On December 31, 2022 we posted an article on Infectious Disease. In that article we described an emergency medical situation that took place a month before when I was in North Africa. As we explained in the article, without immediate access to two prescription medications I may not have made it out of that incident.

The reason we had immediate access to medications was that we were very close to a pharmacy, and in that particular country one can walk into a pharmacy and purchase almost any medication without a prescription. This is not the case in many locations, especially in the West.

There are also times during which one may not have immediate access to a pharmacy, hospital, or doctor. Such times may include during international travel to rural locations. It may also be the case that the locations to which we travel or where we live may experience political unrest, a severe economic crisis, a pandemic, or a natural disaster. In such cases immediate access to emergency medications may be limited. In addition, there are a number of places today where certain medications are not available due to supply chain issues.

For these reasons, we suggest that individuals consider setting aside a reasonable amount of medications to which they can have immediate access in an emergency situation. These may include over-the-counter fever reducers, antihistamines, cough medications, etc. By way of example, the image below shows the case that we set up in December 2022. 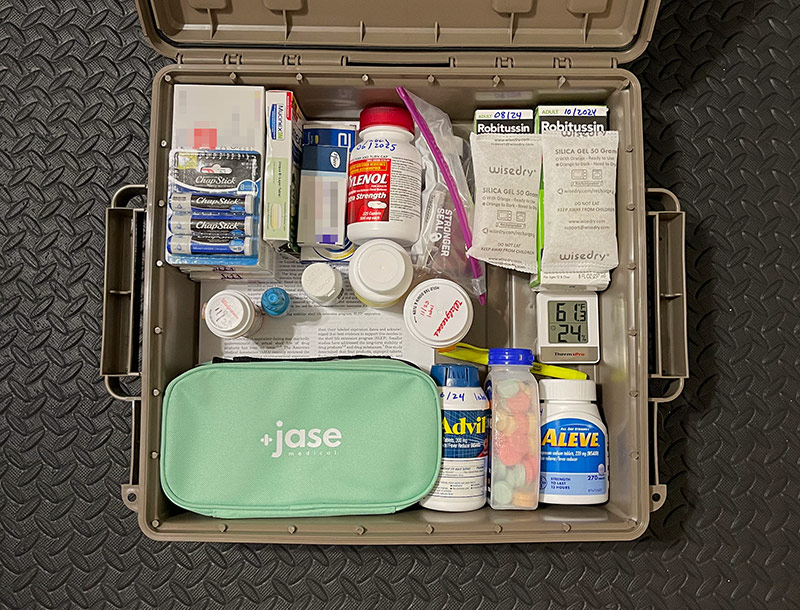 This is a MTM ACR5-72 ACR5 Utility Box that has an air-tight seal. Since it’s important to keep medications in a dry environment, we added two Wisedry Rechargeable Silica Gel Packets. Whereas our home normally stays at around 50-60 percent humidity, the MTM case with the Wisedry packs keeps the humidity between 16 and 25 percent. The gauge shown in the box read 24 percent at the time we opened it to take this image. Most of the items shown are over-the counter medications. Some are in short supply right now due to supply chain issues and may take a few weeks to obtain.

But what about prescription medications? How does one set aside things like antibiotics, inhalers, and Epinephrine injectors for travel or for an emergency? For a long time this was a challenge. For example, many who wanted to set aside some antibiotics for emergency use were forced to purchase those intended for fish tanks and hope they are safe for human consumption. Thankfully, this is no longer the case.

There are at least two options we’ve recently learned of to solve this problem. One is offered by Jase Medical, and the other by Duration Health. Both of these services are apparently operated by physicians with access to pharmacies. After an initial consultation, they will work with you to develop a supply of emergency prescription medications tailored to your travel or emergency needs.

Although we have not yet tried Duration Health, we did evaluate Jase Medical. We found the process to be reasonable, and relatively cost-effective. After completing their online process, within a week we received our “Jase Case” in the mail. It contained five different antibiotics along with an emergency guide outlining the proper use of each one. 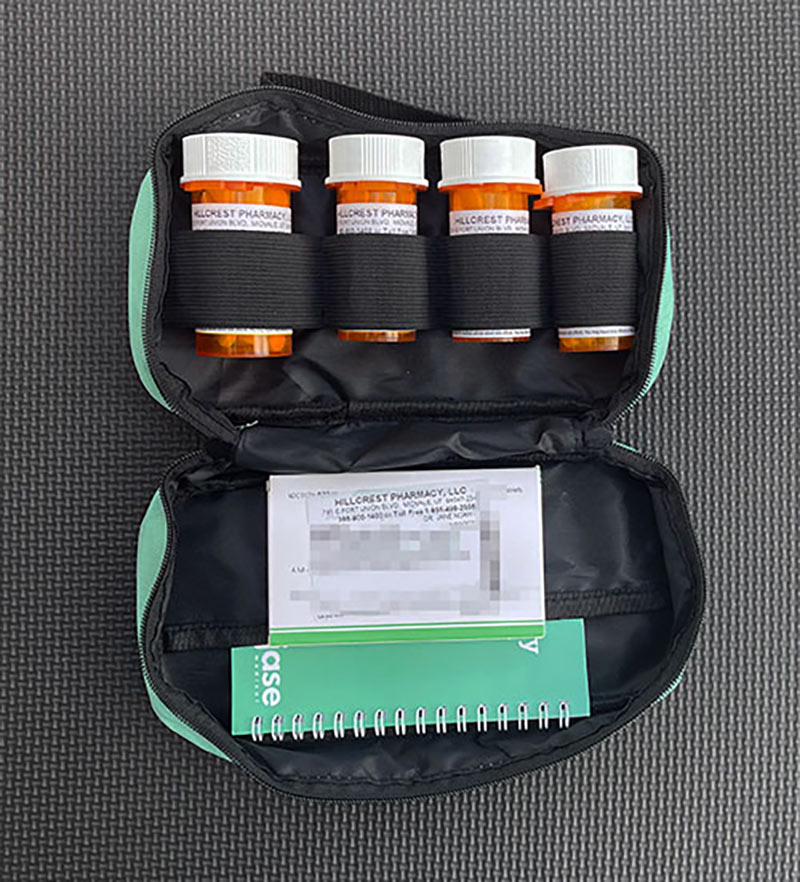 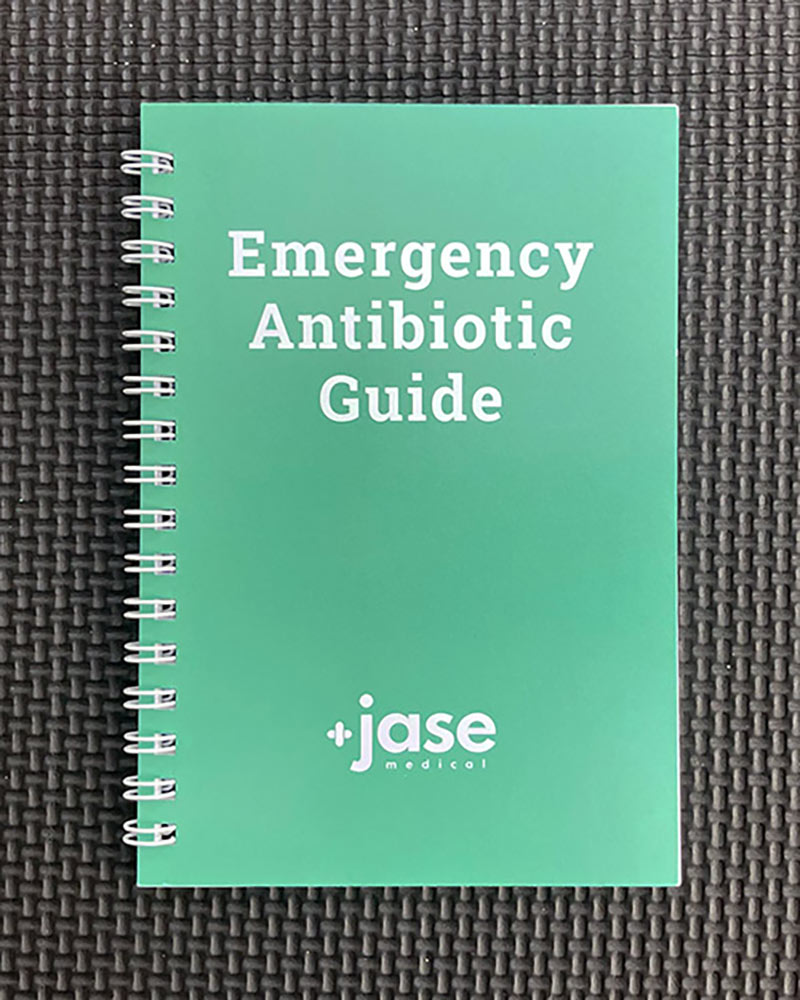 While we do not under any circumstances recommend taking any prescription medication unless under a physician’s care, especially antibiotics due to resistance issues, our experience has shown that having immediate access to such items in the event of an emergency when they would otherwise not be available is something to consider. Based on my recent experience, I plan to carry at least one of these antibiotics and an albuterol inhaler when I travel internationally. Both have been prescribed to me, and thus I should not have any issues traveling with them.

As an aside, please note that when medicines are prescribed to an individual they are apparently recorded on some sort of registry. We found this out at my annual physical last week when my doctor in Florida had a list of medications prescribed to me by Jase Medical, which is based in Utah. Also listed were the prescriptions issued to me while in the hospital six weeks before my physical.

It should be noted that we have only recently become familiar with the two sources of emergency medications listed above, and so we cannot yet offer any meaningful recommendations with regard to their services.

It’s interesting to note that many medications, including antibiotics, are marked with a one-year expiration date. However, an ongoing longitudinal study administered by the Food and Drug Administration for the United States Department of Defense was started some twenty years ago. This is known as the Shelf Life Extension Program (SLEP). You can review the results as of 2006 by searching researchgate.net for a report titled “Stability profiles of drug products extended beyond labeled expiration dates.” The report lists medications by name and the degree to which they remain at least 90% effective in some cases for years after the date shown on the expiration labels.

We are not doctors, and the content of this article should not be seen as medical advice. It’s simply that our recent experience has convinced us of the need to set aside some basic emergency medications in case they are needed. We hope that you may find this information helpful in some way.