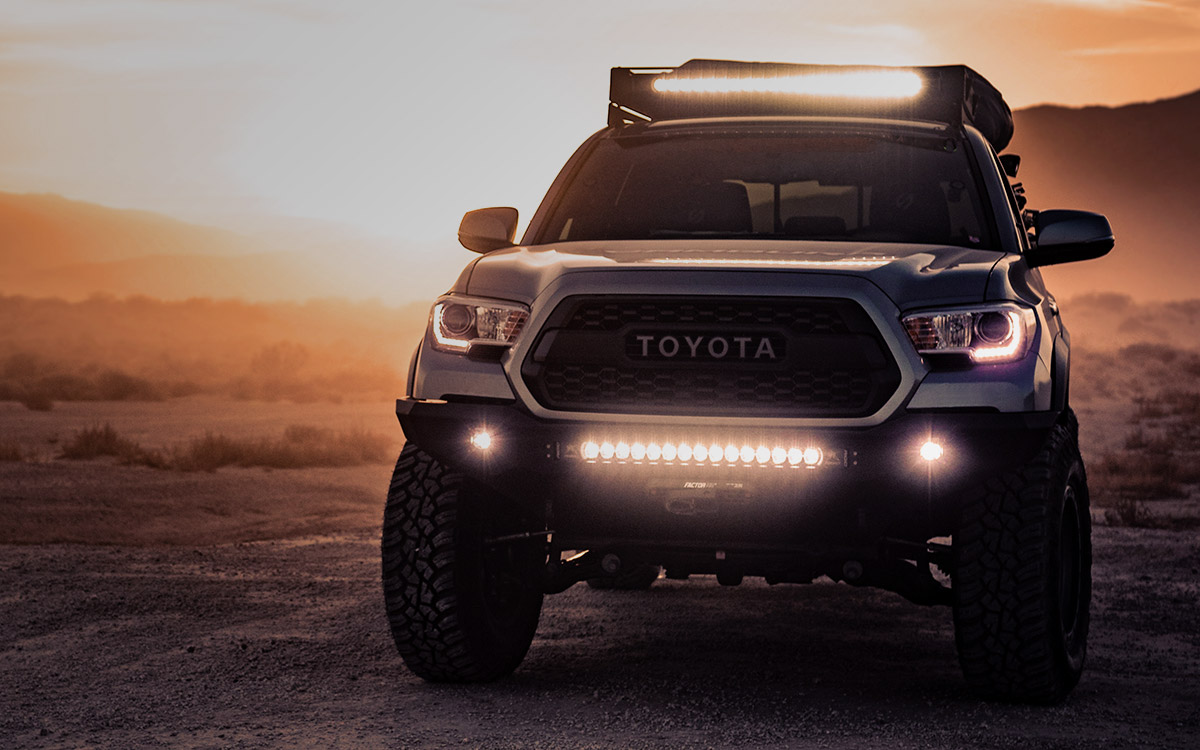 In last week’s article we addressed the need for communications redundancy. We noted that for most domestic (CONUS) and international (OCONUS) travel we make use of a three-tier Comms Redundancy Plan. This includes an iPhone (Primary), a MacBook Pro (Secondary), and the Garmin InReach (Tertiary). We also suggested that we would add the Iridium Extreme 9575 satellite phone as a fourth tier if headed to a conflict zone or for travel while responding to a crisis incident.

While traveling for emergency response or within conflict zones, it’s not unusual to be “off-grid” for long periods of time. In other words, to have limited access to a reliable source of electricity to keep one’s communications devices charged, and thus operational. This brings us to the purpose of this week’s article.

Having access to the devices shown in the image above allow for emergency communications from almost any spot on earth. It’s crucial to recall, however, that they turn into dead weight if one cannot keep them at least partially charged. Even at a 10% charge, several of these devices can be used to communicate for hours. So how do we keep these charged in the most extreme locations? The answer depends on the Loadout Level in question. 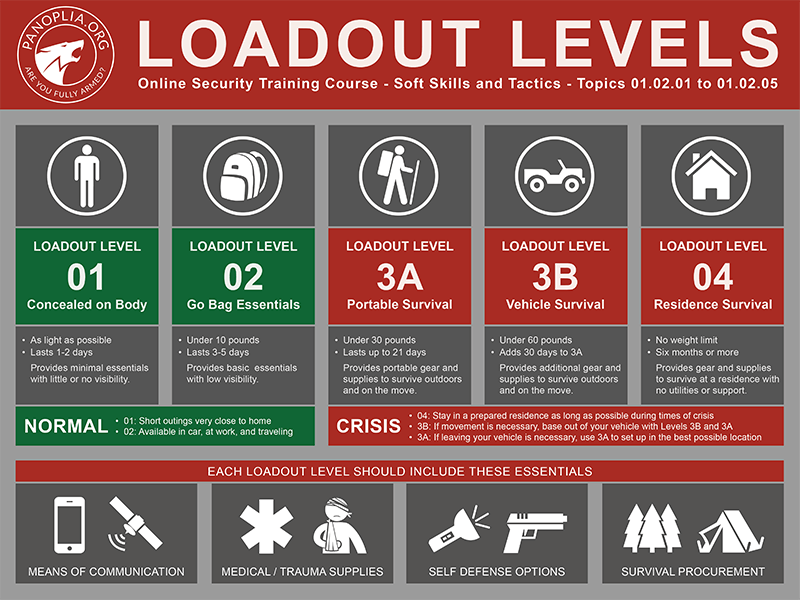 LOADOUT LEVEL 01 (LL-01) – Concealed on Body
We advocate keeping one’s LL-01 as lightweight as possible. In the SST course we also suggest that one have access to a Loadout Level 02 bag at almost all times. This being the case, we don’t carry a charging option as part of the LL-01. Instead, we ensure that one’s Primary communications device, generally a smartphone, be fully charged whenever leaving home or a base of operations.

LOADOUT LEVEL 02 (LL-02) – Go Bag Essentials
We recommend carrying a portable charger as part of one’s LL-02. These can be extremely light, and can charge a smartphone several times. We tested the 10,000 mAh AINOPE charger that costs about $26.00. It weighs 192 grams (6.8 oz). On an iPhone 8 Plus it increased the phone’s charge level from 28% to 64% (+36%) in 30 minutes. It used 14% of the portable charger’s capacity to do so. We left it plugged in, and it brought the iPhone to a 96% charge in just over two hours, using a total of 25% of the portable charger’s capacity. An InReach unit takes very little power to recharge, and tends to recharge very quickly. A portable charger like the one mentioned above fits nicely into an LL-02 bag. 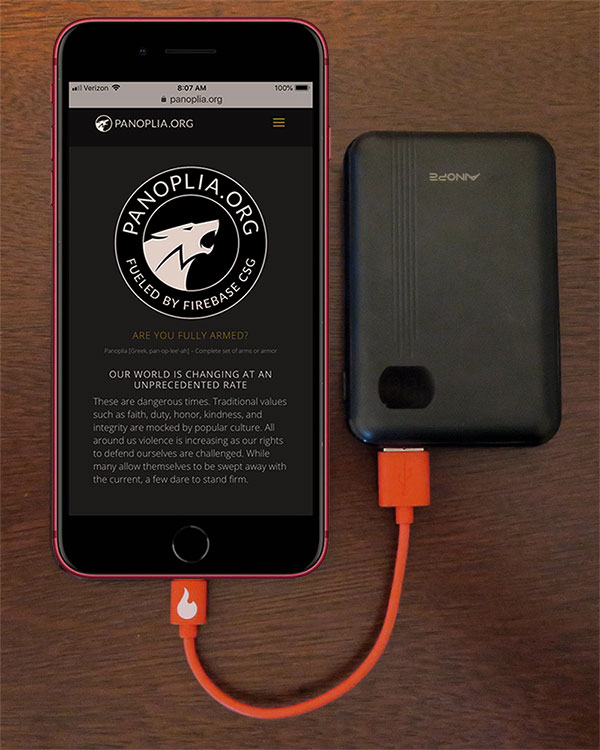 A note on charging times. Many, perhaps most, digital devices charge quickly until they reach a threshold of about 80% charged. At that point they transition to a trickle charge in order to protect the Lithium battery. For this reason, charging a device from 80% to 100% can take some time. Recall, however, that one can often work or talk for hours on devices with far less than a full charge.

LOADOUT LEVEL 3A (LL-3A) – Portable Survival
We recommend carrying several portable chargers like the one noted above as part of one’s LL-3A. We also recommend carrying a small solar charger to replenish the portable chargers if access to an electrical outlet is not available. We prefer the Goal Zero Nomad 7. The one I carry was purchased in 2016. It has worked flawlessly. It weighs 366 grams (13 oz), and when folded is slightly larger than a paperback book, yet is very thin. It can easily fit within a LL-3A backpack.

On a partly-cloudy morning the Nomad 7 brought the AINOPE portable charger from 33% to 44% charged (+11%) in 90 minutes. Although we prefer to use solar charges to replenish portable charging units rather than charging a smartphone directly, the latter can be done. In our test (shown in the image below with the iPhone under a towel), the Nomad 7 brought an iPhone 7 Plus from 9% to 19% (+10%) in just 15 minutes with full sun. That can provide over two hours of talk-time in just 15 minutes with this small solar charger. 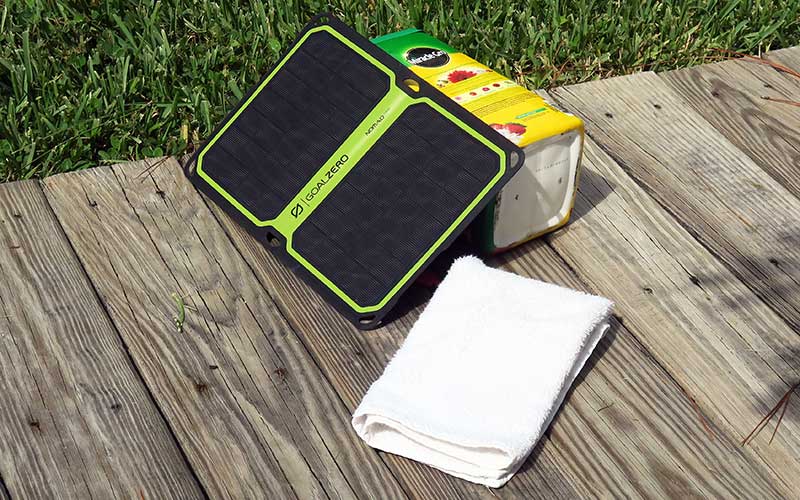 When using solar units we prefer charging portable charges rather than smartphones for two reasons. First, the rate of charging fluctuates wildly based on the amount of sunshine available. Although smartphones can likely handle this, we’d prefer to subject a $30 portable charging unit to these fluctuations rather than a $1,200 iPhone. Finally, one cannot always stay right next to a solar unit while it’s charging. If in one’s temporary absence the units are either stolen or damaged in some way, the loss is far less with a portable charger than with an iPhone.

Next week we plan to continue by looking at how one can keep the communications devices found within their Loadout Levels 3B (Vehicle Survival) and 04 (Residence Survival) charged and operational.

For Loadout Levels 01, 02, and 3A above, the total cost to keep devices charged without access to electricity is less than $150. That’s a great value for what’s provided during emergency situations.

Note: Panoplia.org has no affiliate relationships with manufacturers or retail suppliers. We simply share our views about gear and supplies that work well for us under hard use.