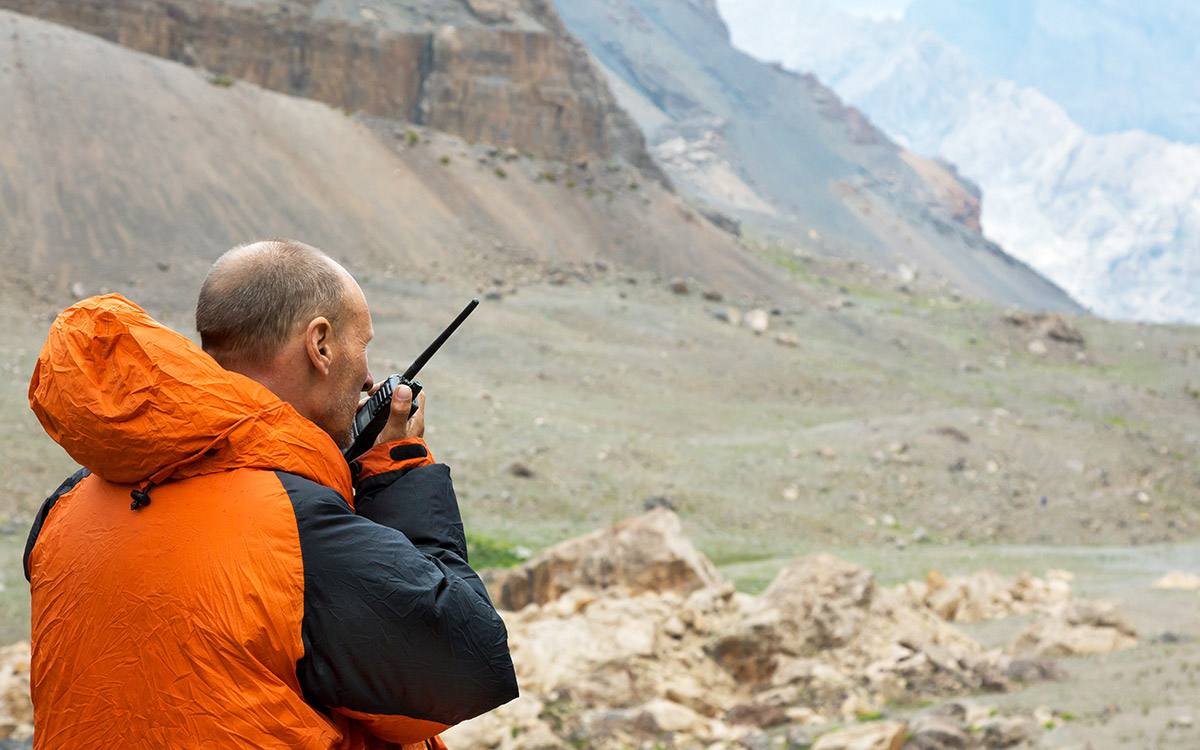 How would you call in your position without a secure communications option?

We shared in topic 02.03.01 of the Soft Skills and Tactics course the account of how a friend was killed in an ambush by Islamic militants. The attack was possible due to an infraction concerning time and place predictability. As helpful as it is for a militant to know the optimal timing for an attack, knowing the exact location where his intended victims can be found is of far greater tactical importance. This highlights the need for sharing your position during an operation, movement, or extraction on a strictly need-to-know basis.

For individuals operating in high-risk environments, it’s ideal to have a secure communications link with those to whom they report, and with those advising them on security issues. In the real world this scenario is not always possible to achieve, especially during a crisis. At times it’s necessary for one to transmit a location using less-secure, or even open, communication channels.

In topic SST:02.03.02 we outlined the importance of establishing pre-planned evacuation routes when traveling or operating in high-risk areas. These plans would have code names for set waypoints and locations. The code names would be known by both the base and the travelers or operators. In this way locations can be called in, even over an open communications channel, and anyone who intercepts the information would have no way of determining the actual locations being discussed.

Making use of secure communications and pre-planned location codes represents the ideal. As we all know, however, things don’t always go as planned. There’s been a number of times when we’ve received calls for assistance or rescue over open channels when no pre-planning was in place. In such cases it’s easy for anyone with bad intentions to use this information to set up an attack.

If you’re the one in trouble in these less-than-ideal circumstances, you have only a few options to share your location. You can give an address if there is one. You might also call in your exact latitude and longitude coordinates. If you have the equipment, you might even be able to call in your MGRS grid reference. The problem is, as noted, sharing these over an open channel would give anyone listening to your conversation access to your exact location.

Until recently there were few ways to overcome this vulnerability. A few months ago, however, we discovered a possible solution. If you’re thinking this involves devices only available to government agencies and costing more than your dream vehicle, you’d be wrong. In fact, this solution is free, and available to the public.

The story goes that an individual in the United Kingdom who managed bands and performances became frustrated when equipment would show up at the wrong place due to an incomplete address or an especially difficult-to-find location. In response, he and a few friends developed a geolocation system called What3words (W3W). They divided up the world into 3×3-meter grids, and labeled each with a random three-word address. That’s an accuracy of about 10’ x 10’, or the size of a bedroom. What this means is that any point on earth can be shared with just three words. For example, the W3W address for The White House is ///curve.empty.buzz. 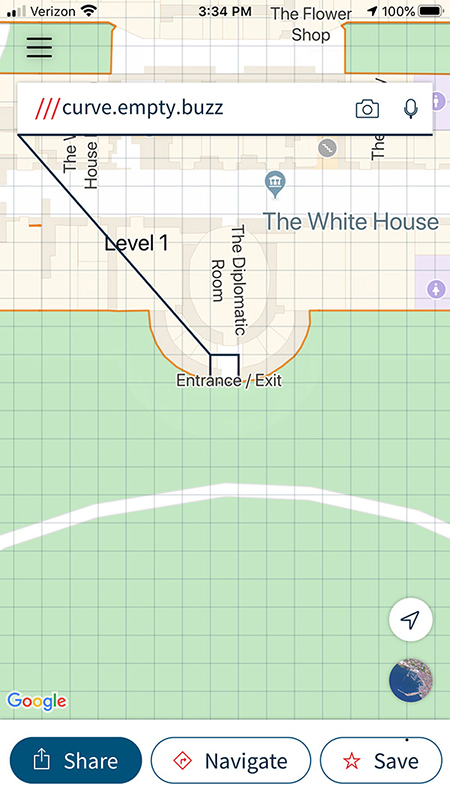 This system, available as a free smartphone app, has many uses. It’s slowly being adopted by car manufactures, emergency services, and a host of other industries in various parts of the world. It integrates with apps such as Google Maps, Apple Maps, etc. for navigation.

Although we haven’t fully tested it, it’s said that the W3W app will give you your three-word location even when no phone service is available. Their support page notes that: “Without phone signal, the app functions the same as when you have no data connection: you can view the location of any what3words address you enter. You can also navigate to it using compass mode.” Some see little need for a new system like this since they do just fine with the more common mapping apps. But an interesting use case came to mind for us.

Even if you share the three words themselves in the proper order, the chances are slim that anyone listening would figure out what you’re talking about. I tested this on some pretty savvy individuals. I said something like, “Could you find game, homes, flash if your life depended on it?” Note that there’s no need to use the dots between words when communicating them, only when you’re entering them into the W3W app. Even the brightest I know couldn’t figure out what I was talking about and gave up. This is actually the W3W location for the Statue of Liberty.

Those with experience operating in challenging areas can, no doubt, come up with many ways to communicate three words in a less-obvious manner. For example, in written form you could include a list of twelve or more words and show the time of the report as 02:46 hours. This would mean that the three words are the second, forth, and sixth in the list. You could even work them into a sentence. For example, open the W3W website or app and see if you can find a location using the following sentence:

“I walked through a building that had been intentionally burned down many years ago. To my surprise I learned that like almost anything else, even torched windows decompose.” This should be pretty easy to figure out. If it’s not, try entering torched.windows.decompose into the W3W app or website and see what you can discover.

Note that if the words in the 3×3 square don’t work well in a sentence, you can move to another square. As shown in the image above, the White House has dozens from which to choose. Each would have its own three-word address. I clicked around on the Sphinx until I found words I thought I could communicate in a sentence.

To share the location of the Sphinx using more traditional means, you would have to write out or say 29.975277, 31.137637 for the latitude and longitude, or 36RUU2031817505 for the MGRS grid reference. These would be more easily recognizable as locations to anyone with even basic navigation skills.

Again, those with experience serving in challenging locations would likely not place the three words in order and next to one another. They would be far more creative than was shown in this example. Use your imagination and work with someone you know to see how good you can get at sharing a location in a way that it would be of no value to anyone who happened to get hold of it. See if this solution to the vulnerability of sharing your location over an open channel might work for you.

Just for fun, see if you can figure out the location for, “In its construction they used many unique finishes, revealing the fact that these were highly skilled ancient laborers.” Let us know in the Comments below if you can figure this out. Note that the three words are in order, and refer to a well-known tourist attraction in South Asia.