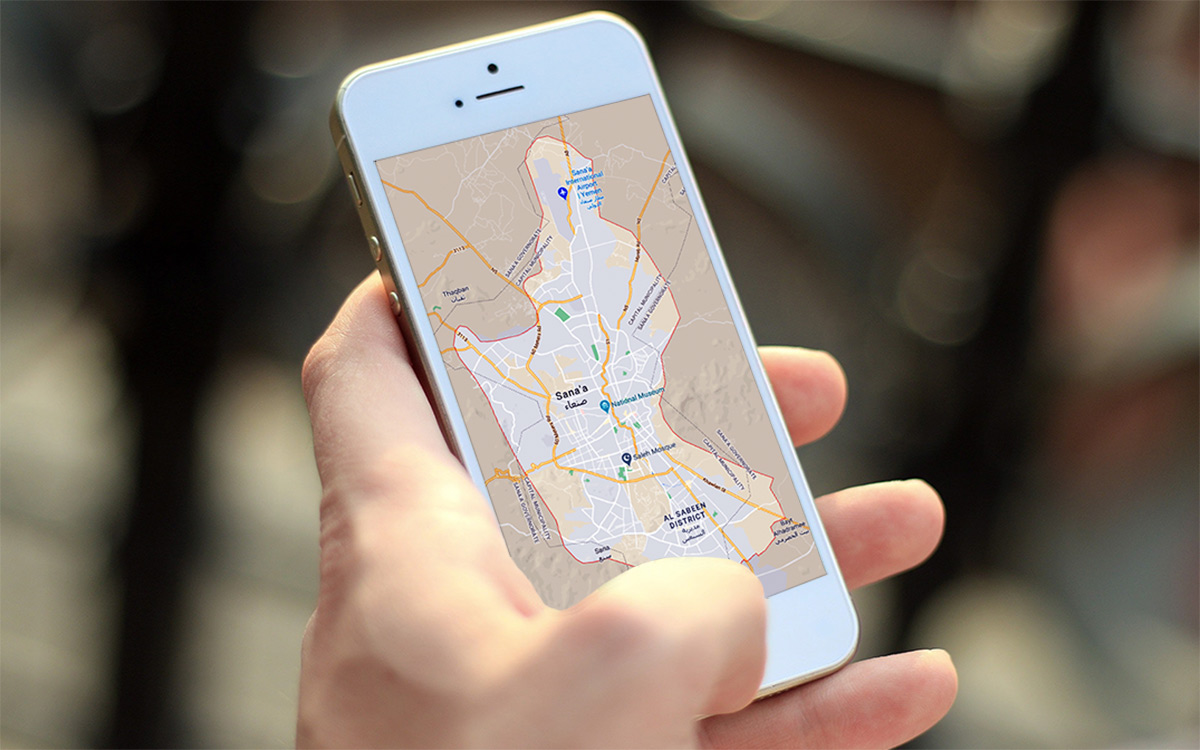 With the dawn of smartphones, getting from one place to another has become easy. Push a button, ask for driving or walking directions to a location, and we’re off. Without us even having to look at a map, our phones can guide us where we want to go with turn-by-turn directions. This is true for trips across town, or epic journeys across a country.

In the Panoplia.org SST course topic called Survival and Navigation (SST 01.01.03) we recount a story of how some young people may have never even seen a printed map, let alone had to use one. 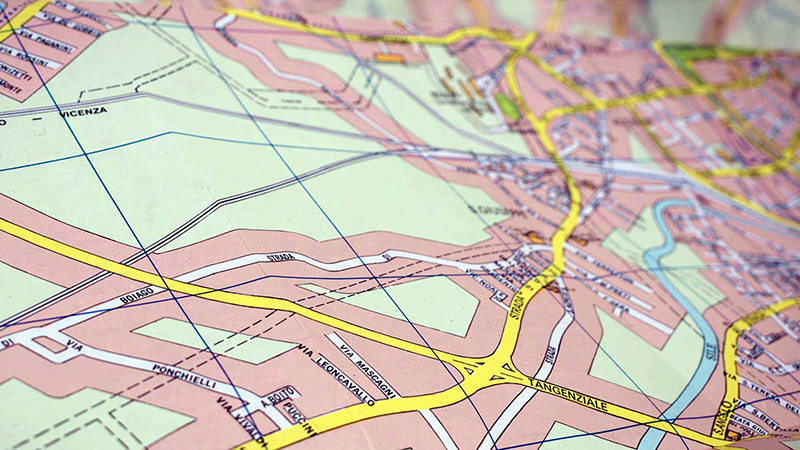 During a training course in Europe a group of younger people were asked to find their current location on a paper map. Despite the fact that they were standing close by a major landmark, they were unable to do so. Before those of us who grew up using paper maps give young people a hard time, ask yourself how long it’s been since you unfolded and followed a printed map.

The point is, when something that once took a degree of skill and practice becomes easy, the temptation is for us to become complacent. This is fine as long as our smartphones remain connected to a service provider. In the absence of this, could you get from one point to another?

For example, could you right now locate and drive to the nearest FBI office? Without access to the Internet you’d probably have to drive to the local police station to ask where it is, or go to the local library to look it up. Once you have the address you’d then have to make your way there. Could you do so without any digital devices? If so, you’re likely one of few who could.

This points to the fact that if we don’t want to be dependent on always having a connection to the Internet or a mobile service provider, it’s important to have a few backup systems in place. A good start would be to order printed maps or an atlas of the areas you’d likely have to travel during a grid-down scenario or a political crisis. Having printed maps helps ensure that no matter what happens to your digital devices, you have a good shot at being able to navigate as long as you’ve put in a bit of practice in doing so using “old-school” methods.

Once you have the printed maps you need, avoid marking key locations on the maps themselves. Marking the terms “home” and “bug-out location” on your maps can offer anyone who may find them the chance to quickly determine your current location, or the location to which you may be heading. Instead, consider developing a code system that works for you and for those you plan to meet. 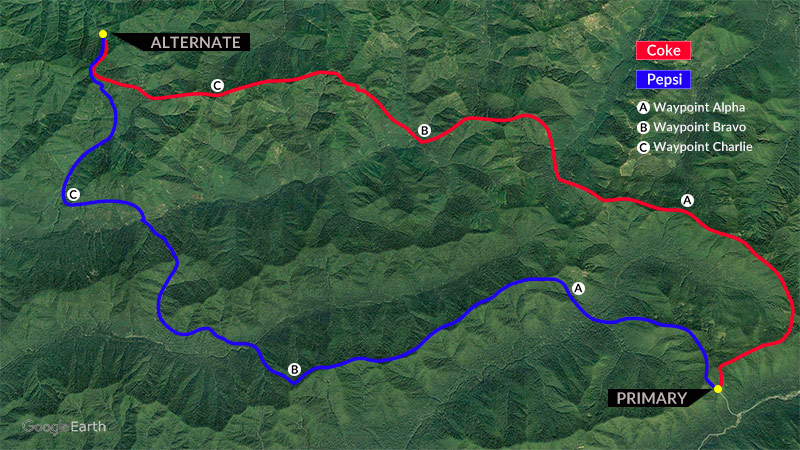 The over-simplified example above illustrates a code system like the one we use when traveling within less-secure areas overseas. When we plan travel or evacuation routes we use code names for the routes themselves, and for the waypoints between the start and end locations. Each of the team members is expected to remember the routes and waypoints by code-name and by the actual names. The latter are written down for those who stay behind and who monitor our movements. The team members on the ground do not have a printed copy of this. It has to be committed to memory.

The advantage to using a system like this is that we can communicate on open channels to our team at the base. They can track our progress, whereas anyone else who might be monitoring the open channel would have no idea of where we are. For example, if we report that we reached Coke Bravo, this would pinpoint our exact location to the base. They would not only have access to an image like the one above, but another document would list the exact Military Grid Reference System (MGRS) and/or Latitude and Longitude coordinates of the various locations. Anyone else listening would be mystified. We explain this system and its benefits in more detail in topic 02.03.02 (Base-Monitored Movements) of the Panoplia.org online Soft Skills and Tactics course. 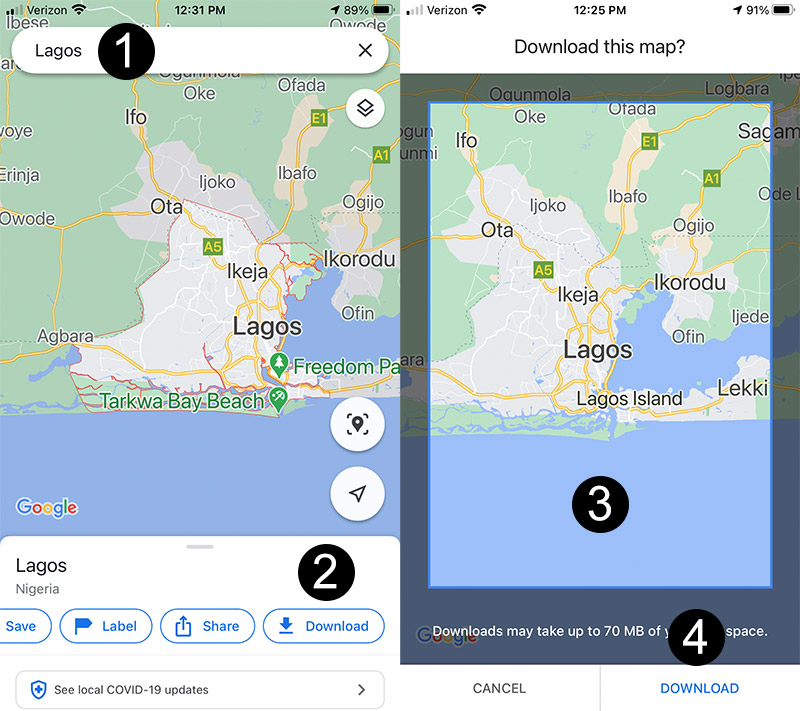 In addition to having printed maps for backup, one can also download maps using Google Maps and similar apps for use offline. The steps to do so on Google maps, at least on an iPhone, are as follows:

1. Search for and click on the point of interest. This can be a town, city, or even a state.
2. On the options shown below the resulting map, swipe over and select “Download.”
3. On the resulting screen, use two fingers to adjust the map to be downloaded to the scale you prefer.
4. Touch the “Download” button on the lower-right of the screen.

This will save the map on your iPhone. You can access the map when offline by opening the Google Maps app, and then pressing on the icon that appears to the immediate left of the words “Search here” in the search bar. There are some limitations to what one can do with downloaded maps versus live ones, yet they can still be very helpful. 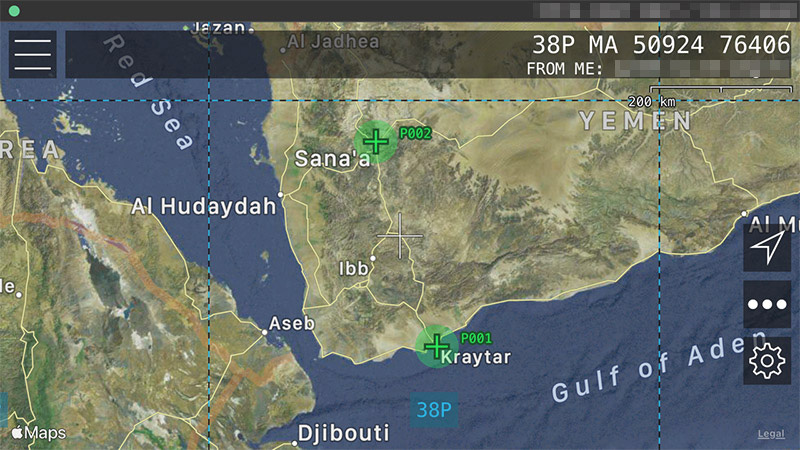 We’ve not used Google Maps offline to navigate while overseas. We have, however, used an outstanding navigation app known as MilGPS. This app (shown in the image above) is designed for use with the MGRS coordinate system. There are quite a few features. The one we’ve used most heavily is the ability to enter waypoints before leaving on a trip. Once waypoints are in the app, one can navigate to them from a current location without having Internet, WiFi, or a mobile connection.

The MilGPS app proved very helpful on one particular occasion. Myself and two others were traveling in the Middle East. We had arranged to conduct a few days of training at a location way out on a desert road. The local driver knew the general location, but not the exact position. After some time we arrived in the area. The properties out there were all behind very high walls with metal gates. The driver looked at the various properties, yet had no idea how to determine the correct gate.

From the backseat I pulled out my iPhone, opened the MilGPS app and pressed the waypoint. I then told the driver that the gate we wanted was 30 meters down from where we were. He followed my directions, approached the very tall metal gate, and honked his horn. To his surprise a guard opened the gate, looked at the passengers, and allowed us to pass. The app had brought us to the exact spot in the desert that we needed to find. The driver looked at me as if I had performed some sort of magic trick.

Since the waypoints listed on the MilGPS app show the exact coordinates on a map, it’s not always a great idea to use this in less-secure locations. There’s not a great way to obscure the waypoints on such an app. And yet, the waypoints themselves and/or the app can be deleted from one’s phone within a few seconds if necessary. Like everything else, one needs to weigh the risks and rewards when choosing to use something like this.

As you consider ways to navigate from one location to another, it helps to have a backup plan in case for some reason you lose access to the Internet and to mobile service providers. If you have a favorite backup plan for such an occasion, feel free to share it in the Comment section below.