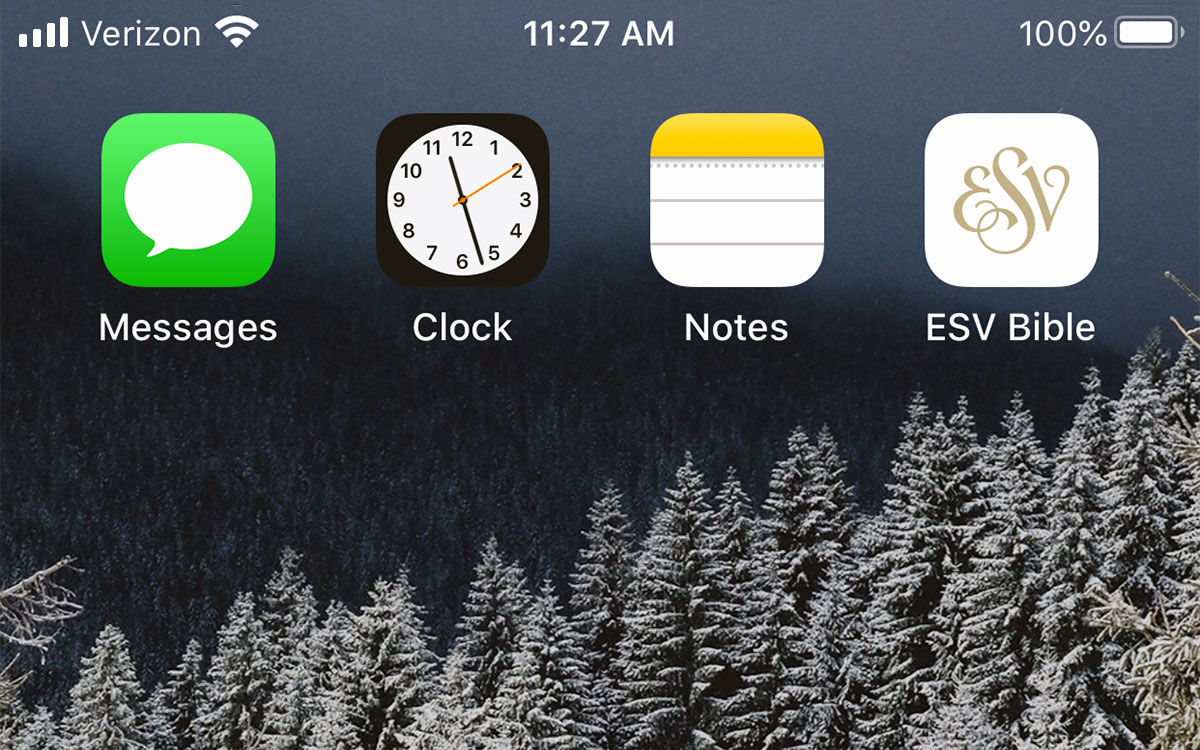 In an ideal world we would have years of training and experience in hard skills and tactics, soft skills and tactics, and survival skills across a wide range of climate zones. We would be thoroughly familiar with our various areas of operation and the groups present within them. Finally, we would have memorized key MGRS points to at least twelve digits, and would be able to recall even the most obscure settings and options for every piece of gear carried in our Loadout Level 3B bag. The problem is, we don’t live in an ideal world, and things have a way of going bad at the worst possible times.

The fact is that we live in a complex world. No single individual has the ability to know everything and to be able to recall detailed information from memory on every necessary topic. This being the case, even the most highly trained among us have the need for backup information. Fortunately, “there’s an app for that.”

Hidden within every iPhone is a seemingly innocuous app known simply as “Notes.” Not many people get very excited about this app, yet you should not underestimate it’s power or significance. In fact, if used well it can be among the most valuable apps on your iPhone. Moreover, since it’s so common and uninteresting to many, it’s likely that few interrogators would even bother to look at it if you are unfortunate enough to be in the custody of a repressive government or some other “bad actor.”

We’ve been involved in advising dozens of individuals who’ve been held and aggressively interrogated, some for many days, by some of the worst authoritarian regimes, and/or by kidnappers. During post-incident debriefings we cannot recall an individual having been asked about their Notes app, even though their digital devices were used during interrogations and other apps were scrutinized in detail. There’s no guarantee that this will be the case during every interrogation, yet it is interesting to note. Notes is one of the few apps that I have installed on my international travel iPhone.

Simply put, your Notes app can hold thousands of images, videos, PDFs, and text documents. The app allows you to organize them very well, and to password-protect those you would like to keep more private. They can be accessed without a phone signal or WiFi, and can be deleted within seconds. Finally, the contents can be searched by key words if necessary. If you also have a Mac laptop or desktop, you can organize all your Notes using it, and they will automatically be available on your iPhone if you have the Mac and Notes app set to sync with iCloud. 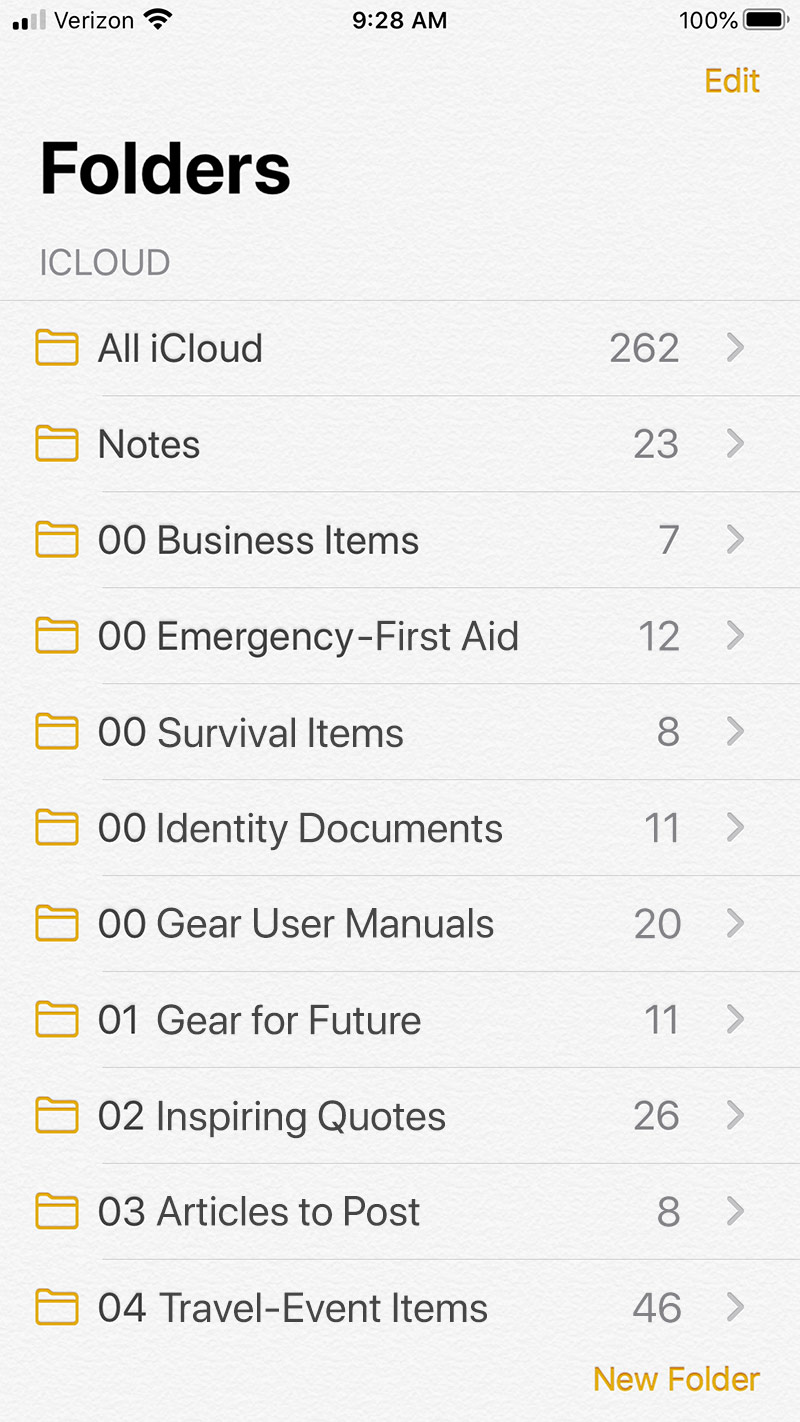 The image above shows about half of the folders I use in my Notes app. Since they appear in alphabetical order, I start each label using numbers so that they appear in the order I choose. The Emergency-First Aid and Survival Items folders contain various instructional videos and documents that backup my training. One can also place scanned copies of international immunization certificates in a folder like this, or in a new folder set up for this purpose. One is only limited by his or her own needs.

The Identity Documents folder has copies of my passport, my driver’s license, my concealed weapons license, etc. I realize that these are not official copies, yet in an emergency they can prove helpful in the event that the originals are lost, stolen, or have been confiscated. With a little editing you can make the identity document match the exact pixel ratio of your iPhone, thus giving it a more official appearance. This never hurts, especially overseas. 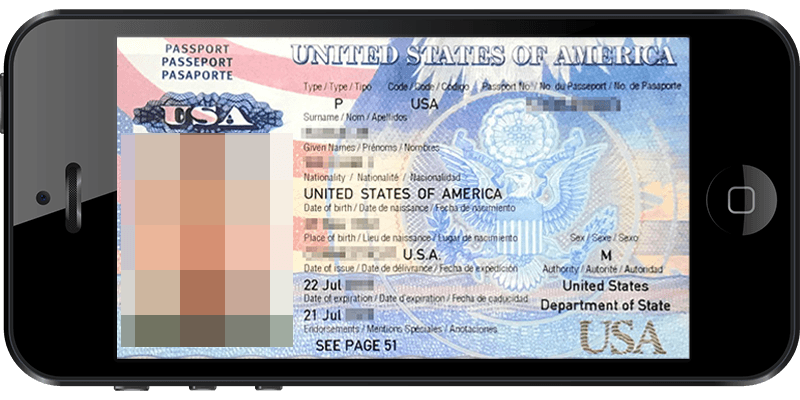 The Gear User Manuals have come in handy. There’s sometimes a small feature that I know exists on a piece of gear, yet I cannot always recall how to access or adjust it. In such cases having the 30-page User Manual available at any time is very helpful. I tend to be very careful about purchasing gear and supplies, and generally only do so after extensive research. If there’s an item that a colleague recommends or that in some other way I stumble on, I take a screenshot or photo of it and place it in the Gear for Future folder. I can then research it at a later time. The other folders shown are self-explanatory.

Not shown are folders that contain more private or covert information. This can include tactically-important operational data. Such items can be password-protected, or secured in any other number of ways. This includes burying key information deep within very long and boring PDF documents such as full-length books or more complex instruction manuals. For example, imagine the effort it would take for an interrogator to find something that appears on page 126 of a 175-page classic e-book. A skilled individual can use the same font and size to place the information in the book in such a way that the entire document would have to be read to find it. 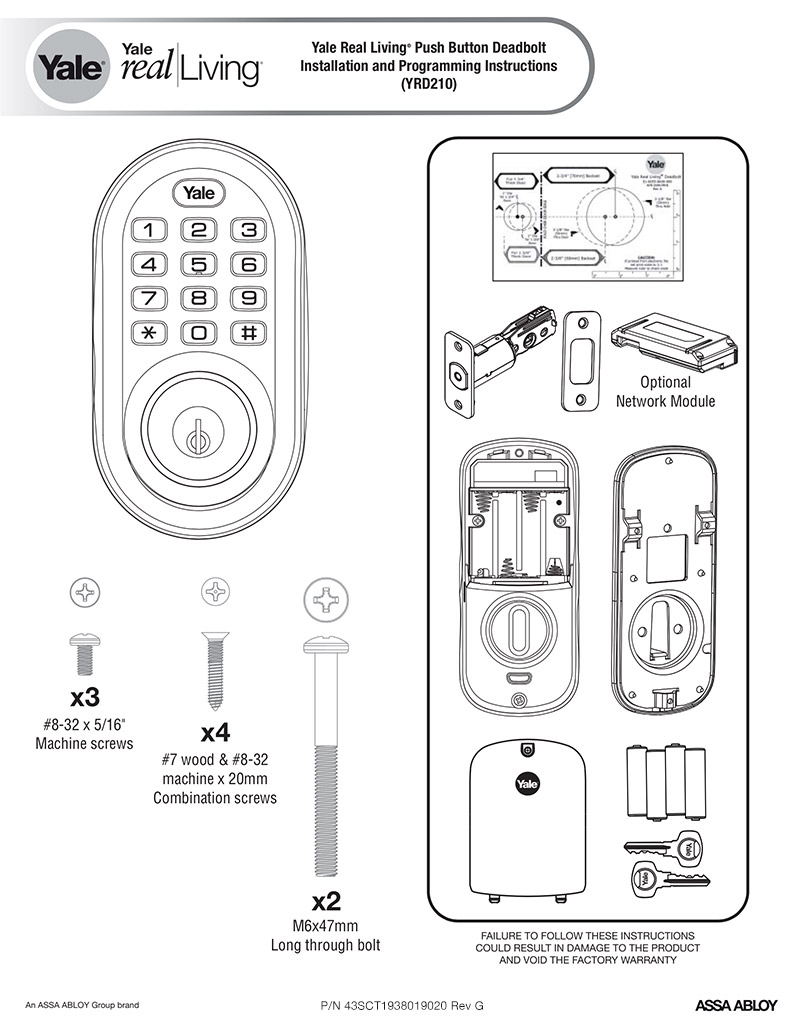 The example above is page 1 of 24 of one of the user manuals in my Gear User Manuals iPhone Notes folder. I have replaced the long part number on the bottom, center of the page with an MGRS coordinate. I used the exact same font and size as the original part number. It’s likely that not even the most skilled forensic investigator would go deep enough into my Notes app, then this folder, then one of many user manuals, and then realize that the part number has been replaced. And yet, all I have to do is access this document on my iPhone to recall an exact meeting location. A single user manual like this could contain many such coordinates.

Here’s a challenge for you. The MGRS coordinate 43SCT1938019020 is buried in the Part Number on the image above. Let us know in the Comment section below if you can find the country, city, and exact location to which this MGRS coordinate points.

There’s almost no limit to the videos, images, or other key information you can have immediate access to using the Notes app. This can include important operational information, or simple everyday items. Anywhere you carry your iPhone these will be available to you. In this way you can turn an iPhone app that few pay attention to into an extraordinary and unexpected tactical tool. The uses are only limited by your needs and by your imagination.