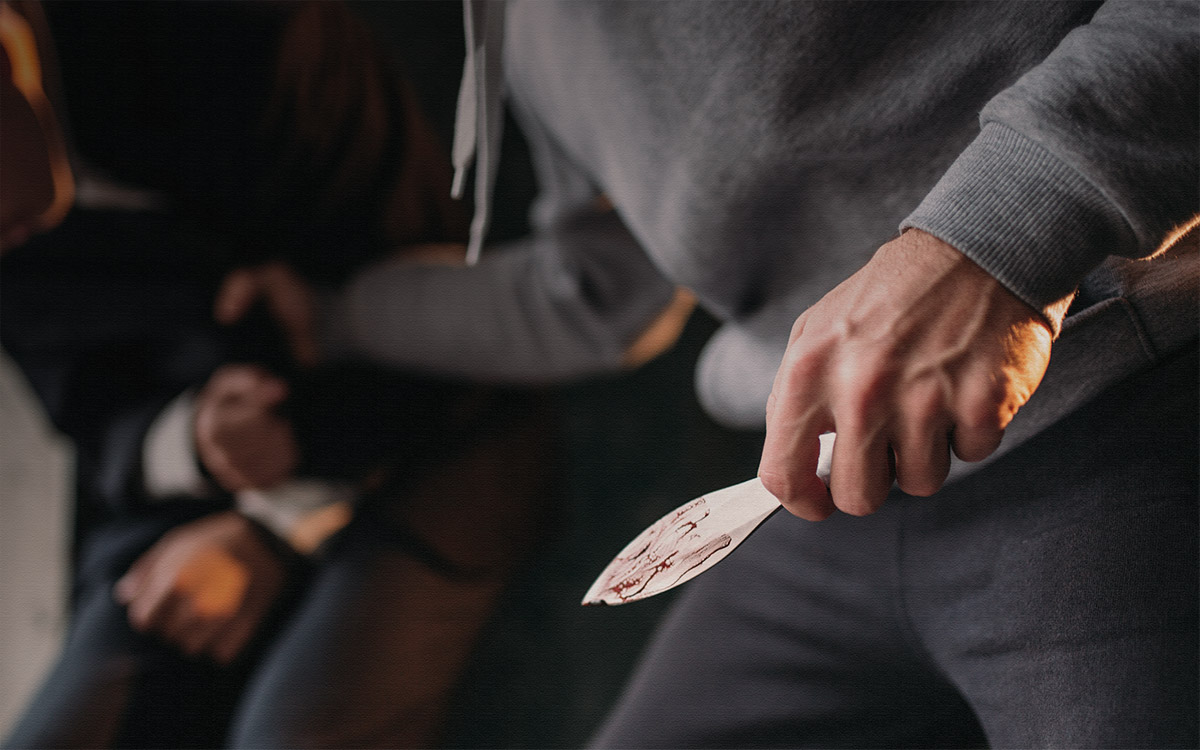 On Sunday morning, July 5, 2020, an attack was caught on video. Two men in their seventies were riding the Number Seven train in New York City. A young man sitting across from them asked “Why aren’t you home with your kids?” He then used a knife to violently attack the two older men. The image below is taken from the video that was published on YouTube. 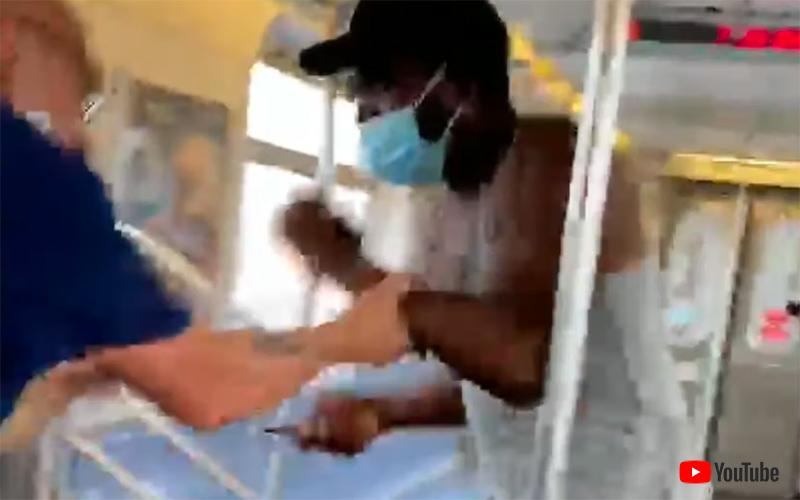 News reports and statistics suggest that attacks involving edged weapons have increased in recent years. This is reported to be the case in the United States, yet the increase is said to be even more dramatic in the United Kingdom.

The skills and tactics that have worked so well for individuals operating in hostile environments and conflict zones overseas are more important than ever for those living in areas of the West that have enjoyed peace for decades. Things in the West are changing quickly, and there’s no question that wisdom is served by preparing for difficult times.

Topic 03.02.04 of the Panoplia.org online SST course is titled, “Edged Weapons.” It’s important to realize why this Topic appears in Part Three, “Confrontation.” This is the case because the SST training in Part One “Preparation” and Part Two “Navigation” are intended to train individuals how to live in hostile environments in such a way that attacks can be avoided. There are actually 37 topics in the SST course that precede the Edged Weapons topic. Each is intended to help ensure that you don’t become involved in an attack in the first place.

There’s no question that Soft Skills and Tactics have saved lives in incredible ways. They’ve also helped make it possible for individuals to achieve their operational objectives within some of the world’s most hostile environments. No matter how trained and experienced one is in SST, however, there’s always a chance that a violent confrontation may unexpectedly occur. That’s the purpose for Part Three of the course. When a Confrontation takes place, it’s vital that you know how to mitigate the impact to the degree possible. 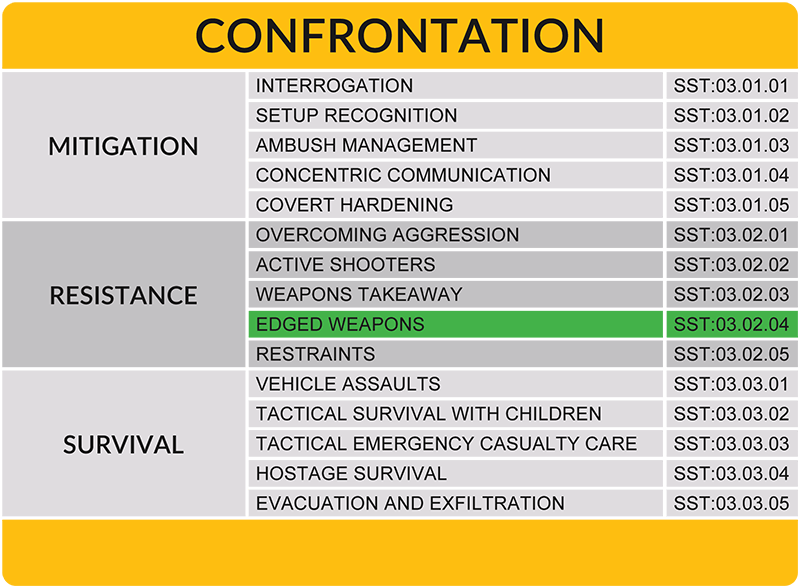 In Topic SST 03.02.04 it’s noted that edged weapons have been around since the dawn of human history. People have been cutting and slashing each other since the beginning. In this Topic we show images of an Every Day Carry (EDC) setup from two centuries ago, and one from the present day. The one item both have in common is a knife.

An important point made in this Topic is that whereas combatives training is important for many reasons, no amount of physical training will ensure that you emerge from an attack involving a knife without being cut. Even those highly trained in martial arts note that during training they would have suffered many wounds had real edged weapons rather than plastic ones been used.

This being the case, we recommend that you consider four things with regard to Edged Weapons Defense:

01 – AWARENESS: Practicing the skills and tactics covered in Part Two (Navigation) of the SST training course will help ensure that you are not surprised by an attack. Local Knowledge, Area Familiarization, Situational Awareness, an understanding of the OODA Loop, and the other 11 topics covered in Part Two are intended to help you navigate hostile areas with a high degree of awareness. These same skills are useful for everyday life as well, and help instill a sense of quiet confidence.

02 – DISTANCE: Unlike firearms, for a knife to be effective it has to be used in close proximity. If you are confronted by an attacker with a knife, create as much distance between yourself and the attacker as possible. As part of your awareness training, know where exits are located whenever you enter a confined area. Don’t limit yourself to the marked exits. To avoid an attack you may have to use something to break a window, or in some other non-conventional way exit the area. Creating distance may also give you a better opportunity to access your firearm if you’re armed and you need to deploy it.

03 – DEFLECTION: If despite a high degree of awareness you find yourself involved in an attack, and if creating distance is not an option, place something between you and the attacker to deflect the knife blade. This is one reason why in Part One (Preparation) we suggest that you carry a Loadout Level 02 (LL-02) bag with you when in public. This can be a simple backpack that has little more within it than an Individual First aid Kit (IFAK). We cover IFAKs in SST Topic 03.03.03. These are actually trauma kits with supplies that can stop massive hemorrhaging. Like all other Loadout Levels covered, your LL-02 should also have a means of communication and a means of self-defense.

In SST 03.02.04 we explain how an inexpensive piece of Lexan can placed into your LL-02 bag so that knife blades will be far less likely to penetrate it. 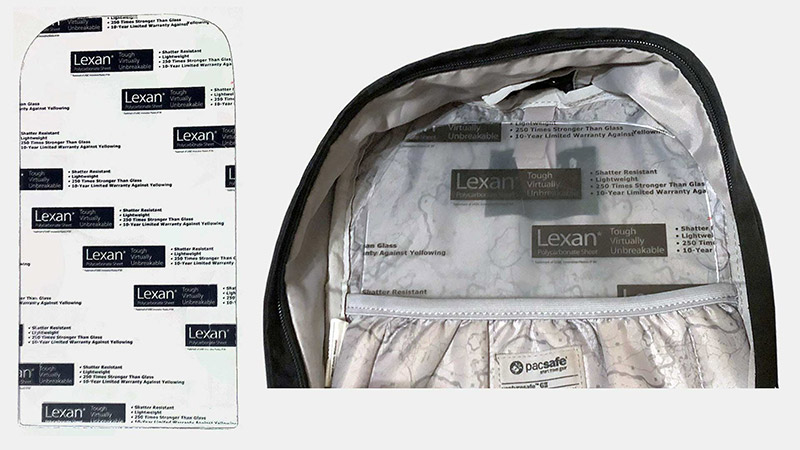 Using your LL-02 bag to defect the knife may also give you time to access an outside pocket that can hold either pepper spray or a tactical flashlight. If you’re not otherwise armed, using pepper spray or a high-lumen flashlight to blind an attacker will likely give you more time to get away.

04 – A SURVIVAL MINDSET: No matter how prepared you are in advance of an attack, there’s no substitute for having a survival mindset. It’s very common for people in today’s world to see themselves as victims in one way or another. In fact, those who portray themselves as victims are actually celebrated by many within our communities. When faced with an attack, don’t see yourself as someone who is about to be victimized. Regardless of the situation, your first and immediate response must be that you’re going to overcome it, and that you’re going to help others as necessary and appropriate.

Please refer to the Panoplia.org online SST course for more information on each of these points. You can do so by CLICKING HERE.

Finally, even though combatives training will not ensure that you can endure an attack in which a knife is used without being seriously cut, it’s still very valuable to take such training. Doing so will allow you to practice creating distance and deflecting a blade using your LL-02 bag or another object. It will also help you develop the survival mindset that’s so lacking in the world today. We highly recommend that you find and attend a good combatives course in your area.