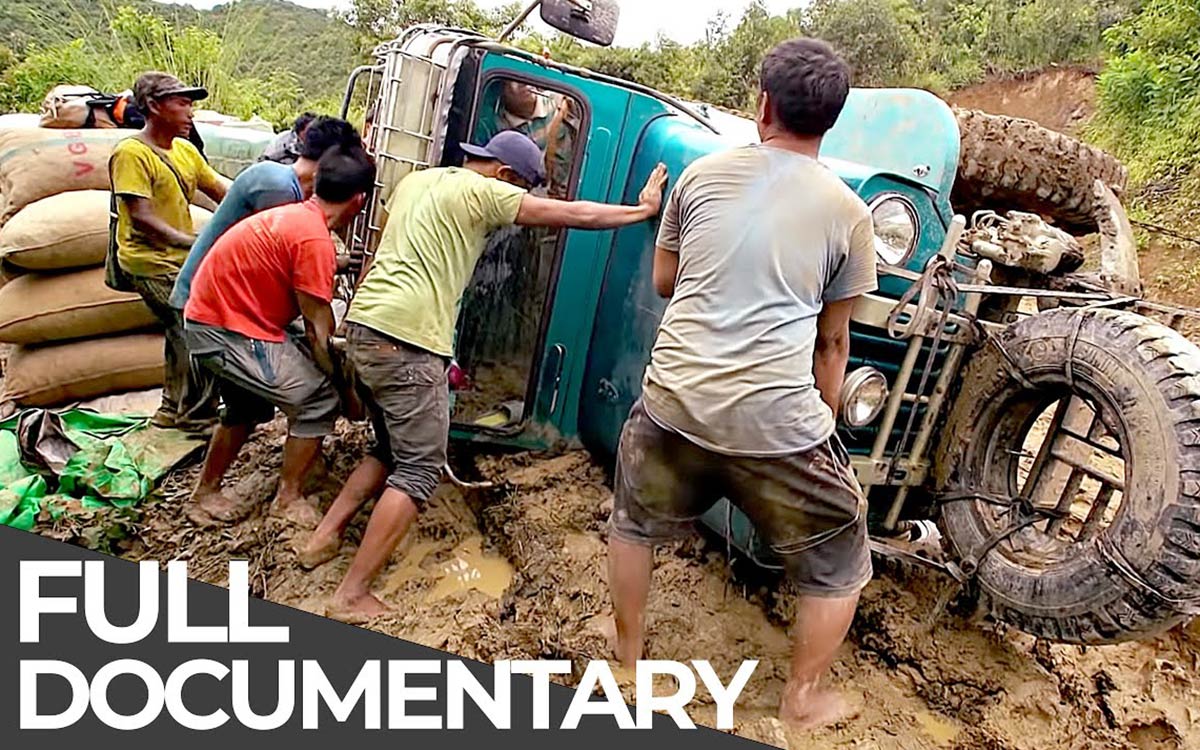 Both my undergraduate and graduate studies were in the field of cultural anthropology. One of the greatest gifts of this training is the ability to perceive the world through the eyes of those who live in very different contexts than one’s own. Twenty-five years after completing my graduate work I’m still thankful for this training. Years of living overseas and the privilege of working in or traveling to over 25 countries have brought many blessings.

That’s one reason why the second topic (SST 01.01.02) in the Panoplia.org Soft Skills and Tactics online security course is called Cultural Context Research. In this topic we define culture as, “Normative thought and behavior based on shared knowledge, values, and expectations.” The topic contains several examples of how understanding the culture and sub-cultures in the areas of operation in which you find yourself is critical to security. We also share how an understanding of culture can actually help you influence the behavior of others without them knowing that you’re doing so.

There’s no substitute for pre-operational Area Familiarization (SST 01.01.01) and Cultural Context Research (SST 01.01.02) during the Preparation phase. This is followed by Local Knowledge (SST 02.01.01) and Operational Area Familiarization (SST 02.01.02) once you arrive in an area of operation. And yet, there are ways that you can expand your overall cultural knowledge base without leaving your home.

One way to accomplish this is to watch documentaries that offer glimpses into local cultures. I recently started watching a documentary series in the evenings that does just that. The series is called, “Deadliest Roads.” It can be found on a YouTube channel called “Free Documentary.” Oddly enough, a few episodes can also be found on other YouTube Channels by different titles. Please don’t confuse this with the History Channel’s “Ice Road Truckers (IRT) Deadliest Roads.” I don’t watch this latter series. It seems to be more for entertainment than anything else.

One way to get the list of episodes I’m recommending is to go to YouTube. In the YouTube search bar enter “Deadliest Roads” with the quotation marks. Look for the links to the titles offered by the Free Documentary channel. This should show about 25 episodes.

The theme common to all these episodes, each of which runs 50 minutes or so, is how people of various cultures deal with the under-developed transportation infrastructure in their country or area. When the titles initially appeared on my YouTube account under the Recommended heading, I was not interested. This was the case because I don’t have a great deal of interest in transportation infrastructure or lack thereof. After finally watching one episode, however, I realized that infrastructure was simply a basic theme around which a variety of cultural topics were intentionally or unintentionally explored.

In various episodes these topics include how people live, what they eat, how relationships work, how they face challenges, what they dream about, etc. A range of human vices and virtues are evident in what is presented. Kindness, selfishness, and corruption are just a few. Other topics focus on faith issues, and how people make do with extremely little and with very outdated equipment. 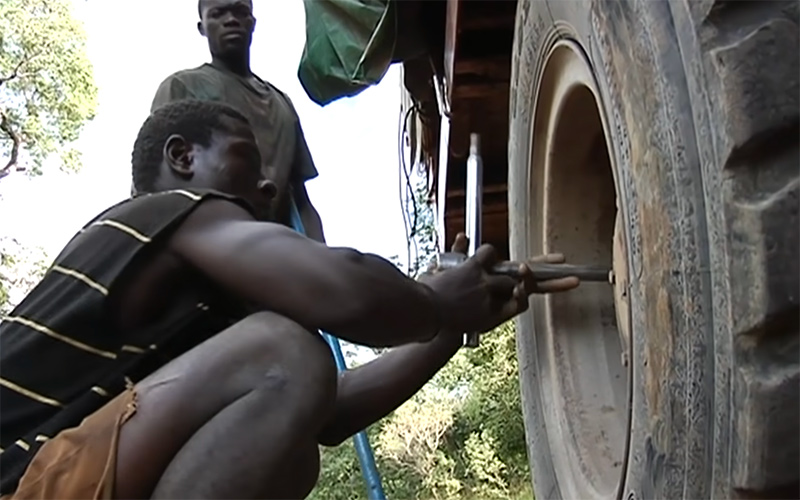 The image above is from 27 minutes into the Congo episode. A Spotter nicknamed Elephant is introduced and interviewed. A spotter is one responsible to look ahead in case there may be rocks or holes in the roads, or even bandits waiting to cause trouble. In this clip, the film’s Narrator says:

The spotters fill in as mechanics, and can repair just about anything. They’re paid $50.00 a month. A basic salary for intensive labor that Elephant finds acceptable since it allows him to both feed twelve members of his family and hope his dream will come true. “Me, I want to become a driver. After six years of security work and spotting, and I’ve learned about mechanics, how to do maintenance, and I know all about trucks – I’m happy. I make a good living, and one day I hope to become a good driver just like Domingo, then I can provide for my parents and my family”

The value of watching numerous episodes is that it helps you understand how members of various cultures meet needs that are common to humans everywhere in a variety of ways. Recognizing this cultural variation will help you expand and develop your cultural knowledge base. You’ll start to see patterns of behavior and variations that will open windows of understanding.

You can build on this foundation by personal experience if and when you have the opportunity to travel or work in other cultural settings. At such times there’s no doubt that having these cultural insights will enhance security. Even if you never leave your home area this expanded cultural knowledge will be a valuable tool in your security kit, and will help you relate to others with backgrounds different than your own.

These films can sometimes be challenging to watch given the circumstances in which the people shown live. On a lighter note, one of the reoccurring themes involves the ingenuity with which individuals repair ancient vehicles. This very much reminds me of an experience I had overseas. We had been living in a particular area for about a year. My mode of transportation during that time was a well-used, two-stroke motorcycle. One day I noticed that oil was slowly leaking from the space between the engine’s cylinder block and cylinder head. Normally a new gasket would solve such an issue. I stopped off at one of the many make-shift repair stalls on the side of the road.

On inspection, the barefoot mechanic sitting in the dirt discovered that the issue was actually a stripped head bolt. It could no longer fasten the head to the cylinder block tightly enough to keep the oil in during the pressure of combustion. Since new parts for old motorcycles were not available, he cut up a tin can to fashion a piece of metal that he placed between the stripped bolt and the threads in the cylinder head. Within minutes I was back on the road. If I recall correctly, this simple repair lasted for as long as I had the motorcycle.

For an example of how an ancient vehicle is kept on the road, see 3:30 minutes into This episode.

Cultural insights and the ingenuity of roadside mechanics aside, an added benefit of watching this series is that it will make you appreciate what you have in terms of resources and opportunities. Several of the countries shown in this documentary series actually have many resources. The problem is that political corruption ensures that the people see very little in the way of development or infrastructure. While the leaders live like kings, ordinary citizens suffer and can barely meet their basic needs.

I sometimes wonder if life in the United States will ever become like what’s depicted in this series. If Socialists take full control here, things could change pretty dramatically. Socialism is based on taking wealth created by few and distributing it to many. This may work as long as there are prosperous citizens from whom wealth can be taken. And yet, as former British Prime Minister Margaret Thatcher is often quoted as saying, “The trouble with Socialism is that eventually you run out of other people’s money.”

Whether or not we ever have to face conditions like those shown in these films, taking the opportunity to expand your cultural insights can help you see the world in ways that you may have never imagined. We highly recommend that you watch a few episodes. If you do so, let us know what you think in the Comment section below.