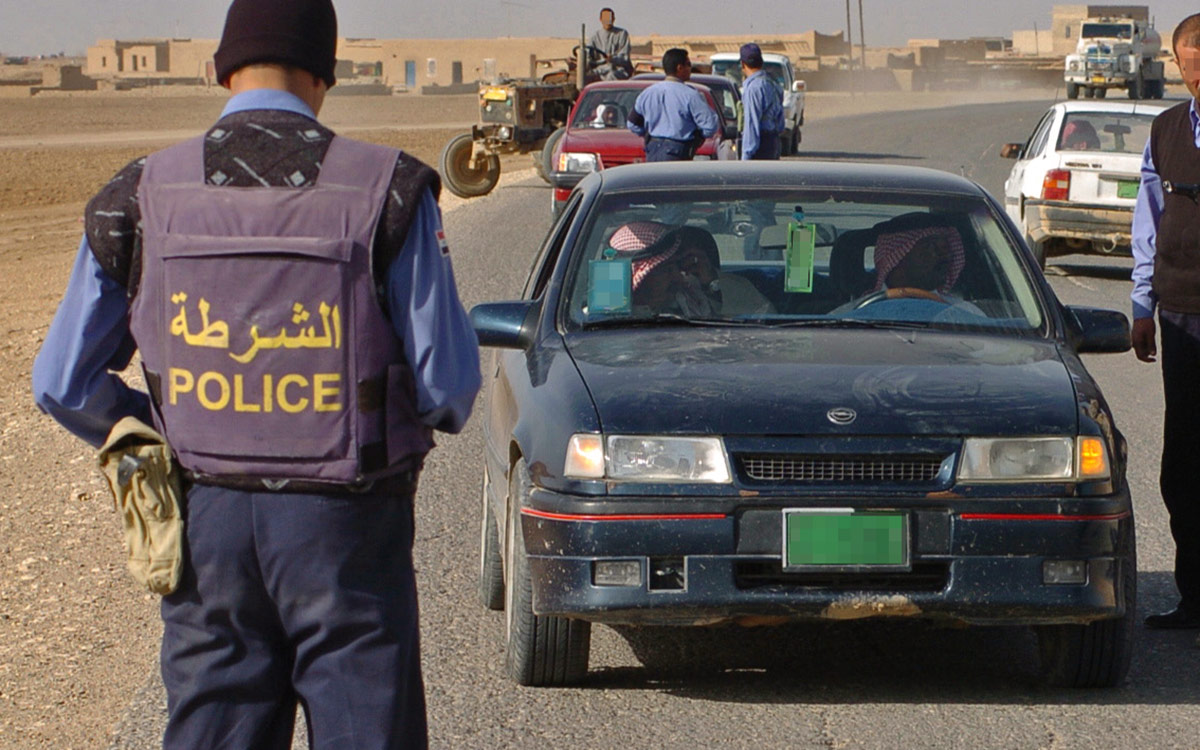 The Mayor of New York City recently announced the establishment of checkpoints at various entrances to the city. The stated purpose was to help ensure that individuals traveling from COVID-19 hotspots were made aware of quarantine policies. It’s unclear how many checkpoints will be set up, and the criteria those operating the checkpoints will use to select which vehicles will be stopped. 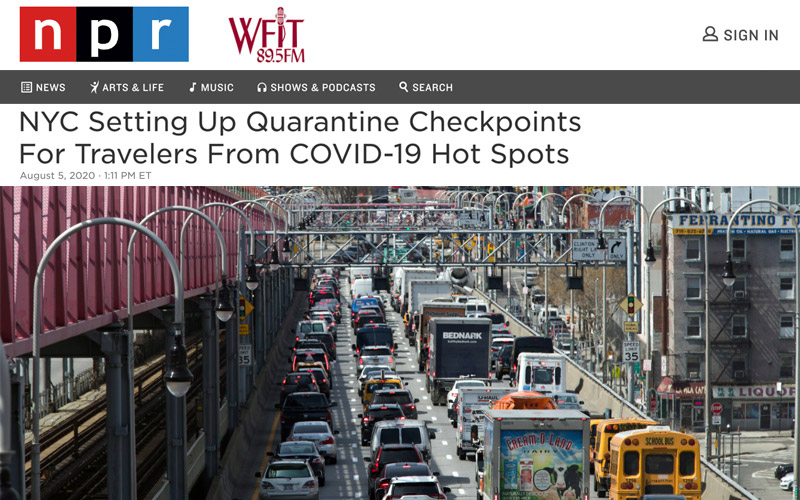 Although checkpoints outside urban areas are unusual in the United States, those who’ve lived or operated overseas will likely be familiar with them. This is especially the case for environments in which attacks often take place or where civil unrest is widespread.

Every so often we receive reports of killings associated with legitimate checkpoints operated overseas. At times local officials in rural areas consider it an afront to their authority and dignity to be stopped at a checkpoint. Ordering their driver to speed through without stopping, they’re occasionally shot at and sometimes killed.

Far more often, however, killings and even abductions are associated with ambushes that are set up to look like legitimate checkpoints. Criminals or militants go to great lengths to plan and execute such operations. An example took place in January of this year in Nigeria. Heavily-armed militants dressed in Nigerian military uniforms stopped vehicles on a major road heading to the northeast.

The militants carefully screened those they stopped. Some they would let pass, others they would kill on the spot, and still others were abducted. In one incident a bus was stopped. The driver and passengers were taken captive for days and interrogated. The driver noted that one of the militants acted as a judge. The driver was released after his captors learned that he was a Muslim. He said that Christians did not fare as well. In one incident eleven Christians were executed.

The question is, how does one tell the difference between a legitimate checkpoint and an ambush set up to look like one? 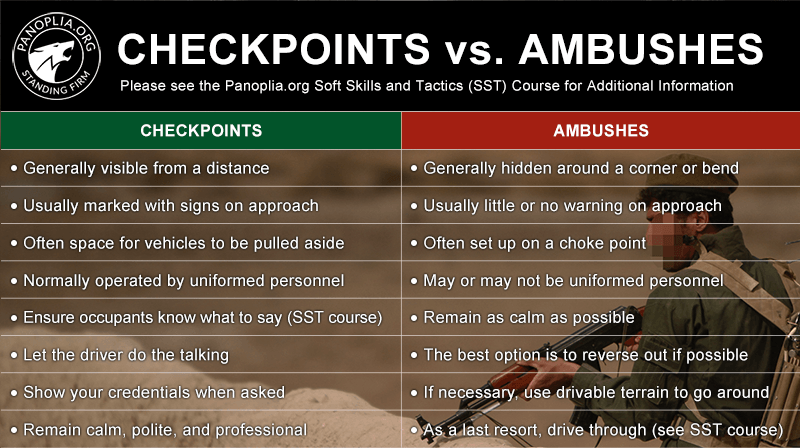 There are no hard and fast rules, and a great deal depends on local knowledge and strategic intercultural relationships, yet the points listed above can help one to distinguish a government-run checkpoint from an ambush run by militants or criminals dressed to look like soldiers or law enforcement officers.

We address these in two topics included in the Panoplia.org Soft Skills and Tactics course. These are based on personal experience, and on lessons-learned from incidents involving others that went very wrong. The points shown in the chart above are taken from topic SST 02.02.03 called “Managing Checkpoints,” as well as topic SST 03.01.03 titled “Ambush Management.” These topics include more information than we can share in a short post, and so we encourage you to take the training by CLICKING HERE.

The reason that checkpoints being set up in New York City made headlines is that they’re rare in the USA. It’s not outside the realm of possibility that they will become more common if unrest continues or if civil war becomes a reality. 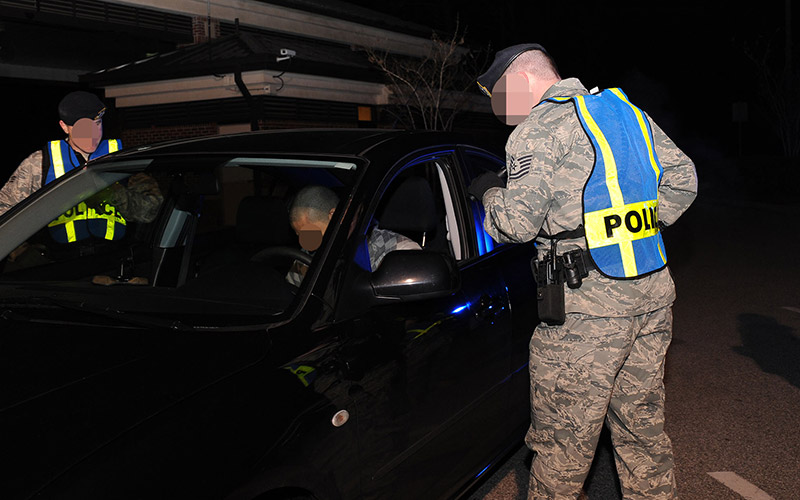 In such cases, there’s little doubt that those with evil intentions will set up ambushes intended to look like legitimate checkpoints. All the information shared in the Soft Skills and Tactics course will help you avoid confrontation in such settings.

If despite your best efforts confrontation does take place, Part three of the SST course will be invaluable to you. We highly recommend that you consider taking this training, and begin living with the knowledge, skills, and confidence that will result.