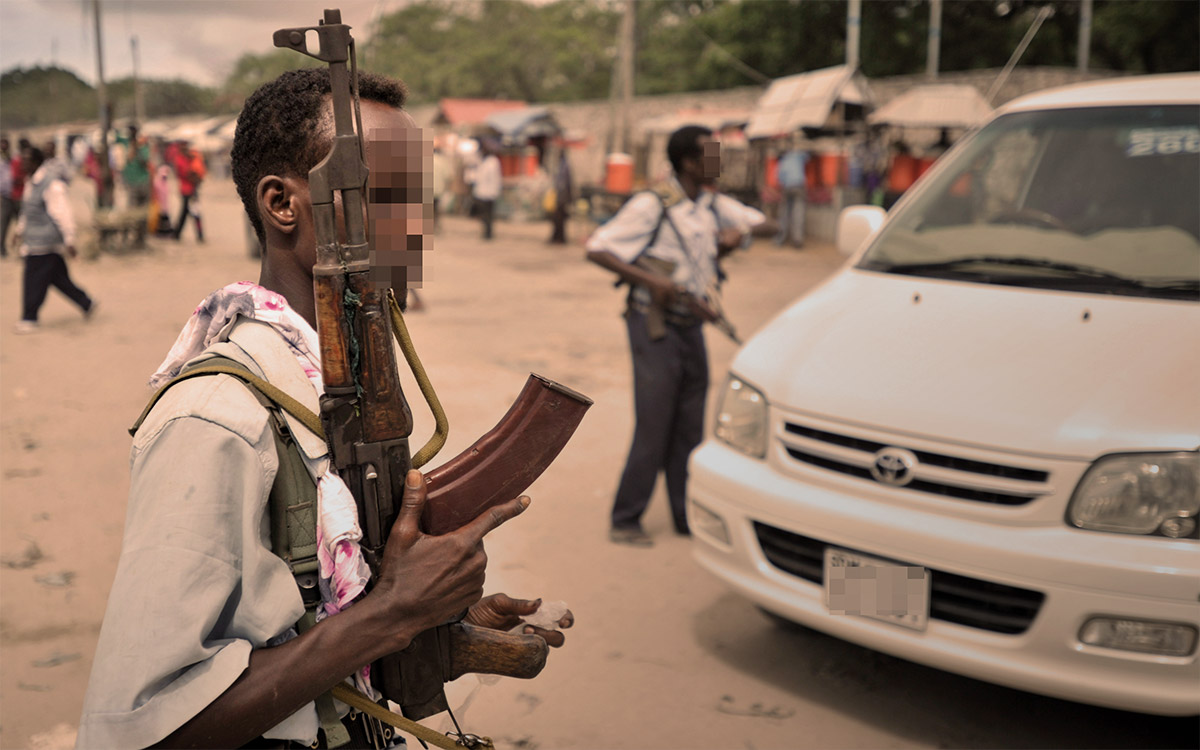 It’s difficult to win games in the National Football League (NFL). This is despite the fact that everyone on the field is playing by the same rules. In addition, players know their opponents well, and coaches spend countless hours scouting the other team’s play calls for a given situation. If success is difficult under these circumstances, imagine entering an unfamiliar and dangerous area of operations where you and a small team are obvious outsiders. You’re not sure who you can trust, what the locals will think of you, and even how the game is played in this new setting.

This highlights the necessity for Pre-operational Area Familiarization (AFAM) and Cultural Context Research (CCR) as key components of Soft Skills and Tactics (SST) during the Preparation stage. These are covered in the Panoplia.org online SST course, and will likely also be covered in future posts. Today we want to focus on the third stage of SST Preparation. This is known as Actor Mapping.

Actor Mapping is key for low-visibility operations in challenging international locations. It can be just as important within one’s own country during times of economic chaos or civil war. At such times small groups tend to form around political, ideological, and even territorial interests. Over time these groups tend to expand, and eventually take on a leadership structure. They also develop strategies and tactics somewhat unique to the group. If you are going to operate in close proximity to such a group, or if movement through the area they control is necessary, knowing all you can about who they are and how they operate is key to doing so without being killed or captured.

Recall that achieving your operational objectives without unnecessary confrontation is the goal of Soft Skills and Tactics. Hard skills are reserved for times when kinetic confrontation is justified and necessary, especially when there’s no other option. It’s remarkable what can be accomplished by a small team of individuals who’ve been trained in SST and have experience honing their skills on the ground. Operational objectives for teams employing SST may be strategic in nature. At other times it’s simply a way to survive in an otherwise extremely challenging or dangerous operating environment.

The goal of Actor Mapping is to know, “Who’s who in the zoo.” It helps to think of any area of operations as a zoo. This includes overseas locations as well as those closer to home. If you think about it, zoos generally have an assortment of animals. Some are friendly, and others are vicious. During normal times it’s helpful to know which is which. It’s much more critical, however, when for some reason the cages and bars are removed.

Along with preliminary AFAM information and a CCR file, an actor map is started during the pre-deployment Preparation stage. These are developed with the best insight and data that’s available. They are continually updated once you’re on the ground with the help of direct observation and input from locals. 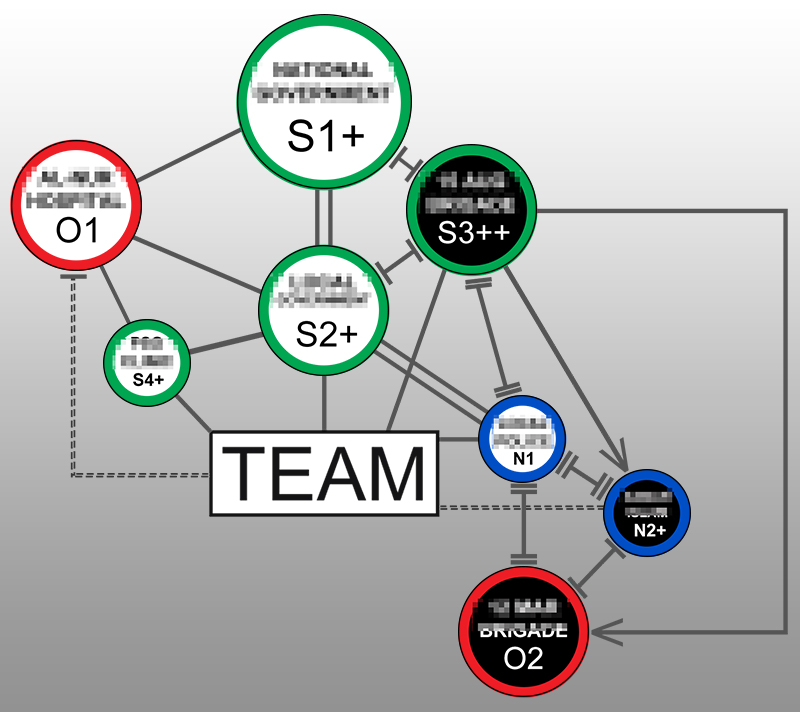 The image above shows the central diagram portion of an example Actor Map that’s explained in Topic 01.01.03 of the Panoplia.org SST online course. The Actor Map Key (not shown here) describes the significance of the colors and the relationship lines. A good Actor Map represents a tremendous amount of information in a form that can be quickly grasped. This is important for team operations, and especially important in the event that a rescue operation is undertaken. In such circumstances the rescue team newly arrived in the area of operations would have a good idea who they can trust and who represents trouble.

Believe it or not, there are likely a variety of groups living not too far from you right now. Some might be quite open and friendly to outsiders, and other groups might be less so. In times of chaos the outlook of these groups may quickly change. It may also be the case that outside groups representing a variety of agendas and interests may move in to your area for a short time. Taking the time now to map and understand the actors in your proximity, as well as others who might move in and cause trouble in difficult times, will give you a tactical advantage if it becomes necessary to have one. For this reason we encourage you to learn about Actor Mapping as a part of the wider SST skill set.

Attempting to become proficient in Soft Skills and Tactics only when things go very bad is similar to purchasing a firearm and trying to learn Hard Skills and Tactics only when rioting, looting, and home invasions start taking place in your area. Neither of these represent the ideal. We encourage you to get good firearms training from a vetted and experienced provider such as those listed on ShootingClasses.com, and to make use of the Panoplia.org SST course as a first step in starting to build your SST skill set.