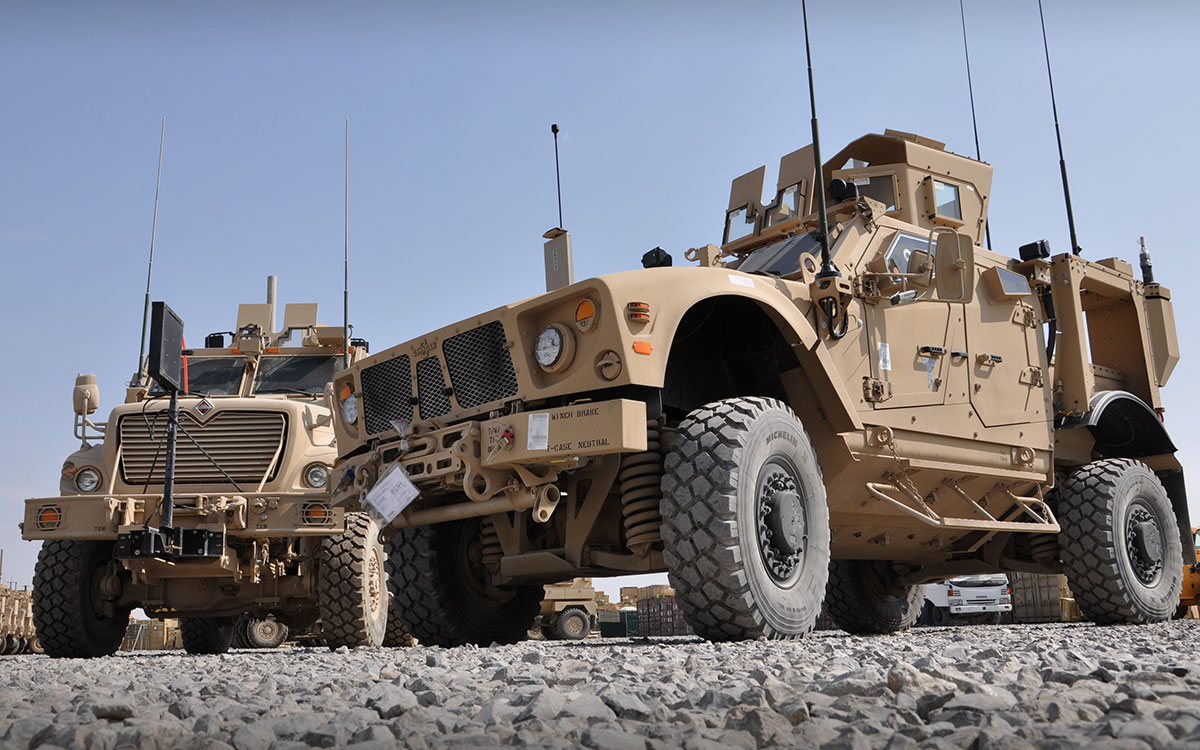 Your Gear in Their Hands

Perhaps you’ve worked for years to prepare for difficult times. You’ve invested thousands of hours and countless dollars in purchasing gear and supplies. Your bugout vehicle is the envy of all who see it. Your home is well stocked with food, water, and other essentials to meet the needs of your family for the foreseeable future. Your weapons and your ammunition stockpile are in good order, and you’ve trained to defend yourself and your family. So what’s missing?

The recent images of Taliban militants riding around Afghanistan in armored U.S. military vehicles and sporting some of the most advanced weapons and military gear available have haunted many. For decades, armed with worn-out small arms, the Taliban fought the best trained and equipped military forces in the world. They now have access to some 80 billion dollars of advanced military equipment, and they control the ground. The images we see now of Taliban militants outfitted with equipment and inhabiting the former U.S. Embassy and other facilities intended for others should serve as a wake-up call for us all.

Even just a few months ago few could imagine the reality we see on the ground in Afghanistan today. The missteps that led to this had little to do with a lack of equipment, supplies, training, or even preparation. Instead, it was based on underestimating the enemy, poor decision-making, and the lack of trust in relationships. It’s outside the purpose of this article to scrutinize the mistakes that were made in Afghanistan. Instead, we hope to learn from how things played out in order to help inform the way we prepare for what may take place in the future.

We stated above that few could envision what we see taking place on the streets of Kabul today. What about the streets of America in the months and years to come? It may be that the citizens of the United States are more divided now than we have ever been before. If Americans don’t solve the issues that divide us, it’s not difficult to envision a scenario that includes conflict and chaos that spirals beyond our control. Even today reports of fighting in the streets of major U.S. cities hardly makes the news.

We pray that the people of the United States will be able to find common ground. We pray for unity resulting in the chance for peace and prosperity for all. And yet, it’s often said that wisdom is served by praying for the best while preparing for the worst.

What would the worst look like in the United States? We don’t have to look far for the answer. Countless nations have experienced internal strife that’s resulted in political chaos and civil war. Many of those who participate in the Panoplia.org community have seen the results in an up-close and personal way.

When things start to go bad, the essentials of life become scarce. Access to food and other essential resources gives way to competition. Rule of law breaks down and what’s known as “The survival of the fittest” comes into play. In such scenarios armed gangs are formed. At first they roam the cities and suburbs in search of essentials. They fight with other groups to determine territory and dominance. The strongest then move on from taking the essentials to enjoying the fruits of other’s labors. The mansions and toys possessed today by the super wealthy will be enjoyed by those strong enough to take them.

In the same way that Taliban militants now roll around Afghanistan in $700,000 military vehicles, if conflict and chaos take place in the U.S., armed thugs will be seen in the Ferraris, Lamborghinis, and the collector cars that are today neatly lined up in the garages of the super-rich. The stone mansions and country clubs enjoyed today by the wealthy will be inhabited by the strongest groups. The weaker groups will have to be content with the nicer homes in the common suburbs while those who once resided there do their best to live on whatever they can find.

So, what can we learn from what’s already happened in many nations, and what’s taking place in Afghanistan today? How can we best be prepared now if conflict and chaos does at some point become a reality in the U.S.A.? How can we do our best now to ensure that the provisions, gear, and supplies that we’ve stored up for our families will not fall into the wrong hands?

A good place to start is to examine what we noted above as being problematic in relation to Afghanistan recently. We noted above that:

Even just a few months ago few could imagine the reality we see on the ground in Afghanistan today. The missteps that led to this had little to do with a lack of equipment, supplies, training, or even preparation. Instead, it was based on underestimating the enemy, poor decision-making, and the lack of trust in relationships.

The Panoplia.org online Soft Skills and Tactics (SST) course was developed with the express purpose of helping individuals to thrive in the most challenging circumstances. The content of this 9-12 hour online course is based on lessons-learned by those who’ve operated in some of the world’s most challenging areas and who have helped others to survive extreme conflict and chaos.

The SST course is divided into three parts, nine lessons, and forty-five topics. The very core of the course, the lesson that sits between the first four and last four lessons, is titled, “Relationships.” We cannot stress enough the importance of establishing relationships and networks based on trust long before conflict takes place.

We suggest that those who take the “lone ranger” approach to preparing for conflict and chaos will fare little better than those who are not prepared at all when things get very bad. Yes, the lone rangers may be able to survive much longer to the degree that others don’t come around. Yet, if armed groups do show up, those without relationships and networks based on trust will likely be forced to defend themselves alone.

We encourage you to consider taking the online SST course to help as you pray for the best and prepare for the worst. We also suggest that, as described in the “Relationships” lesson, you start to develop relationships and networks now that will be invaluable in the event that chaos and conflict does take place at some point. Even if our prayers are answered and times of unity and refreshing are in store, having establishing relationships based on trust with those who have common interests adds a great deal to one’s life.