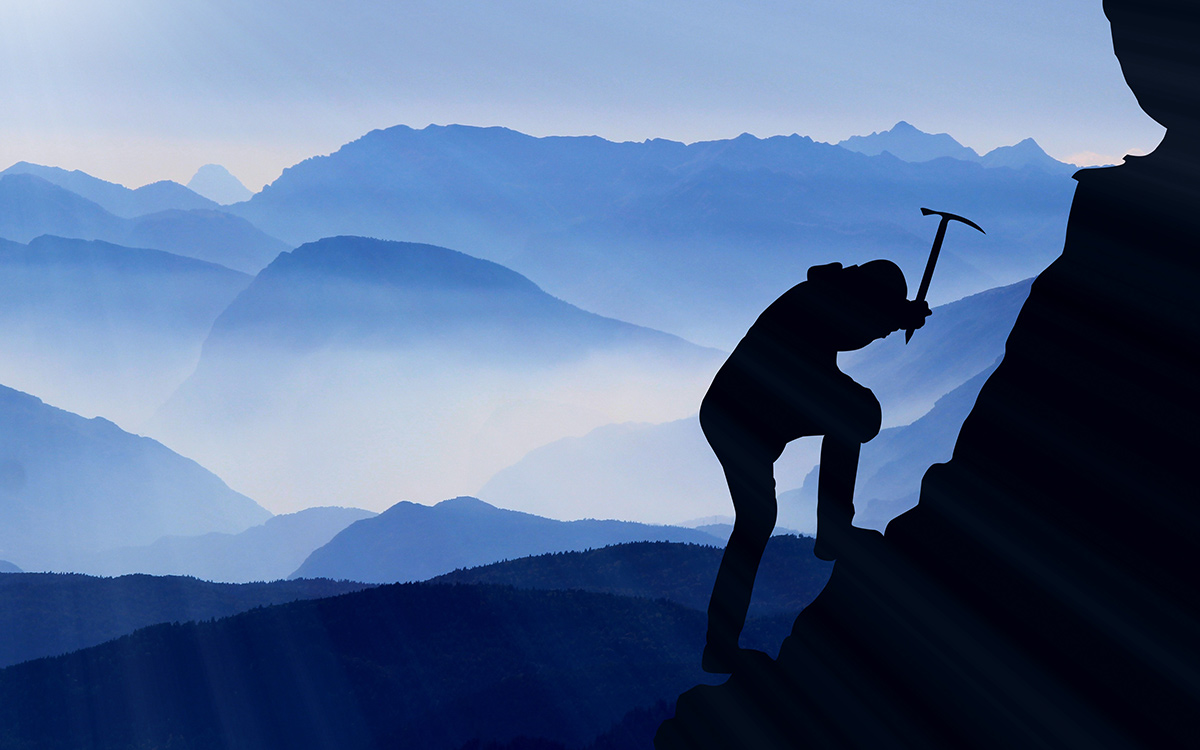 Why is Life so Difficult?

Every Saturday morning we post an article in the “Encouragement” category. Whereas the weekday articles focus on a variety of security skills and issues, the Saturday posts are intended to encourage those who have an interest in biblical faith.

Last week’s entry was called “Purpose and Meaning.” We noted that if those are correct who believe the universe and all within it are the result of a random series of mutations and mistakes over billions of years, then there’s no meaning to life. In this case one person’s view of right and wrong or good and evil is just as valid as another’s. We suggested that if you lived in the year 1750 and somehow found and disassembled an iPhone, you would recognize that it was created by someone, and with a purpose. In the same way, we noted that the deeper scientists dig into nature in general and the human body in particular, the more they find extraordinary evidence of order, precision, and design. This leaves no doubt that we were created with purpose.

Next week we’ll address how we can begin to discover the purpose for which we, as individuals, were created. For now, let’s look at some bigger issues. This includes the question, “Why is life so difficult?”

We know from the Bible that God created humans in his own image (Genesis 1:26-27). This is generally understood to mean that, unlike animals, we are not only physical, but we were created with a spiritual nature that enables us to have a relationship with God that would otherwise be impossible. God’s original offer to mankind was to live in the peace, harmony, and joy that a direct and close relationship with him would allow. The temptation to sin, however, was too great. The first humans chose to rebel against God, and we’ve been following their example ever since.

Sin, the desire and choice to rebel against God, causes separation. It creates distance between us and God. Those who accept the death of Jesus on their behalf are forgiven, and can draw very near to God. Yet the distance and separation caused by what’s known as original sin, the choice of the first humans to rebel against God, remains. Until those who trust Christ for salvation die and are in the presence of God, we’ll not know intimacy with God as it was originally intended.

As a result of sin and rebellion death, sickness, evil, and a host of related maladies entered our world. We deal with these and see the consequences personally, nationally, and globally on a daily basis. Life for all mankind is difficult as a direct result of the sinful choices of men and women from the beginning until this moment. The consequences of sin extend even to those who may not be directly responsible. We suffer due to the sins of others, and as a result of thousands of years of poor choices. We live today with the consequences not only of our own choices, but of many who’ve gone before.

God is not surprised by anything. He made mankind with choices. He knew that we would choose to sin, and to thus be separated from him. This being the case, I sometimes wonder if it would have been better if we were created without choice. What would it be like if we had no choice to sin, and thus all the consequences we now face were not realities for us? I suspect this would have resulted in less joy than we might imagine.

Without the choice to love God or to rebel against him, we would never know the depth of his redemptive love. Jesus would not have made the choice to offer himself for our sins, and thus demonstrate his amazing love for us. My sense is that if we were made without choice, our love for God and for others would be very shallow, indeed.

In a similar way, think what it would be like if one could visit the top of Mount Everest with very little effort. It would be no big deal at all. Compare this to the sense of accomplishment and victory enjoyed by those who work, train, and plan for years to reach the summit, and then actually go for it and do so. These men and women overcome extraordinary odds to challenge themselves. Having succeeded, they cherish a sense of achievement that we may never comprehend.

The fact is, facing challenges and overcoming them makes us different than if we had not been challenged. I suspect that the same is true in the spiritual realm. If we never face challenges and have no choice between good or evil, we would not know what good is to the same degree that’s possible now.

We were all created with challenges. Some of us are less mentally sharp than others. Some are short, some consider themselves too tall. Some are prone to be overweight, while others wish they were not so thin. Some of us wish we had been born with a different skin color, or did not have to face any number of other physical or social challenges.

As you ponder all this, consider the fact that God does not make mistakes. He created you and me in a certain way, at a certain time, and with challenges that we were meant to overcome. Might it just be that learning to overcome the challenges we face with dependence on God, and with the empowerment he offers, is meant to teach us to love and trust him in a far deeper way than we would ever have known had we been born “perfect.” Could it be that those born with far more challenges than others will, one day, understand and appreciate why this was so?

As you think about this concerning your own life, consider the possibility that the challenges you face are intended to draw you closer to God, and to train you to trust in him. In Psalm 34 David, one of the greatest warriors who ever lived, describes the difference between those who love God and those who choose to forsake him. He notes that those who look to the Lord will be delivered. It may not be when we want, or how, but whether in this life or when we die and are in God’s presence, those who trust in God will find deliverance and peace. As Jesus said in John 16:33:

“I have told you these things, so that in me you may have peace. In this world you will have trouble. But take heart! I have overcome the world.”

You can read Psalm 34 HERE.