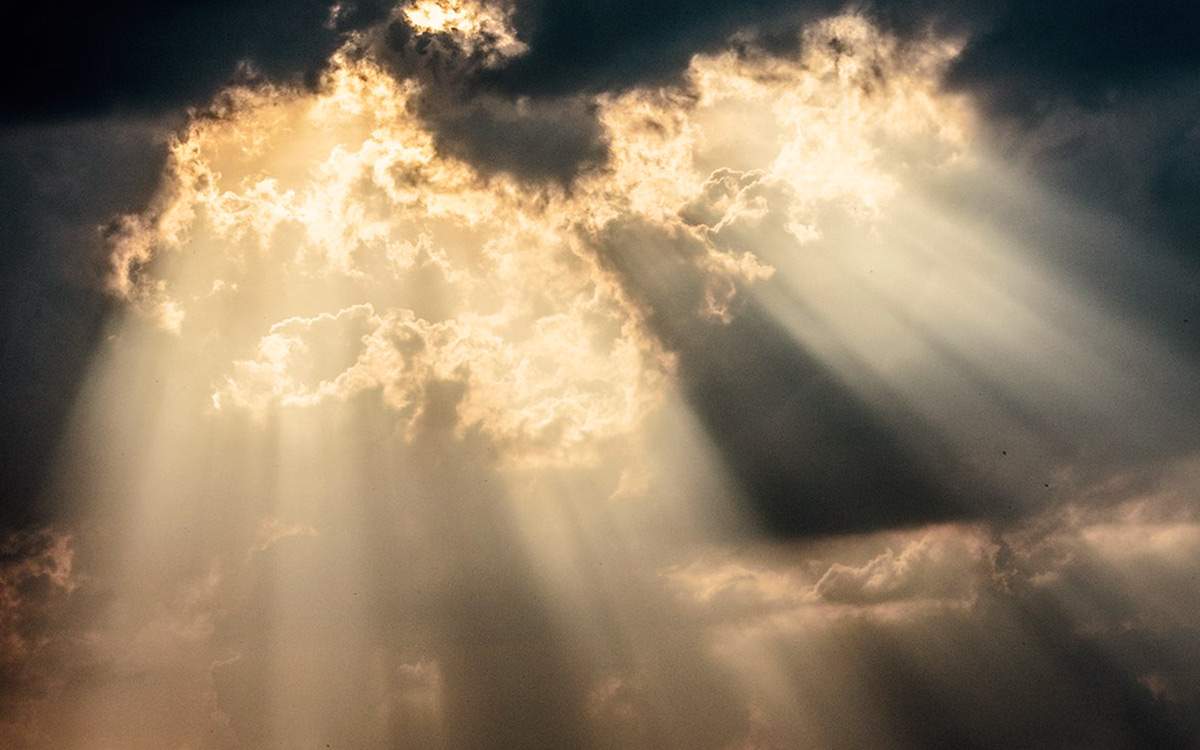 What Would You Ask For?

Imagine for a moment that God appeared to you, and in great kindness asked what you would like him to do for you. There are at least two times recorded in the Bible when a situation like this took place. One appears in the Old Testament, and one in the New Testament.

It’s recorded in the Old Testament books of 1 Kings 3 and 2 Chronicles 1 that one night God appeared to Solomon in a dream. This took place after Solomon’s father, King David, had passed away and Solomon was chosen to reign as King in his place. God said to Solomon, “Ask for whatever you want me to give you.” In response, Solomon asked for wisdom, knowledge, and a discerning heart so that he could govern and lead the people well. Solomon’s humility in asking for this rather than long life or wealth pleased God, and thus God granted to Solomon all that for which he asked, as well as wealth and honor.

In the New Testament, both Mark 10 and Luke 18 record an encounter that took place in Jericho between Jesus and a blind man. Here is the account of this remarkable event as recorded in Mark 10:46-52 (NIV):

Then they came to Jericho. As Jesus and his disciples, together with a large crowd, were leaving the city, a blind man, Bartimaeus (which means “son of Timaeus”), was sitting by the roadside begging. When he heard that it was Jesus of Nazareth, he began to shout, “Jesus, Son of David, have mercy on me!” Many rebuked him and told him to be quiet, but he shouted all the more, “Son of David, have mercy on me!” Jesus stopped and said, “Call him.” So they called to the blind man, “Cheer up! On your feet! He’s calling you.” Throwing his cloak aside, he jumped to his feet and came to Jesus. “What do you want me to do for you?” Jesus asked him. The blind man said, “Rabbi, I want to see.” “Go,” said Jesus, “your faith has healed you.” Immediately he received his sight and followed Jesus along the road.

The first words that Jesus spoke to this man are remarkable. After all, it was plain for all to see that the man was blind. It would, therefore, have made sense for Jesus to assume that when the man cried out for mercy, what he wanted was to be healed of his blindness. And yet, Jesus asked the man a very open-ended question. Jesus said, “What do you want me to do for you?” The man’s immediate response was, “Rabbi, I want to see.” As shown in the verses above, the man was healed. The desire of his heart was granted, and his life was dramatically changed.

It’s interesting to note that both Solomon and Bartimaeus, having been asked very open-ended questions about what it was they desired God to grant them, focused on their immediate needs. It’s not that this displeased God, after all, the requests of both individuals were granted. In fact, 1 Kings 3:10 notes that “The Lord was pleased that Solomon had asked for this.” I sometimes wonder, however, if God would have been more pleased had these individuals asked for something different.

What if, in response to such an open-ended question, Solomon and Bartimaeus answered differently? What if they requested something like, “Lord, please grant that I and those who are most dear to me would now and forever love you with all our hearts, all our minds, souls, spirits, and strength. And Lord, please grant that we would love all others in the way that is most pleasing to you.”

We can’t know, but I wonder if God would not only have granted such a request, but perhaps God would also have been amazed by it. God may have marveled at such faith in the same way that Jesus marveled at the faith of the Roman Centurion as recorded in Matthew 8:10 when the man believed that Jesus could heal his servant without even being physically present.

There’s no question that Solomon’s wisdom and the sight granted to Bartimaeus were of great value. And yet, how might history have been different if these individuals had been granted what Jesus identified as the two greatest commandments. Mark 12:28-34 (NIV) reads:

I suspect that had Solomon and Bartimaeus requested this of God, that the impact of their lives on earth would have been even greater than they were. For it seems to me that one who loves God with everything, and who loves other people as God intends, would have much more than wisdom, the ability to see, and anything else that meets immediate needs. I suspect that the impact of such a life would bear fruit that would touch many lives for eternity.

So what about us? There are numerous passages in the New Testament in which we are encouraged to place our requests before God. Even in the Old Testament, we are told that, “The Lord is near to all who call on him, to all who call on him in truth.” Would we dare to ask God to cultivate a love in our hearts that places Him above all else? Would we cry out to him for love that places the needs of others before our own?

I can only speculate, yet I sense the Lord would be very pleased with such requests from his children. Imagine how our lives would be different, how the lives of those we care for the most would change, and how we might impact our world if we asked this of God and he answered us, even to a small degree.

I am so aware of my own shortcomings. On a regular basis, sometimes several times a day, I seek the Lord’s forgiveness for the ways I fall short, and I cry out to him for the requests mentioned above. I long for the day when more of my heart will belong to Him, and when I love others in the way that is most pleasing to God. I pray also that God would work in the same way in the hearts of those I most dearly love. I pray the same for you who read these posts, and for all who would seek God. Imagine what the world would be if we loved God and others in this way. May it be so!