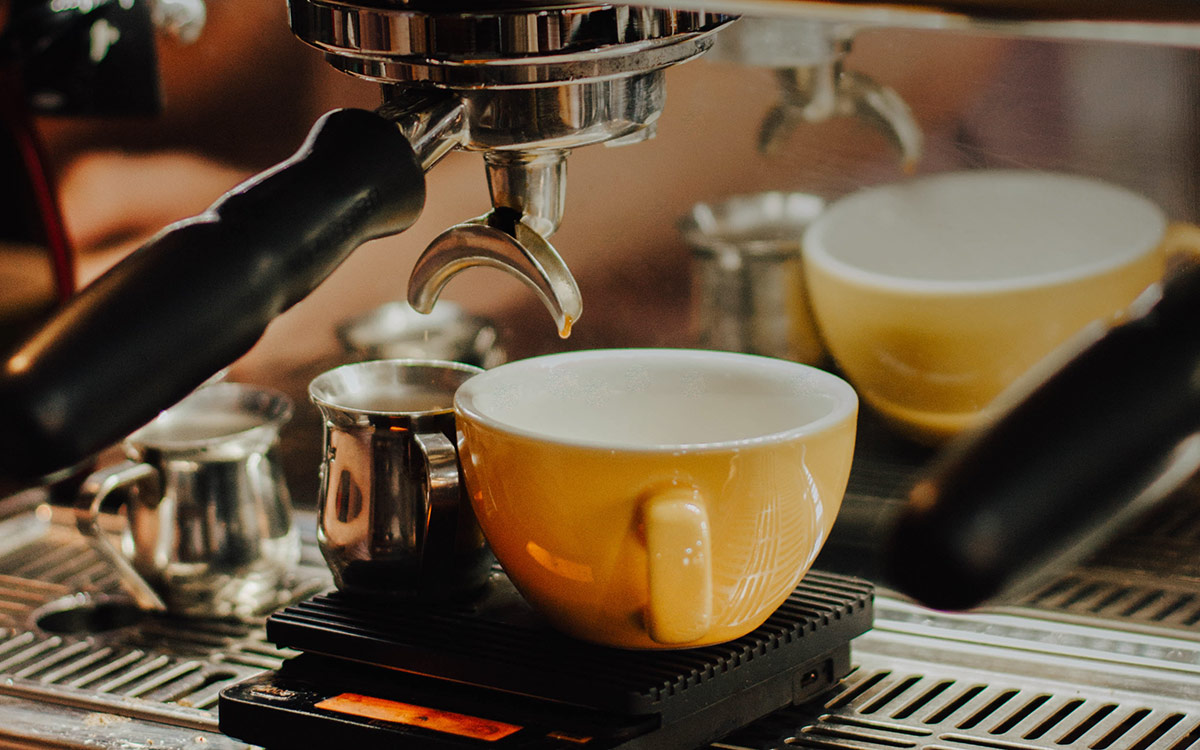 What do You Value, and Why?

I recently watched a documentary on the history of coffee production. The commentator noted that coffee is the second most valuable legally-traded commodity in the world. Apparently only oil is more valued by mankind.

I’ve been fascinated by coffee since childhood. I remember watching my parents drink it every morning. When I was very young I asked my father if I could have a sip. He smiled and passed me his cup. I took a healthy swallow, and gagged. It was awful. I asked why anyone would drink something that tasted so bad. He answered that, “It was an acquired taste.” I asked what that meant, and he said, “You have to learn to like it.” When I asked why I would want to do that, he simply shrugged his shoulders.

As far as I can remember, that was my first and last taste of coffee. I still can’t understand why anyone would want to drink it. It does, however, seem to mean a great deal to many people. I recall rooming with a colleague one evening overseas when accommodations were short. As he unpacked his bag, it seemed that half his kit was paraphernalia I had never seen before. There was what appeared to be presses, plungers, scales, grinders, and other things I couldn’t make out. He noticed my quizzical look and said something like, “You don’t drink coffee do you?

I suppose I’ve always been interested in what people of various cultures value, and why. My first fieldwork as an anthropologist was conducted among a people whose values and background were very different than my own. My wife was along for the ride. I recall that when people met her for the first time they would say in the local language, “Wow, she’s fat.” To them, having been raised in an area where food was not as plentiful, being anything but very skinny was highly valued. My wife, by no means overweight by western standards, did not appreciate the cultural nuances behind what the locals considered to be compliments.

During our years overseas we came to understand that people of various cultures value different things for different reasons. There are, however, some things that seem to be universally valued. One of these involves having one’s efforts valued and appreciated by others, especially when a great deal of work has been invested. In fact, the first murder, as recorded in the Bible, took place because Abel’s efforts were more appreciated by the Lord than Cain’s. The latter was so enraged by this that he killed his brother (Genesis 4:1-16).

I’ve never had any kind of social media presence. Recently, however, a friend mentioned that starting an Instagram account would be a great way to let others know about the Panoplia.org website. We worked for almost two years to set up this website. The online security training represents lessons learned over more than fifty years of combined experience. This training is very different than anything else available online, and we think it can be life-changing for many. We also offer posts like this one twice a week. All this involves a great deal of time and effort. This is done outside our normal full-time jobs that at times can be exhausting.

Professionalism and excellence are high values for us, and so we try our best even on the Instagram posts. These take a good deal of time. After four months or so of posting on Instagram, I was surprised that so few seem to value what we’ve developed. I found myself fascinated by the fact that many people have Instagram accounts with few posts, and that they clearly don’t put much effort into what they place online. Despite this, some have hundreds, or even tens of thousands of followers. Even silly things they post get hundreds of “likes” and their followings seem to grow like wild. 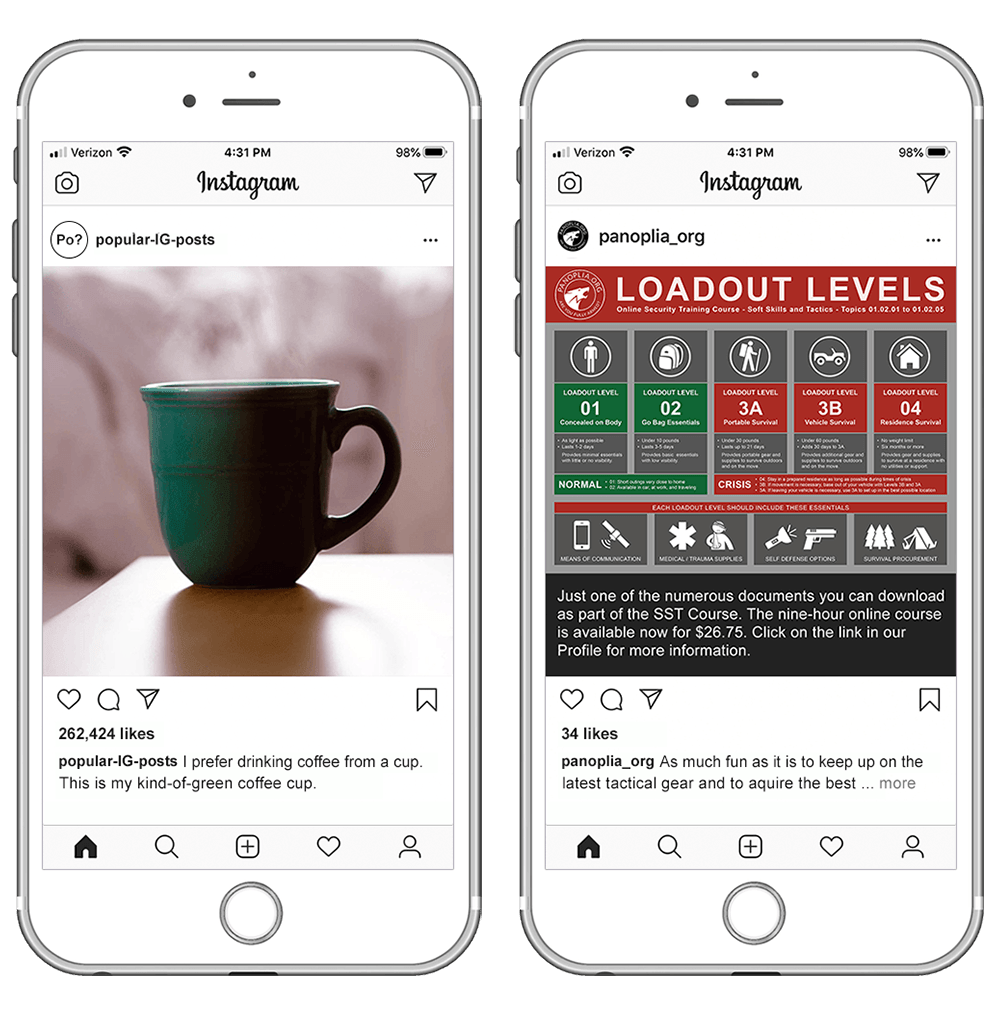 As I reflect on this, I’m reminded once again that different cultures and various people value different things. Some would likely panic if coffee were suddenly unavailable, whereas such a shortage would mean nothing to me. In the same way, a long-term ammunition shortage in the calibers I shoot would cause me concern, whereas to millions of others it might make no difference to their lives. We all have different things that we value and enjoy. I still can’t figure out the appeal of coffee, and I have no clue what makes some social media accounts more popular than others.

What I do know is that what I value most is pleasing the Lord and ensuring that I do my best in whatever I undertake. It would be great if more people liked our efforts, yet if this never takes place my sense is that the Lord would have me be joyful and content in knowing that I’ve done my best and sought to please him. With this in mind I’ll endeavor to continue to do all I can to reach people with excellent content, and leave the results to God.

What about you? Have you ever stopped to think about what you value and why? Is the approval of others a significant concern for you? Would you be content if you sensed that your efforts were pleasing to God and yet were not all that popular with others? We’d love to hear any thoughts or insights you may have!

For this reason, since the day we heard about you, we have not stopped praying for you. We continually ask God to fill you with the knowledge of his will through all the wisdom and understanding that the Spirit gives, so that you may live a life worthy of the Lord and please him in every way: bearing fruit in every good work, growing in the knowledge of God, being strengthened with all power according to his glorious might so that you may have great endurance and patience (Colossians 1:9-11).