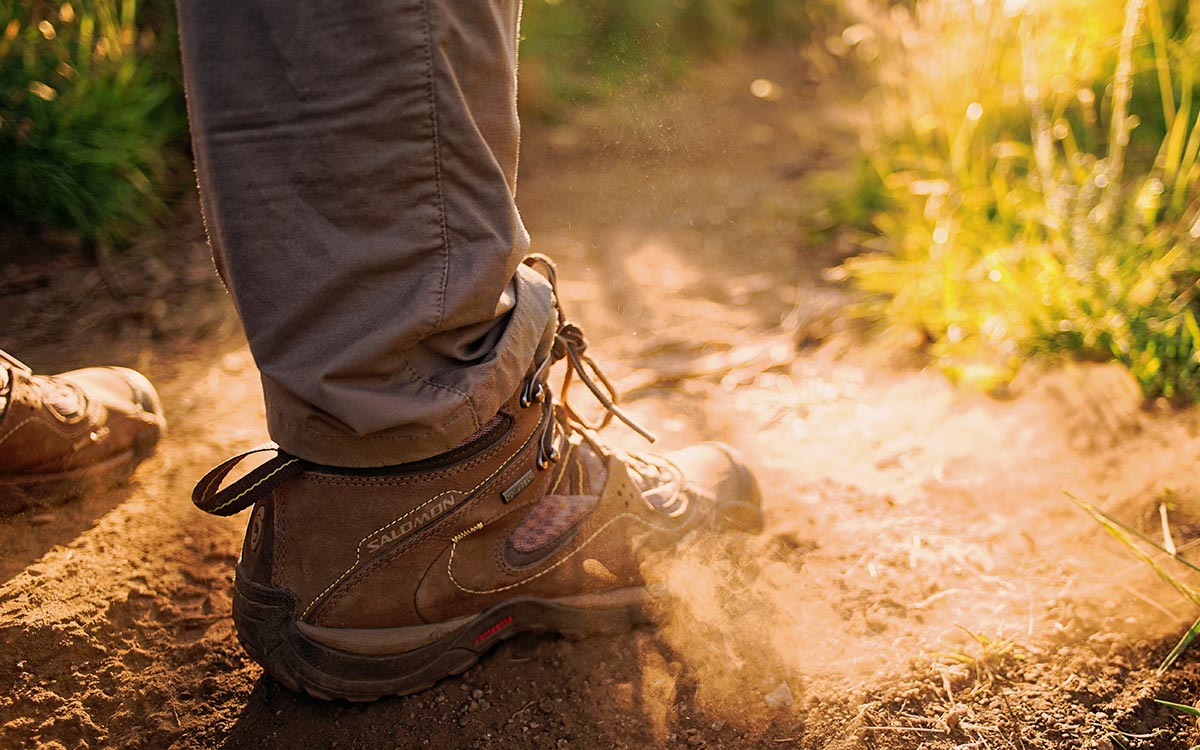 Walking with God vs. Just Living

When I was young I spent a great deal of time at my grandmother’s home. I would often be dropped off there when my parents had things to do. I loved spending time with my grandmother. The problem was, she worked out of her home making curtains and furniture covers. She didn’t have a lot of time to spend with me, so I had to find things to do to keep myself busy.

When I got up the nerve, I would go into the attic and peak into the ancient wooden chest that held some of my grandfather’s gear from World War I. I would approach it slowly as my heart pounded in my chest. I would then carefully open the dusty lid, hoping it wouldn’t make any noise. As I peered in, I could see my grandfather’s hand-painted helmet resting next to a gas mask. There were numerous other items as well, yet I had no idea what they were. I knew I wasn’t supposed to be in the attic, and so my visits there were rare.

One thing I was allowed to carefully examine whenever I wanted was the bookshelf that held our family genealogical records and documents. My grandmother came from a family with a long history that was well recorded. The records, with varying degrees of accuracy, went back to 1100 AD or so.

As I examined these as a young boy, I was struck by the fact that most entries simply listed the birth, marriage, and death years of our ancestors. And yet, every so often there would be a record of one of our family members who lived an extraordinary life. These generally had to do with military conflict, exploration, or some adventure through which that particular individual had lived or died. Even at a young age, the distinction between the individuals simply listed vs. those with more information made an impression on me.

Last week my reading schedule had me in Genesis chapter five. This portion of Scripture includes the genealogical list of individuals descended from Adam. As I read the entries, I was once again struck by the fact that most individuals are simply listed as having “lived, fathered children, and died.” That’s it, nothing more. This was very much like my own family records.

And yet, one individual within this list stood out. Consider just a portion of this list as recorded in Genesis 5:18-27 (ESV), I have placed some text in bold for emphasis:

These few words of distinction may not seem like much, yet they represent a profound difference. Then as now, most people simply go through the motions of life. They are born, they live, and they die. And yet, a few actually find the true meaning of life – they walk with God. What does this mean? Consider what Hebrews 11:5 (NIV) has to say about Enoch:

By faith Enoch was taken from this life, so that he did not experience death: “He could not be found, because God had taken him away.” For before he was taken, he was commended as one who pleased God.

Enoch was thus said to have walked with God, and to have pleased God. The very next verse, Hebrews 11:6, goes on to say:

And without faith it is impossible to please God, because anyone who comes to him must believe that he exists and that he rewards those who earnestly seek him.

As a young boy looking at my family record I was inspired to live a life that included more than just the motions, more than just a record of being born and the date of my death. As a young man, a friend introduced me to what it means to walk with God through faith in Christ. Nothing has been the same since.

My journey of walking with God has included many ups and downs as I suppose all journeys of faith in God do. And yet, the difference, the distinction between what I was before and what I became after faith in Jesus, is more than I can put into words.

Life in Christ while on earth is an extraordinary adventure. Moreover, the faith in Christ that allows us to walk with God on earth also allows us to live in God’s presence forever after death. This is, of course, by God’s grace alone. What could possibly be more meaningful for this life or the next?

If all that’s ever recorded of my life after I leave this earth is that I “walked with God,” that’s more than enough. I hope and pray that this will be the case for me, for my family, for you, for your family, and for billions of others. Amen.