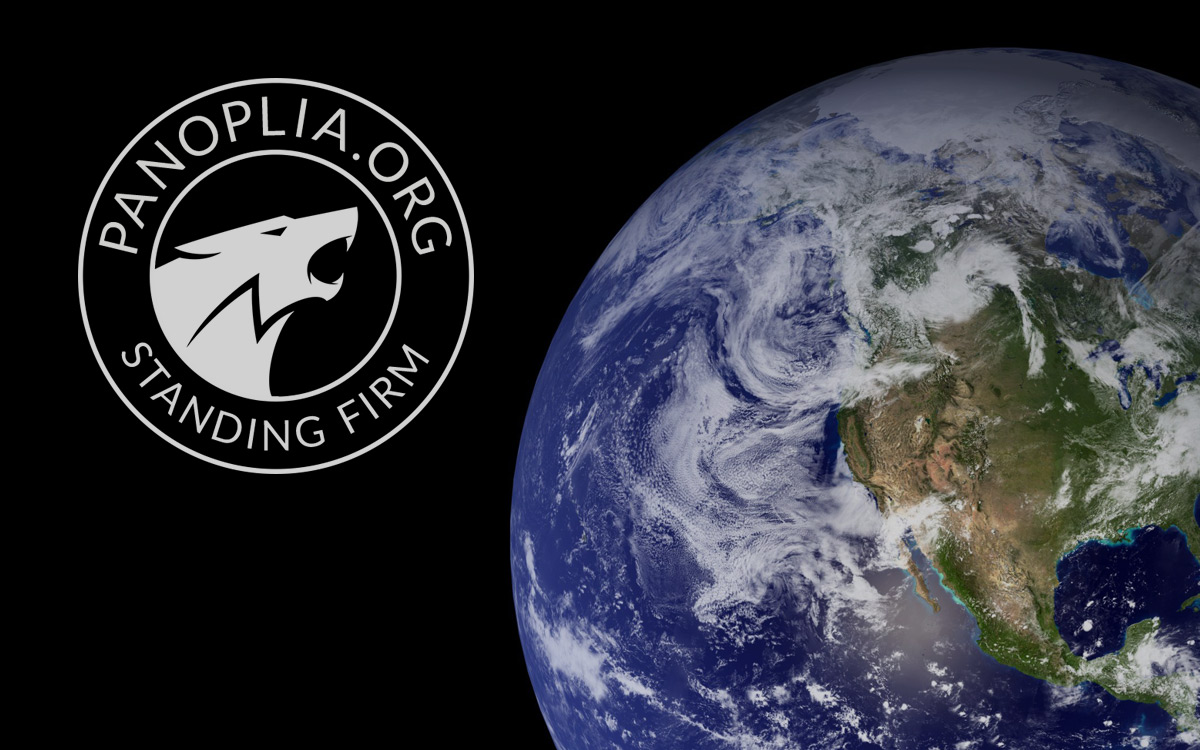 These are challenging times for Christ followers. It seems that every day brings more news of ways in which national and world leaders are seeking to “progress” away from traditional values and norms. These include life, liberty, and individual responsibility to name just a few.

It even seems evident that some leaders are beginning to be more open about their plans to work against those who adhere to biblical faith. In fact, it would not be surprising if at some point it becomes illegal in the United States to practice or to speak about biblical faith. The way things are going, it’s not too difficult to imagine that sharing one’s faith in Christ may one day be considered a “hate crime.” There are already laws on the books in many countries that make it illegal to share the gospel, or for people to become a Christ follower.

Growing government control and the tendency toward making life more difficult for those who choose to follow Christ should not be surprising. Speaking of the times before his return, Jesus is quoted in Matthew 24:9-13 (NIV) as saying:

Then you will be handed over to be persecuted and put to death, and you will be hated by all nations because of me. At that time many will turn away from the faith and will betray and hate each other, and many false prophets will appear and deceive many people. Because of the increase of wickedness, the love of most will grow cold, but the one who stands firm to the end will be saved.

The fact that nations and their leaders rally and work together against the Lord was spoken of in the Old Testament as well. When I hear news reports of how things are changing and how those who seem to have no respect for God’s ways are gaining more and more control, I think of Psalm 2:1-4. In the ESV this reads:

Why do the nations rage and the peoples plot in vain? The kings of the earth set themselves, and the rulers take counsel together, against the Lord and against his Anointed, saying, “Let us burst their bonds apart and cast away their cords from us.” He who sits in the heavens laughs; the Lord holds them in derision.

This verse has meant a great deal to me for many years. I think of it often when I hear of things that remind me of how world leaders want to declare themselves in complete control, and how they see themselves as gods in their own right. I’m reminded by Psalm 2 that no matter what success such leaders have, a day of reckoning will come. No matter how intensely they rage and plot, and no matter how much control they think they have, God remains on his throne.

When I recall the truth that God is in control and that those who rage against him will ultimately fail, I’m tempted to smile. And yet, at such times I’m reminded by the Holy Spirit that without God’s grace I may very well be among them. We have all inherited a sinful nature that wants to break free from God and to please ourselves. It’s only by God’s grace that someone shared the gospel, the message of biblical faith, with me and that I became a follower of Christ.

When I think about what’s happening in the world it often drives me to prayer. At such times I generally read and reflect on Scripture, and then try to discern how God would have me think and live. I’m reminded at such times to pray for those in power. I pray that they would fail in their efforts to work against God, and that they would come to a knowledge of the truth.

I’m also reminded by the verses in Matthew 24 quoted above that “Many will fall away,” and that those who “Stand firm to the end” will be saved. In other words, those who stand firm in the faith, even when others fall away, will spend eternity in God’s presence. We will share this in heaven with all others who stood firm and endured until the end. This encourages me to remain faithful to God no matter how challenging life becomes as the return of Jesus draws ever closer.

As the idea for Panoplia.org was born, my daughter and I worked hard to find a logo. We wanted one that would help represent the need for us to stand firm in biblical faith even as the nations rage against God and against Christ followers with ever-increasing intensity. 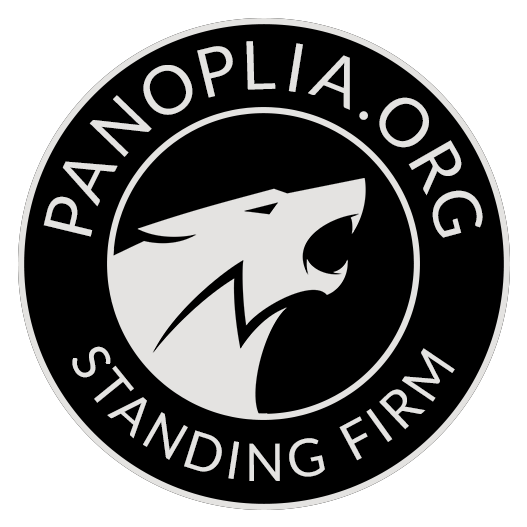 Some who look at the logo we chose think the wolf represents us. In fact, it represents the nations raging against God. If you look closely you’ll see the line that separates the head from the neck is actually an “N.” To us, this represents those who rage against God, and reminds us of our need to stand firm to the end no matter how challenging or difficult things become for those who adhere to biblical faith.

What we’re experiencing in the United States right now is tame compared to what many face in other countries. I recall recently receiving a second-hand account of a man who came to Christ not long ago. He was the first ever known to do so from his tribe in Africa. He was tortured by several men over a period of days who demanded that he renounce his faith in Christ or be killed. Despite intense torture involving tools being used on his private parts, he stood firm. In fact, one of those torturing him was so impressed by this young man’s faith that he killed the others and set the young man free.

Thankfully things have not come to such a point for most of us in the western world. And yet if it does, I pray that I would have the courage and faith of this young Christ follower. I pray that I too would be able to stand firm no matter how intense things get. I pray the same for others. I pray this for those closest to me, and I pray this for you.

History is full of accounts of those who stood firm to the end. Unfortunately, history also records the stories of many thousands who fell away as things heated up. May God grant that we have the faith to stand firm.

The next time you hear of outrageous decisions made by leaders, and how they’re raging against God and his people, be encouraged that God is on his throne. Know that nothing will stop God’s purposes, and that we are called to stand firm in our faith with joy as we await our King’s return.