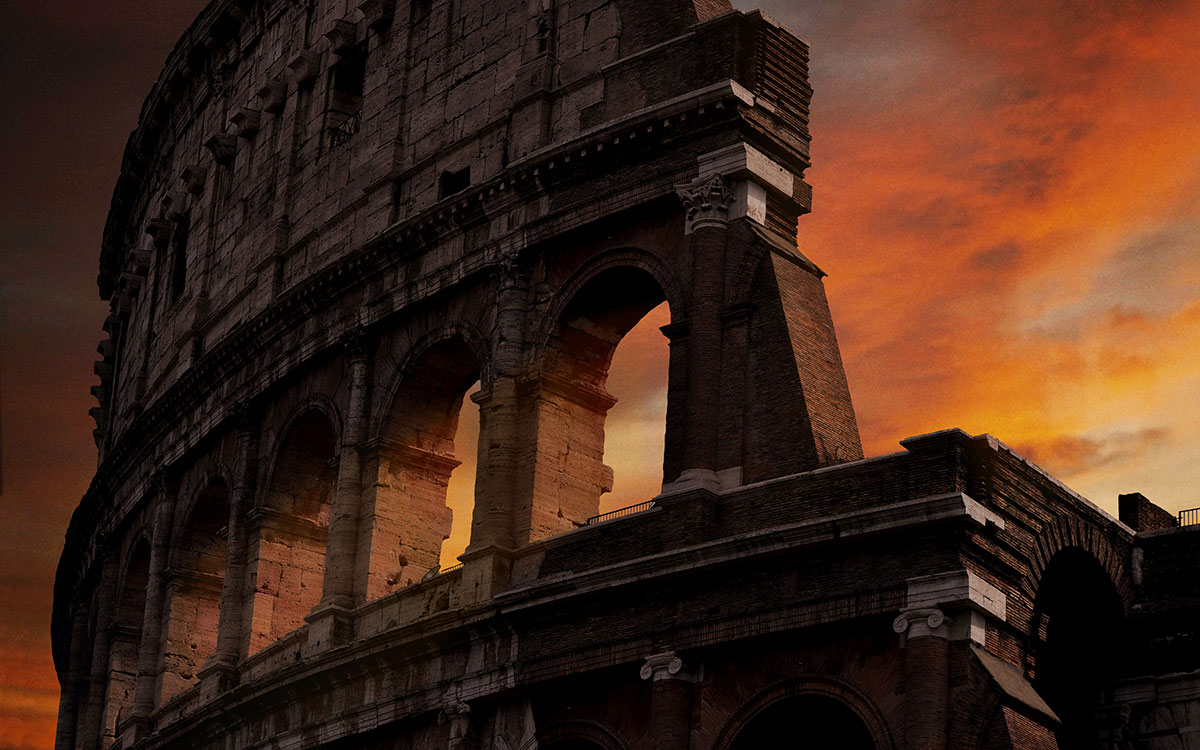 The Arena – Part One

The word “arena” refers to a place of contest or combat. Perhaps the most famous arena in world history is the Roman Colosseum. For centuries after its completion in the year 80 AD, more than 50,000 spectators at a time would pack into this amphitheater to watch combatants fight one another to the death. One can only imagine how many lives ended on that blood-soaked stage.

The same can be said about the spiritual realm. We are living in a period during which an intense spiritual war is taking place. The Bible makes it abundantly clear that everyone is born into sin and is under the control of evil. For example, Ephesians 2:1-3 (NIV) states:

As for you, you were dead in your transgressions and sins, in which you used to live when you followed the ways of this world and of the ruler of the kingdom of the air, the spirit who is now at work in those who are disobedient. All of us also lived among them at one time, gratifying the cravings of our flesh and following its desires and thoughts. Like the rest, we were by nature deserving of wrath.

We are all born spiritually dead because God is holy. We cannot draw near to him due to our sinful nature. As described in John 3:16, God loved us so much that he sent Jesus to die for our sin. Some two thousand years ago Jesus willingly offered himself in payment for our sin. He thus opened a way for us to be reconciled to God. Only those who receive the death of Jesus on their behalf, as payment for their sins, are able to escape the domain of evil and enter the Kingdom of God. This can be seen in Colossians 1:13 (NIV):

For he has rescued us from the dominion of darkness and brought us into the kingdom of the Son he loves, in whom we have redemption, the forgiveness of sins.

The claims of Jesus are very clear. As recorded in John 14:6 (ESV), Jesus said, “I am the way, and the truth, and the life. No one comes to the Father except through me.” This could not be more clear, Jesus is the only way to escape the domain of evil and darkness. No other faith, no other way, and no other payment for our sin will suffice.

For those who believe the Bible and the claims of Jesus, this sets the stage for the epic war that’s now taking place all around us in the spiritual realm. When Jesus returns, he will once and forever defeat evil. As a result, Satan and those under his power will spend eternity separated from God. People who reject the claims of Jesus will, along with Satan, be eternally separated from God and his Kingdom.

It’s often said that misery loves company. Satan knows how things will end. He and those who serve him have no other purpose before the return of Jesus than to take as many with them as possible when they are defeated by Jesus and eternally separated from God.

This is the true arena. This is the battle that means more than anything else. The consequence of this war is not simply death, but eternal separation from God. Think about the word eternal for a moment. Spending eternity in God’s presence versus being separated from God forever represents the highest stakes of all.

Concerning the Roman Colosseum, we noted above that:

So where are you and I in relation to the war that is right now taking place for the souls of men, women, girls, and boys? Are we in the stands being distracted or entertained, or are we combatants in the spiritual arena? As noted in Ephesians 6:12 (NIV):

It’s understandable if those who reject biblical teaching and faith have no desire to enter this arena. And yet, what of those who say they are believers? I can’t tell you how many times on Instagram and through other forms of social media individuals post Bible verses one day and teachings that stand in stark contrast to biblical faith on the other.

The truth is, claiming to be a Christian is no guarantee that our efforts on earth will not aid the enemy. Only through genuine faith in Christ, faithfulness to God’s word, and the empowerment of the Holy Spirit may one enter the arena and have any chance of standing firm against the most terrible enemies anyone has ever faced.

We are all human. We have all failed many times over. All Christ followers wish we could be more effective for God in the arena, especially as we look back. As we seek to serve him moving forward, let’s commit to one another that we will do so under the guidance of His word. Only by doing so can we truly enter the arena and with God’s help have a chance of making a difference in the lives of others.

Likely toward the end of his life and facing execution, Paul wrote the book of 2nd Timothy. I suspect this was written to encourage Timothy, and by extension us, to stand firm in what we are calling here the arena of spiritual war. I encourage you to read through this book of the Bible. It’s only slightly longer than the article you’re reading now. Read it as if God had addressed it directly to you. Doing so may just change your life forever. You can read 2 Timothy by clicking here.

May God forgive us for the years we’ve spent in the stands rather than in the arena. May he also forgive us for the times we’ve sought to enter it in our own strength. May he guide us through his word, empower us by his Spirit, and lead us as we pray and listen. May he also protect us as we seek to serve Jesus in the arena, and as we live for him in this dark and fallen age. Amen.

In next week’s article we’ll look at some of the challenges faced by those who seek to enter the arena in service to our Lord.