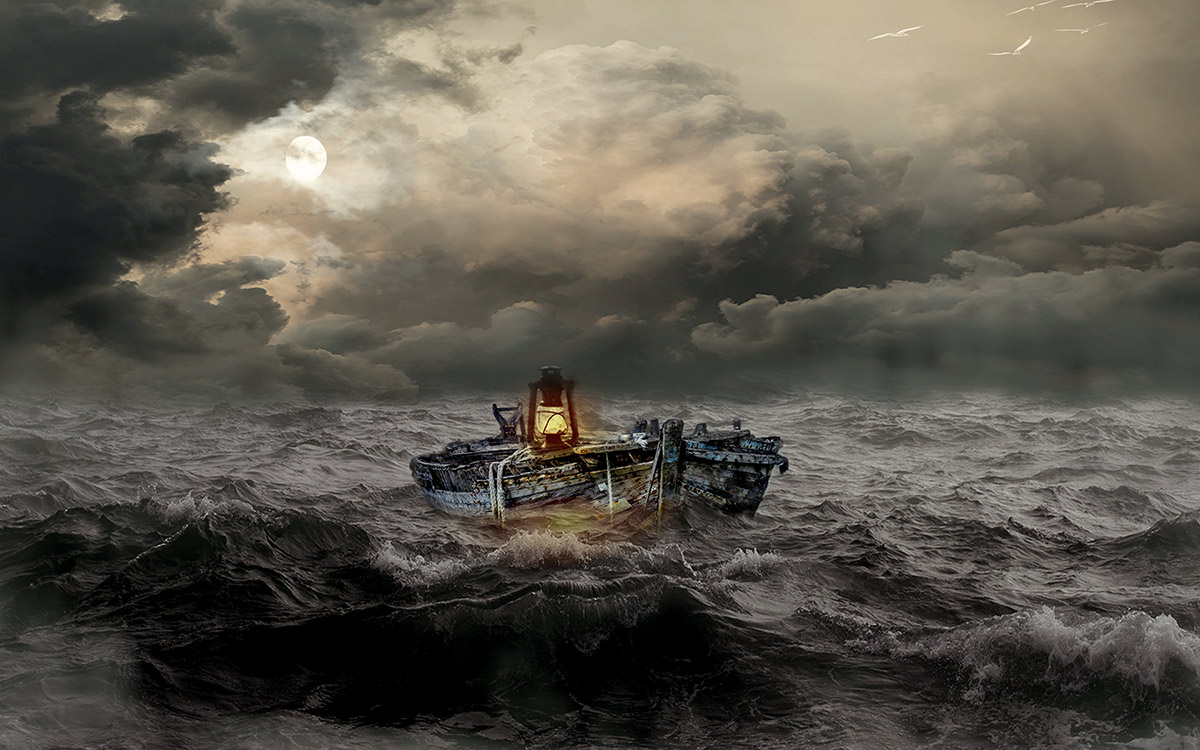 Some two thousand years ago Jesus began his earthly ministry. He did so in a land facing many spiritual and political challenges. As he navigated this sometimes dangerous setting, Jesus chose a few individuals to walk beside him. Those chosen eventually came to be known as the Twelve Disciples. They learned many lessons as they assisted Jesus and closely watched his life from day to day.

Chapters 10-13 of Matthew chronicle an extraordinary time for Jesus and his Disciples. Crowds followed them and miracles were performed as Jesus taught about the kingdom of heaven. As chapter 14 begins, however, a horrific incident is mentioned. John the Baptist, who had earlier been arrested and held prisoner, was executed. When Jesus learned of this, he got into a boat and headed out to a place where he could be alone.

One can only imagine what Jesus was thinking at that moment. Knowing that he himself would eventually be killed, perhaps he wondered about the timing of his own death. He apparently didn’t have much time to consider this. As he drew near to the shore, he noticed that crowds of people had seen where he was headed and ran to meet him on his arrival. This is the crowd of more than five thousand whom Jesus miraculously fed with five loaves of bread and two fish.

Likely exhausted and still grieving for John the Baptist, and after being among such a large crowd, it appears that Jesus desperately wanted to be alone. He made his disciples get into a boat and head off for the other side of the lake. He then sent the crowds of people away as well. Now alone, Jesus went up on a mountain to pray.

This must have been an extraordinarily challenging time for the Disciples. They were without Jesus, and their small vessel was being ferociously beaten by strong winds. Matthew 14:24 mentions that they struggled in this way deep into the darkness of night. Several of them must have been thinking back to the time mentioned in Matthew 8:23-27 when they had been in a boat with Jesus and found themselves in similar circumstances. Fearing death, they woke and begged him to save them. He did so by calming the storm. And yet now, as they faced similar peril, Jesus was not with them in the boat.

There are times in all of our lives when we face situations like this. Something takes place that profoundly unsettles our world. That which had become normal and comfortable to us is changed by some series of unwelcome circumstances, and we find ourselves being buffeted by fear, doubt, and uncertainty. It’s as if we’re being beaten by strong winds and waves, and are not sure if things are going to end well.

It’s precisely at these moments in life that Jesus wants us to trust him the most. And it’s at these moments that it’s the most difficult to do so. These are the times that define us. On the one hand, everything seems to be against us. On the other, we have numerous promises from God stating that he will never abandon us. Among many others, these include:

Keep your life free from love of money, and be content with what you have, for he has said, “I will never leave you nor forsake you.” So we can confidently say, “The Lord is my helper; I will not fear; what can man do to me?” Remember your leaders, those who spoke to you the word of God. Consider the outcome of their way of life, and imitate their faith. Jesus Christ is the same yesterday and today and forever.

Do not be anxious about anything, but in everything by prayer and supplication with thanksgiving let your requests be made known to God. And the peace of God, which surpasses all understanding, will guard your hearts and your minds in Christ Jesus.

Jesus knew what his disciples were facing as they struggled against the storm. Just as despair was setting in, Jesus was there for them as shown in Matthew 14:25-33 (ESV):

And in the fourth watch of the night he came to them, walking on the sea. But when the disciples saw him walking on the sea, they were terrified, and said, “It is a ghost!” and they cried out in fear. But immediately Jesus spoke to them, saying, “Take heart; it is I. Do not be afraid.” And Peter answered him, “Lord, if it is you, command me to come to you on the water.” He said, “Come.” So Peter got out of the boat and walked on the water and came to Jesus. But when he saw the wind, he was afraid, and beginning to sink he cried out, “Lord, save me.” Jesus immediately reached out his hand and took hold of him, saying to him, “O you of little faith, why did you doubt?” And when they got into the boat, the wind ceased. And those in the boat worshiped him, saying, “Truly you are the Son of God.”

So what about you and me? During the most trying moments of life will we keep our eyes on Jesus, or will we allow the storm to distract and overwhelm us? There are no easy answers at such times.

One thing is clear. God will not fail us, and as we trust him our faith grows and we have that much more confidence in God during the next storm. And as was the case for Peter, even when our faith is weak and we falter, the Lord eventually allows us to learn and to grow.

One day, whether from heaven or earth, we will look back on the most trying moments of our lives with the benefit of hindsight. We will then see and know that the promises of God are trustworthy, and that Jesus is worthy of our faith. 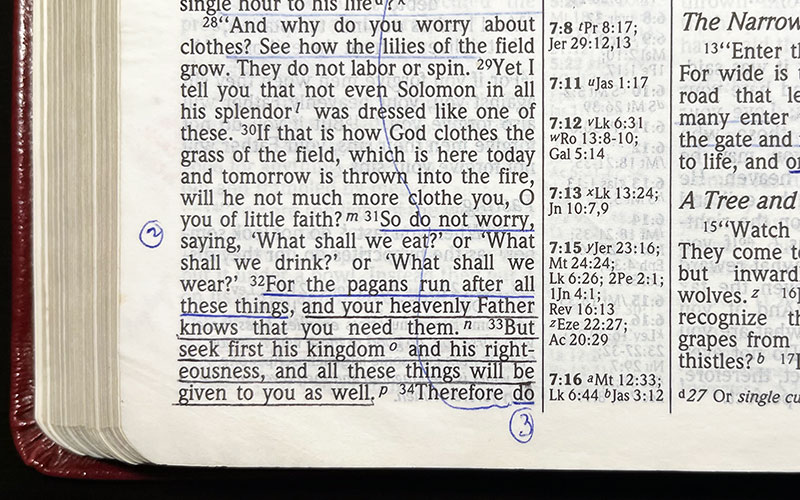 My wife and I are facing an uncertain season of life at the moment, as are a few of our family members. Perhaps you are as well. As we face these times together, let’s encourage one another to take steps of faith based on God’s promises. And as we do so, may we keep our eyes on Jesus rather than on the storm!