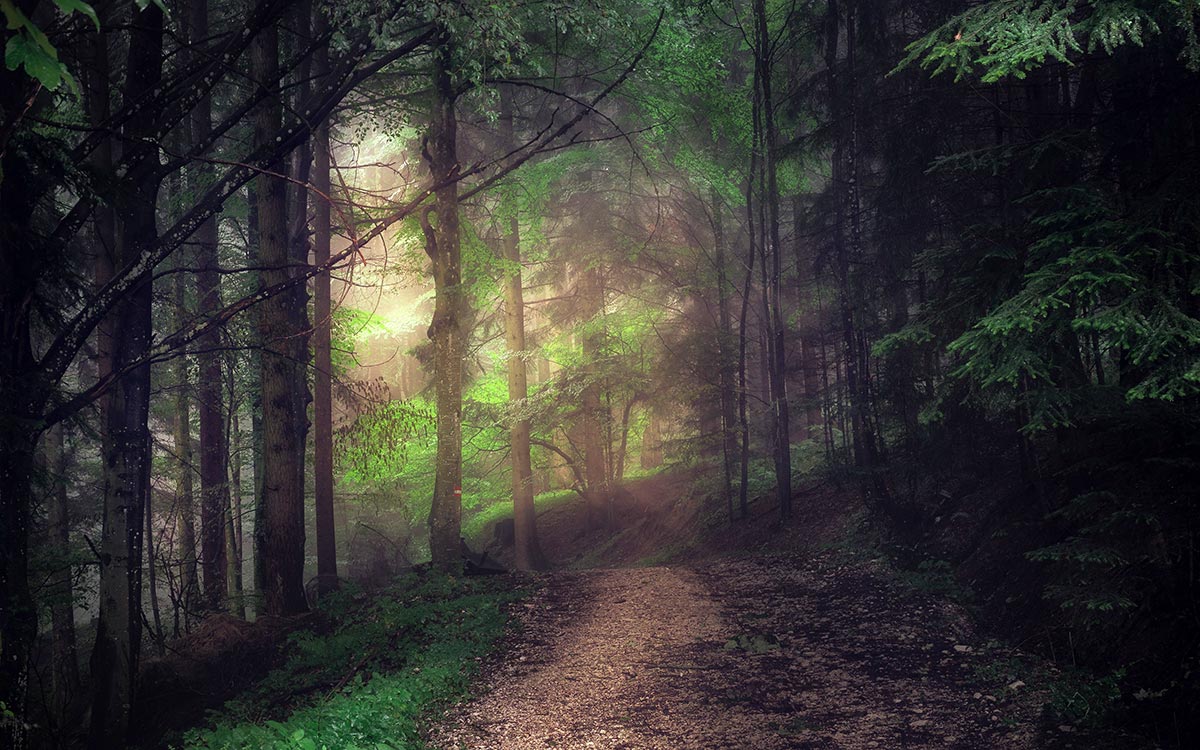 Staying on the Path

Literary works penned by exceptional writers often stand the test of time. A few become classics and are enjoyed by generations of readers. Some of the best provide imagery that help us visualize important concepts. An outstanding example is a work known as “The Pilgrim’s Progress.” This was written by John Bunyan, and published in 1678.

Think about that year. For almost 350 years now readers have cherished this allegorical tale. It chronicles the journey of the main character, named Christian, from what the author refers to as the “City of Destruction” to the “Celestial City.” In other words, the journey of an individual before knowing Jesus as Lord, and after coming to faith persevering through trials and temptations on his way to Heaven.

The imagery provided is that of a Follower of Christ staying on the path marked out for him or her by the Lord. The challenge is to do so while being persecuted, tricked, and jeered by others, and while being tempted by all manner of sin. As is true in life, an important issue for Christian is that he often has trouble recognizing sin for what it is until it causes great suffering and sorrow. After all, the enemies of God are very skilled at making sin look desirable and easy. The fact that so many others accept sin without reservation is another factor that makes it difficult for the pilgrim in life or literature to avoid it.

I’m working my way through an audio version of The Pilgrim’s Progress. I just finished Chapter Seven. In this, Christian and his companion at this point in the journey, named Hopeful, are traveling along the path together. It should be noted that while there’s generally no trouble for them to see the correct way, the path itself is not always easy. In fact, it’s often painful and difficult.

At one of the challenging portions along the path, Christian and Hopeful see a beautiful meadow off to the left side. There’s even a fence between the meadow and the path. Going up to the fence, the pair notice that the meadow seems to have its own path, and it looks far easier than the one they have been faithfully following, and that has suddenly become quite difficult. Noticing that the meadow-path looked pleasant, Christian suggests to Hopeful that they leave the path they are on to take the easier way. Hopeful objected by suggesting that the meadow-path might take them off the correct course they’ve been following. Christian persuaded him not to worry, saying that it’s not likely to present any problem.

Having turned onto this seemingly easy way, it wasn’t long until things grew dark and they began to realize their error. Unable to immediately find their way back, what followed was a lengthy period of bondage, heartache, and deep despair. It took far more effort to finally escape the wrong path than it ever would have taken to stay on the right one.

This is one of many such incidents that take place as Christian and others are tempted off the course marked out for them by God. In his creative style, Bunyan does a great job of demonstrating how turning off to the right or left, or chasing dead-ends, never turns out well. For each trial or temptation, it’s clear that the way of truth and light may be difficult, yet the apparent easy way of sin proves catastrophic. Still, it’s also always apparent that choice is involved. This reminds me of the encouragement offered in 1 Corinthians 10:13. In the NIV it reads:

No temptation has overtaken you except what is common to mankind. And God is faithful; he will not let you be tempted beyond what you can bear. But when you are tempted, he will also provide a way out so that you can endure it.

His divine power has given us everything we need for a godly life through our knowledge of him who called us by his own glory and goodness. Through these he has given us his very great and precious promises, so that through them you may participate in the divine nature, having escaped the corruption in the world caused by evil desires.

No man or woman who ever walked the earth, aside from Jesus, was able to stay on God’s path without falling into temptation. And yet, these verses and many others demonstrate that when we do stray off the path, we do so willfully. We do so because the way offered to the right or left promises more pleasure or ease than the path that God has marked out for us. When we choose to stray we disappoint God, grieve the Holy Spirit, and we delight God’s enemies. In fact, in doing so we give them a “foothold,” or the right to work in our lives. Read and reflect on Ephesians 4:17-32 for how this works.

In The Pilgrim’s Progress, Christian is given a scroll when he receives Jesus as his Lord. This represents the Bible, and offers him great encouragement on his journey. The same is true for us. The very best way for you and me to stay on God’s path is to be washed in his Word. As on a regular basis we take in God’s Word, pray for guidance and protection, and listen for the Holy Spirit to guide us in accordance with God’s Word, the path becomes more and more clear. Psalm 119:105 states this well when it says, “Your word is a lamp for my feet, a light on my path.”

Notice that in this verse God’s Word is spoken of as a lamp. This is not a 5,000 lumen tactical flashlight that can cast a beam out to 300 yards. It’s a lamp that illuminates our next step, and perhaps just a little more. As we search the Bible, pray, and listen, God will make his path clear to us. He will be faithful to do so, and the choice is ours whether or not to follow it, or to stray.

Here’s an interesting thing. When we stray, we eventually suffer. The farther and longer we wander, the more intense our suffering and sometimes the suffering of many others. Straying from God’s path always causes pain, suffering, and eventually deep regret. The wonderful thing is that the opposite is also true. When we persevere on God’s path, even when it’s challenging and costly to do so, and as we deny ourselves apparent pleasure and ease, having done so fills us with a joy and gladness than can be experienced in no other way.

I am so thankful for God’s grace, patience, and love. By grace alone, when we stray God allows us to return, repent, and draw near to him again. How much better by far would it be to stay on the path in the first place. By doing so we avoid the scars in which the enemy delights. Help us, Oh Lord, to stay on the path you’ve marked out for us, and in doing so to please you and enrage your enemies. Amen!