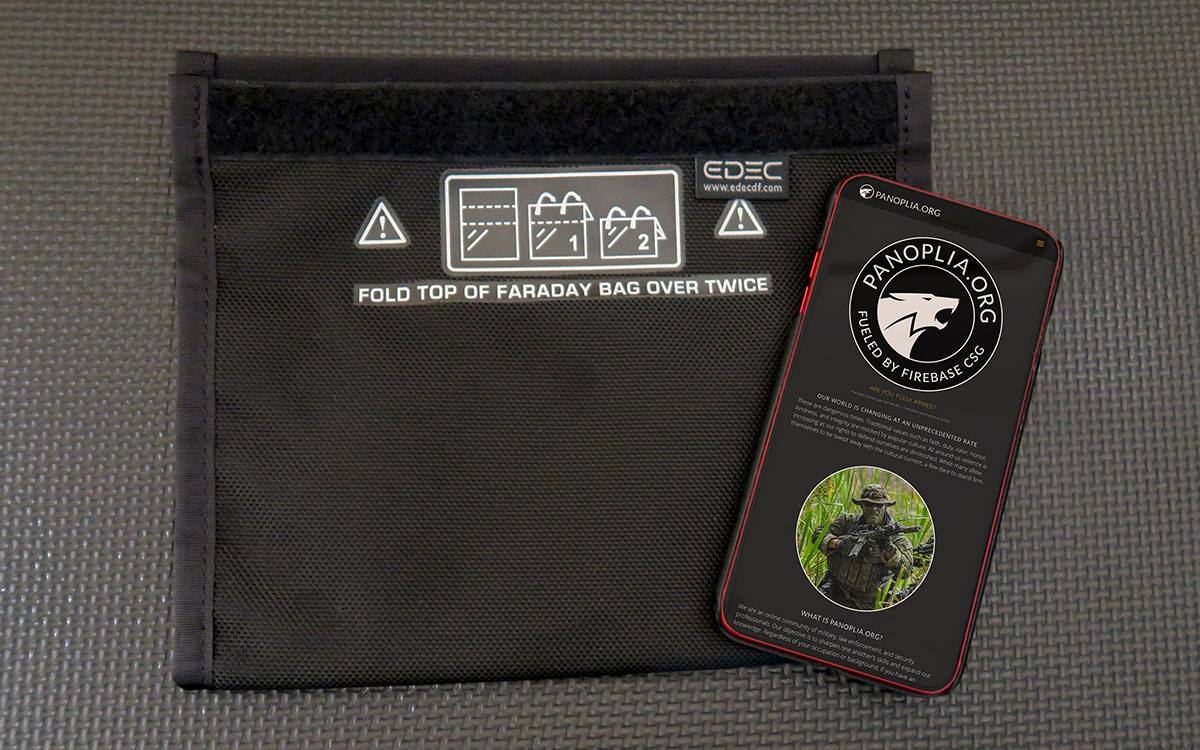 Two years ago more than a dozen expats were detained by a repressive overseas government. Aside from being separated from others and having to endure intense interrogation sessions, some of which lasted for weeks, their digital devices were confiscated. They were also forced to surrender their passwords.

I served for weeks on the Crisis Team that sought to manage this almost unprecedented situation. Thankfully, all the individuals were eventually released. They were also handed back their digital devices. The issue was that these devices had been in the hands of one of the world’s most repressive regimes for days or weeks. The operating assumption was that tracking and related technologies may have been installed within the devices.

This being the case, as the individuals arrived on various flights all their digital devices were immediately placed within a signal-blocking duffle bag. This helped ensure that no location tracking or related technologies that may have been installed could send signals. At one point we had over twenty laptops, tablets, and smartphones stuffed into bags like the one shown in the image below. 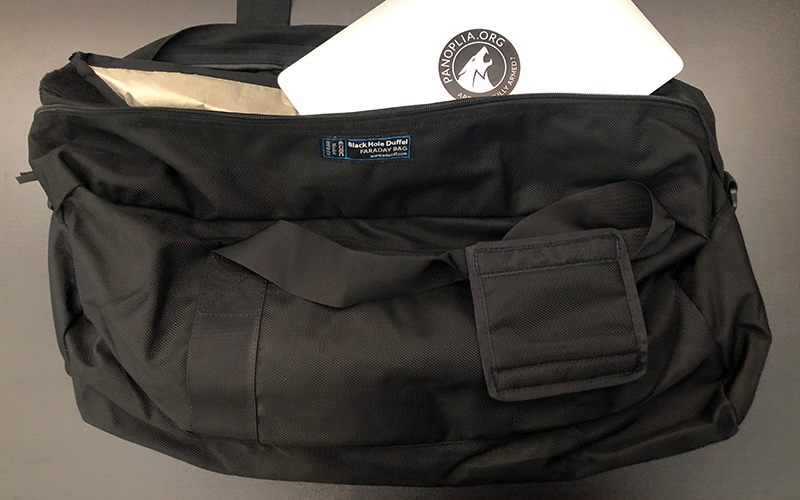 This bag, and the smaller one pictured at the top of this article, are Faraday bags manufactured by EDEC. They are part of their Black Hole series. Among other uses, these are intended to protect digital devices seized during law enforcement operations in order to preserve evidence.

Named after the nineteenth-century English scientist Michael Faraday, a Faraday cage or Faraday bag blocks all electronic signals from entering or exiting the space inside. This includes Bluetooth, Wi-Fi, and other electronic signals. This being the case, once placed inside a Faraday bag digital devices are electronically invisible. They cease to appear on networks, or to send and receive calls, etc.

The operational benefit of using a Faraday bag can best be understood in the context of our Panoplia.org article posted on September 23, 2020. This was titled, “The Evolution of Surveillance.” We described in this how governments around the world, including repressive regimes, are making use of advanced technologies to track individuals. This includes using smartphone location services and apps.

Using a Faraday bag to block the signals of digital devices must be part of carefully-thought-out operational procedures. For example, if your smartphone is being monitored by officials of a repressive regime, and your signal is suddenly dropped only to appear again in a different location four hours later, this may raise red flags. This might cause those surveilling you to become suspicious. This may force an intrusion or other reaction on their part.

It’s outside the scope of this article to describe operational procedures. This notwithstanding, if during a crisis or other situation it would be advantageous for you to block all signals to or from your phone or other digital devices, a Faraday bag is an excellent option.

I currently have a Faraday bag in my Loadout Level 3B (Vehicle) and Loadout Level 04 (Residence). I sometimes carry one within my Loadout Level 02 (Go Bag Essentials). It’s important, however, to understand that while traveling internationally having a Faraday bag marked as such might prove problematic in some circumstances. If having one while living or traveling overseas is necessary, it’s best to remove any labels and to generally use the bag for storing something that would be easily explainable, such as one’s passport or credit cards. These have RFID chips, and it would likely make sense to say that having them stored in this small bag helps prevent RFID theft. The Faraday bag could then be used for blocking signals to and from digital communication devices as necessary.

Finally, some suggest that a Faraday cage or Faraday bag might offer some protection for digital devices during an Electromagnetic Pulse (EMP) attack. This is not an application with which we have personal experience, and so we cannot comment on these suggestions. Feel free to use the Comment section below if this is an area of specialization for you.