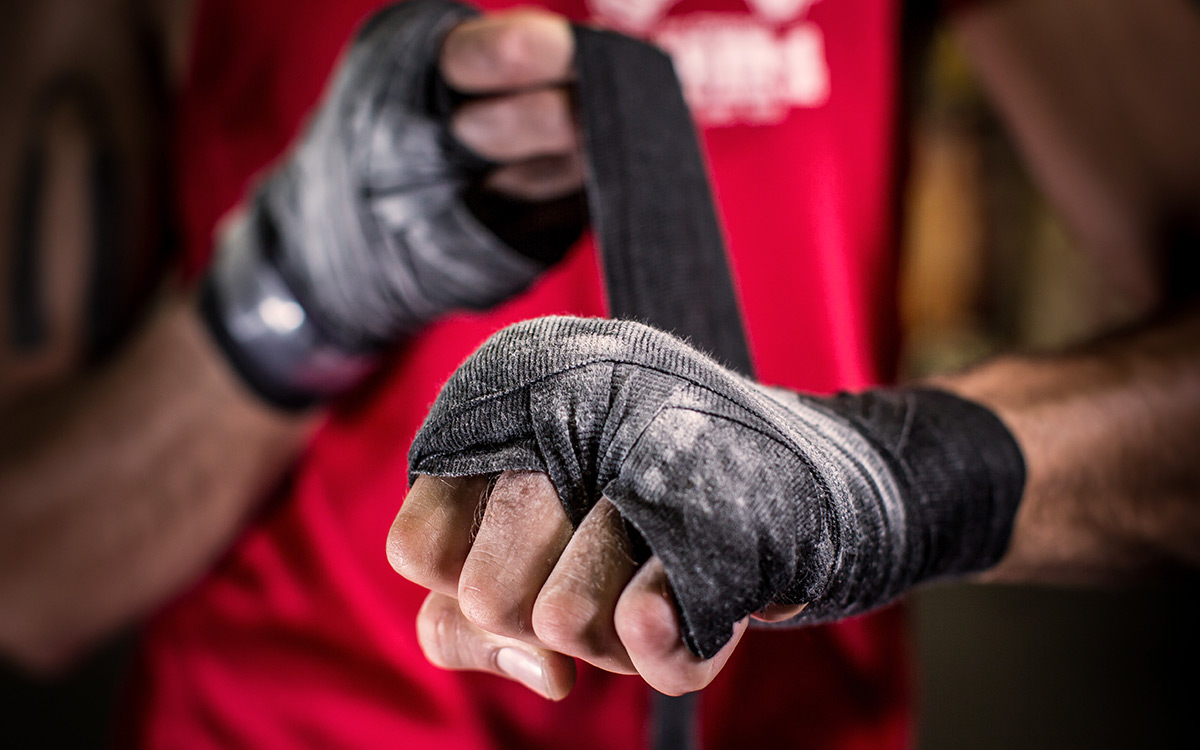 Those of you who participate in combat sports, or who simply appreciate the skills of those who do, will understand the importance of studying an opponent’s technique. Whether doing so during a fight, or even better having the opportunity to study film of previous fights, a tremendous advantage can be gained by recognizing tendencies. For example, to the degree an opponent forecasts a certain strike with a particular movement, you can be ready to move and to counter more effectively. The ability to see a punch or kick coming before it’s launched can make all the difference.

In a similar way, entrepreneurs who can anticipate a need before others have even considered it can change an industry. I recall hearing an account of how Samuel Colt stunned Prince Albert at the Great Exhibition held in London in 1851. Prior to that time most handguns were built individually, each part being unique to that firearm. It’s said that Colt and his men disassembled multiple Model 1851 Revolvers and placed the many of pieces into a bag. They then shook them up, dumped them out, and quickly reassembled the revolvers.

To Prince Albert’s astonishment, the pieces to the various pistols, no matter how small, were interchangeable. This was revolutionary, and demonstrated Colt’s ability to prepare for what was coming in the firearms industry.

More recently, not many saw the worldwide Pandemic of 2020 coming. Even when it hit in China, many in the USA remained uninterested and unprepared. On February 05, 2020 we posted an article on Panoplia.org forecasting the possibility of food, mask, and ammunition shortages. It was titled, “Preparation or Panic.” It wasn’t until mid-March, some six weeks later, that shortages started to take place and Americans started to panic. Those who were prepared well before mid-March had far less to worry about than those who were not.

This brings us to today. What can we “See Coming” for the months and years ahead?

There’s now only 103 days left until the 2020 Presidential election in the United States. The ramifications of this election may be staggering. If President Trump is reelected, violent protests may continue for some time. On the other hand, if a Socialist candidate or one who appears to be moderate yet who is controlled by those with far-left agendas is elected, there’s no telling what may result. Patriots who hold traditional values and who defend the Constitution will likely be unacceptable to those who want to fundamentally transform America. It’s possible that widespread conflict may result, especially if attempts are made by those in power to confiscate legally-owned firearms.

Let’s not fall into the trap of “looking past” the 2020 Election. Let’s do all we can in the few months ahead to ensure that we elect leaders who hold traditional values, who love the United States, and who will protect and defend the Constitution. At the same time, let’s prepare now for the possibility that this will not be the case. Taking the Panoplia.org online Soft Skills and Tactics (SST) course will go a long way in helping you to prepare. Please consider doing so, and suggesting that those you love do the same. You can register on THIS PAGE.

The fact is, however, it’s likely too late to be fully prepared for what may come in the next six months. With this in mind, we are hoping and praying that good leaders will be elected for at least the next four years. If this is the case, the tendency of most Patriots will be to relax. We suggest that doing so is unwise in the extreme. If we are fortunate enough to have good leaders elected in 2020, there’s no doubt that Socialists, Marxists, and all other manner of far-left activists will not give up. They will work tirelessly to ensure that they take control in 2024. We suggest that now is the time to prepare for that very real possibility.

Just like the fighter who sees a punch coming, and Samuel Colt who foresaw the need for interchangeable parts, you have an opportunity right now to think well ahead of the crowd and to prepare for the near future. The possibility of a Socialist takeover of the United States in 2024 resulting in widespread conflict is real. As noted, it’s a possibility that this may start with the election of 2020, yet it’s even more likely that 2024 will see the attempted “fundamental transformation” of our homeland.

Again, you can begin preparing for this now by taking the SST Course. All the topics will apply, yet topics 02.02.04 and 02.02.05 (see below) are of particular importance at this point. 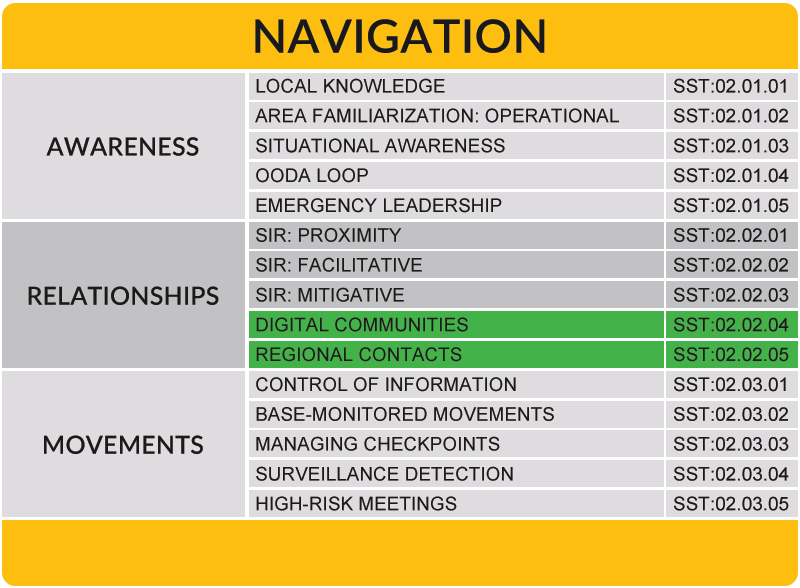 Now is the time to start developing trust-based relationships with Subject Matter Experts (SMEs) who complement your own areas of specialization. We describe in the topics highlight above how this can lead to regional Subject Matter Groups (SMGs) that later develop into Networks of like-minded individuals. In Topic 03.01.04 we describe how Concentric Communication between various regional networks can lead to early warning in times of chaos and conflict.

It takes several years to develop relationships like those described above. You may even have started to do so in a small way. One of the visions of Panoplia.org is to serve as a means by which like-minded individuals spread across the United States and the world can start developing networking relationships with one another.

Another benefit of planning several years ahead is to help you consider options such as combining resources with others to develop rural property that can be used in the event of widespread conflict. To do this well takes planning and resources. 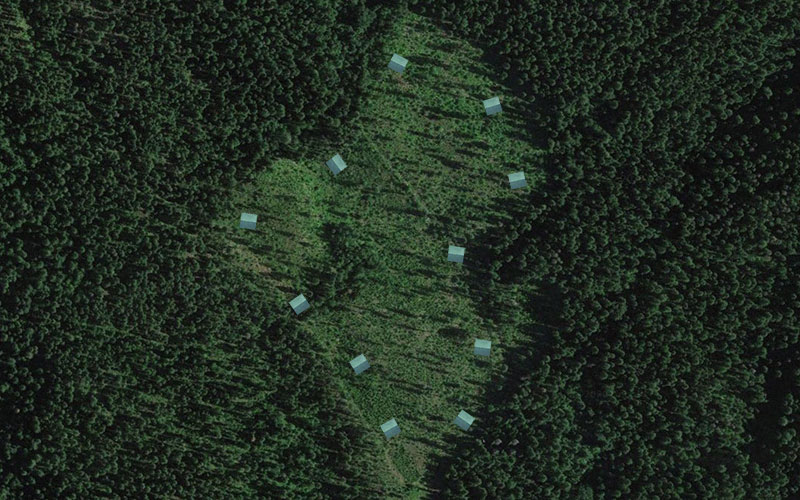 As we noted in the February 05, 2020 article, preparation helps ensure that there’s no need for panic. We suggest that you begin thinking now about possibilities for 2024. Building relationships with like-minded individuals is the best place to start, and this costs little to nothing. Consider participating in Panoplia.org as a first step. We just started this online community in January of this year. Our hope is that as more join we will have the resources to expand in a way that will facilitate even more opportunities for networking.

Will you be among the relatively few who cultivate the ability to see what may be coming, or will you find yourself among the millions who are caught unaware? We suggest that now is the time to start planning, building relationships, and networking.