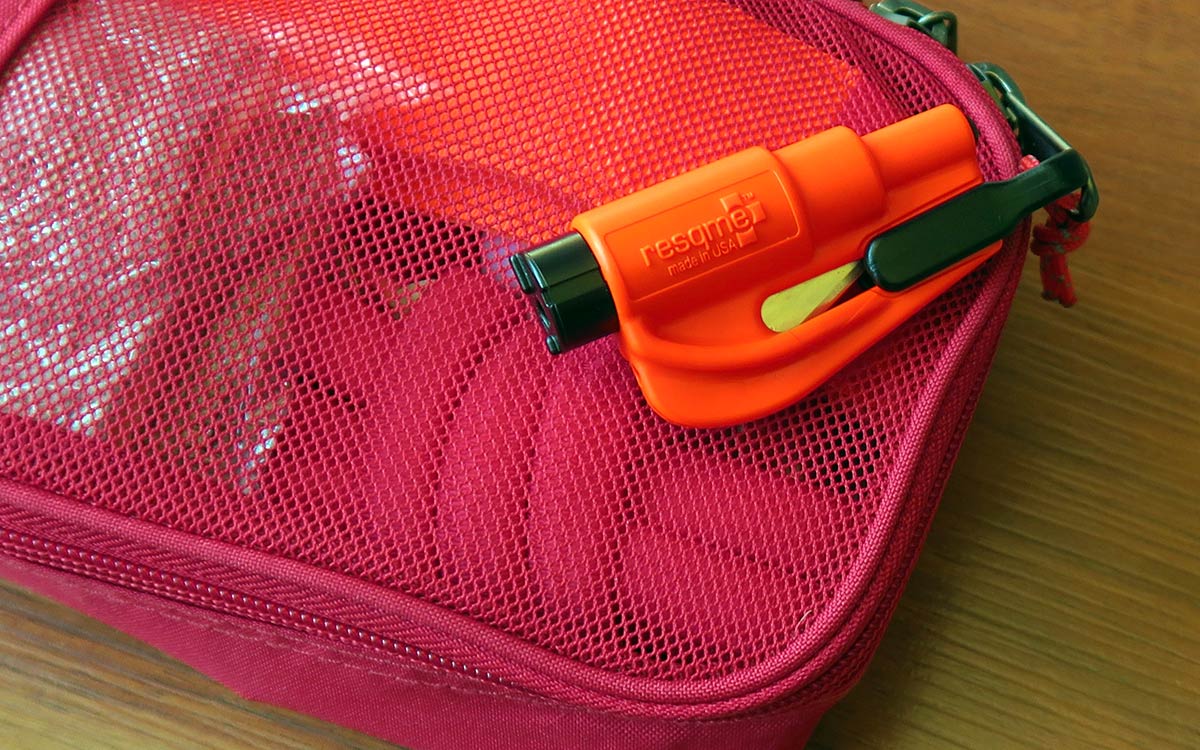 A good deal of our time is spent training individuals and teams to operate in low-visibility roles in some of the most challenging places in the world. The training includes many subject matter areas. One of these is the Tactical Emergency Casualty Care (TECC) protocol. This assessment sequence uses the acronym MARCH as shown in the image below. 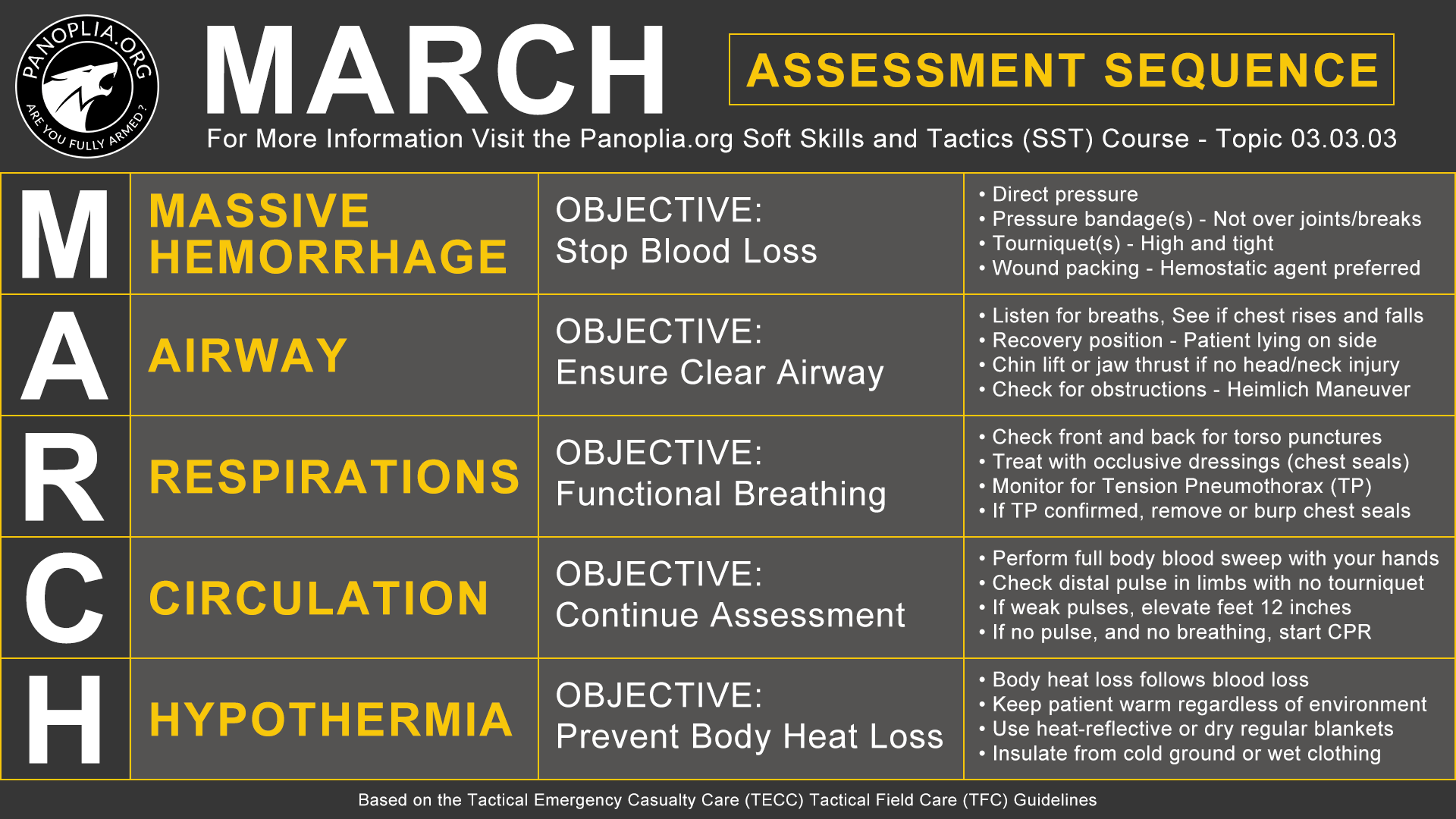 I’ve also taken the time to train our two adult children in the TECC protocols. They have complete Individual First Aid Kits (IFAKs) at the ready. These are well-supplied trauma kits designed to help ensure that anyone suffering a traumatic injury can be stabilized until they can be transported to a higher level of care.

There’s one piece of related gear that I neglected to include in the IFAKs I supplied for our daughter and son. For years I’ve carried a Resqme glass breaker and seat belt cutter as part of my travel gear. As shown above in the image of my Loadout Level 02 (LL-02) IFAK, this is a small unit that can be placed on the zipper of a backpack, IFAK, or in any number of other places where it can be quickly accessed.

Recently my son and his fiancé were driving in their hometown. They were shocked as they witnessed a horrific motor vehicle accident take place just a few cars ahead of them. Almost immediately, those in the area exited their cars. They stood and stared at the overturned vehicle as the cries of small children came from the back seat.

My son and a few others rushed up to the vehicle to help. No matter how hard they tried, they could neither break the glass nor open the doors very far. Thankfully my son is in excellent shape, and was raised with what we call in the industry a combat mindset. This is also known as a survival mindset. Those who have it are ready to take action when necessary.

My son squeezed in through the small opening he and a few others were able to make by pulling hard on the SUV’s back door. Once inside, he was confronted with screaming children hanging upside down and strapped into car seats. My son has never operated an infant’s car seat, and so it took him a bit to determine how to get the children out. Once he did so, he carefully pulled them out and handed them to those outside.

As my daughter-in-law to be was sharing the details of what happened, I was of course proud of my son and thankful that he jumped into action. At the same time, I was disappointed in myself for neglecting to attach a Resqme unit to his IFAK. These outstanding items can be purchased online for about $10.00 each. My guess is that if he had one he could have removed the children from the situation in half the time it actually took. This can be a significant factor when fluids are leaking from an overturned vehicle and no one is sure whether or not it will ignite.

I’ve carried a Resqme unit for years. This includes international trips. I’ve never had an issue with it falling off my bag, or in any other way causing trouble. Of the countless times I’ve been through airport screening in numerous countries, only once was I asked about the unit. This was in the United States. A TSA agent had never seen one and called over her supervisor. He asked me what it was, looked it over, and said, “No problem.”

We highly recommend carrying this small, very useful piece of gear along with your IFAK. You never know when it might make a significant difference.

Click HERE for a short video about how this product works