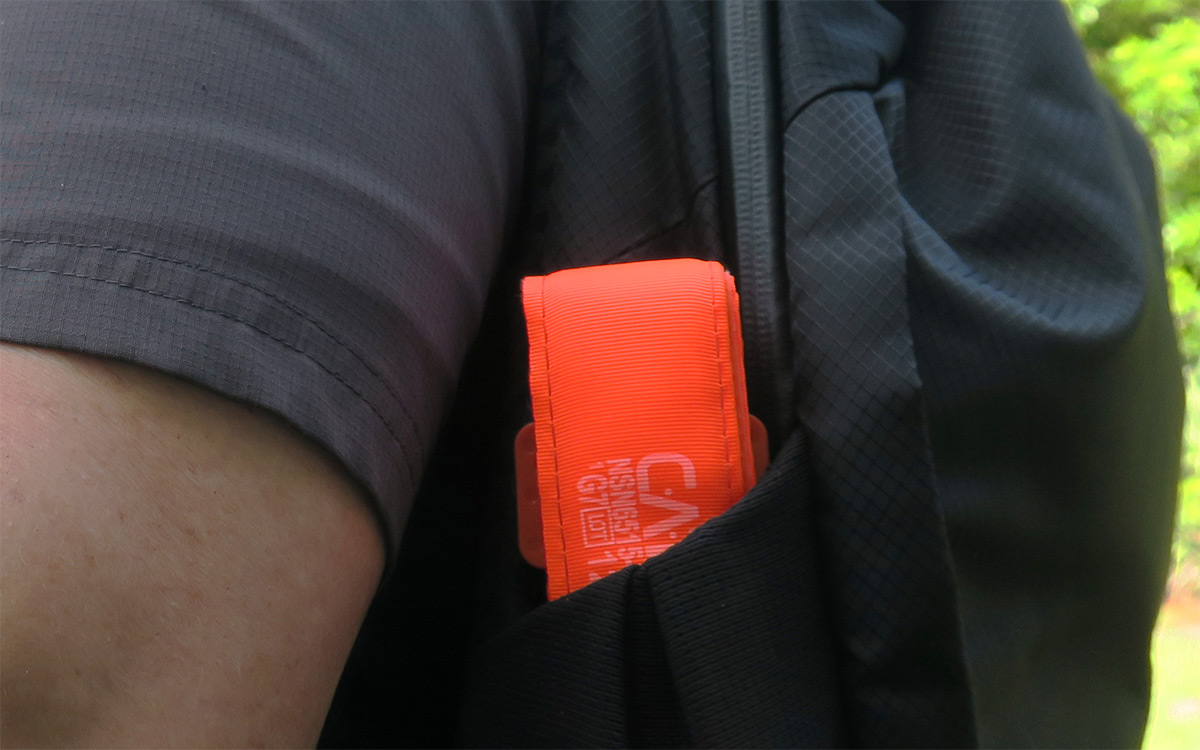 Thanks to outstanding courses based on the Tactical Combat Casualty Care (TCCC) protocol and its civilian counterpart known as Tactical Emergency Casualty Care (TECC), countless thousands are being trained in prehospital trauma care. There’s no way of knowing how many lives have been saved through the application of this knowledge. Originally developed by the Department of Defense in order to reduce the number of preventable deaths on the battlefield, these life-saving protocols are now being used by those who serve in law enforcement, in emergency response, and increasingly by those interested in firearms and tactical training.

The Tactical Field Care (TFC) phase of both TCCC and TECC make use of the MARCH acronym as outlined on the Panoplia.org MARCH Assessment Sequence Card. This is intended to serve as a reminder of one’s training, and to be carried in an Individual First Aid Kit (IFAK). The Panoplia.org Soft Skills and Tactics (SST) course addresses TECC and IFAKs in a number of topics. 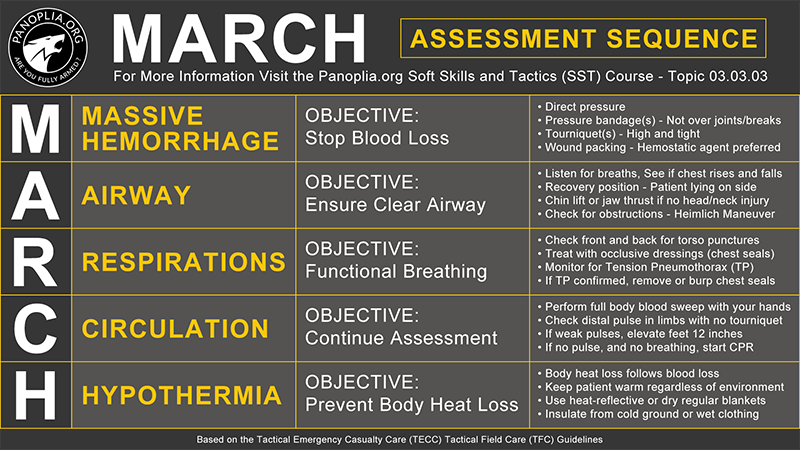 As shown on the Card, the first step in the assessment sequence is “M.” This stands for Massive Hemorrhage. It’s the first step due to the fact that an individual can die within minutes through massive blood loss. This being the case, the appropriate use of a tourniquet, as well as other techniques to stop blood loss, are foundational to the TCCC/TECC training protocols.

A key part of this training is the understanding that rendering aid following a traumatic injury is most effective if the proper equipment is close at hand. This points to the need for those who’ve been trained to carry an IFAK at all times. No trauma IFAK is complete without at least one tourniquet, preferably more. Again, the Panoplia.org SST course breaks down the various Loadout Levels and how IFAKs fit within them.

One choice for those who’ve been trained in the TCCC/TECC protocols involves which type of tourniquet to carry. We’ll address this below, yet it’s vital to understand that not all tourniquets are created equal. In fact, it’s a good bet that many who are well-trained are at this moment carrying defective tourniquets that may fail if applied in an emergency.

This issue became clear to me during a conference I attended last year. One of the presenters was a former medic. As part of the presentation on trauma care he said something along the lines of, “There’s no excuse for anyone not to carry a tourniquet, I just purchased five of them for under $10.00 each on Amazon.” He then held up what looked like a CAT Tourniquet (more on this below). I’m generally not one to speak up in such settings, but when the time came for questions and feedback I had to mention that if you paid less than $10.00 for a CAT tourniquet, you’re carrying something that will likely fail during application.

The genuine Combat Application Tourniquet (CAT) is manufactured and distributed by North American Rescue (NAR). This has been adopted by the United Sates Army, by members of various other branches of the military, and by countless law enforcement agencies. It’s also used by emergency personnel in the United States and various other countries. It’s an outstanding piece of equipment, and has likely saved countless lives. We highly recommend the NAR CAT tourniquet. 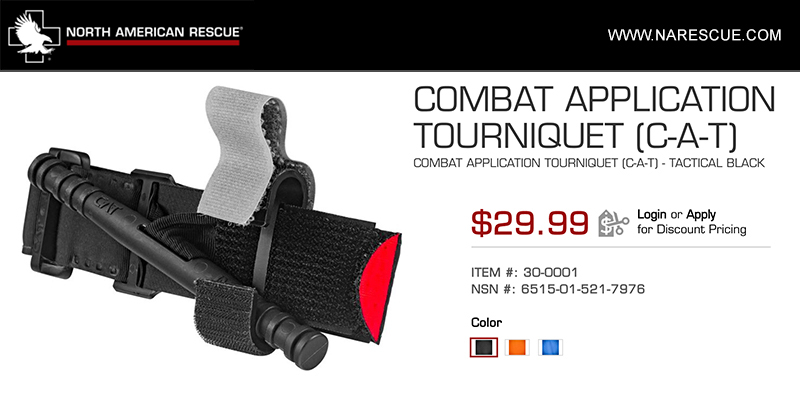 The issue is that due to the CAT tourniquet’s widespread adoption, a host of copycat and imitation models have been produced overseas and are available online through Amazon and other sources. A genuine CAT tourniquet can be purchased directly from North American Rescue on their website for $29.99. They may be available through other online retailers for a few dollars less, yet there’s no guarantee that they’re genuine. By contrast, the imitation models sell on Amazon for less than half this price.

There are very good alternatives to the CAT tourniquet. Each has its own pros and cons. In addition to the CAT, and as a backup, we also carry the Rapid Application Tourniquet (RAT) in our IFAKs and in readily-accessible outside pockets on our Loadout Level 02 bags. The RAT is smaller, and thus easier to carry. It may work better on the small limbs of very young children and on service animals. However, we find it slightly less easy to apply than the CAT, especially for self-care. The RAT tourniquet is manufactured and distributed by Rapid Medical, and is an excellent product. 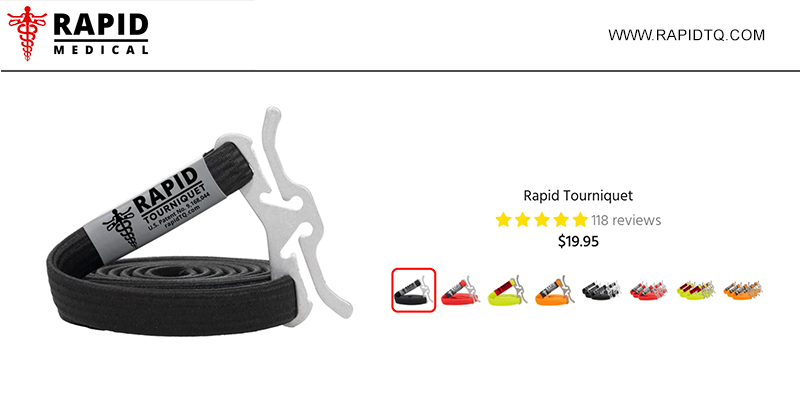 For other effective tourniquets, we suggest that you search the Internet for publications released by the Committee on Tactical Casualty Care. Whichever tourniquet you choose, please ensure that you purchase the units from a reputable source. Trusting your life or the life of another to a cheap imitation tourniquet is not worth the few dollars you may save. Like many other pieces of gear, quality matters when the consequences involve life and death.

Let us know in the Comments section which tourniquet you currently prefer to carry, and why.