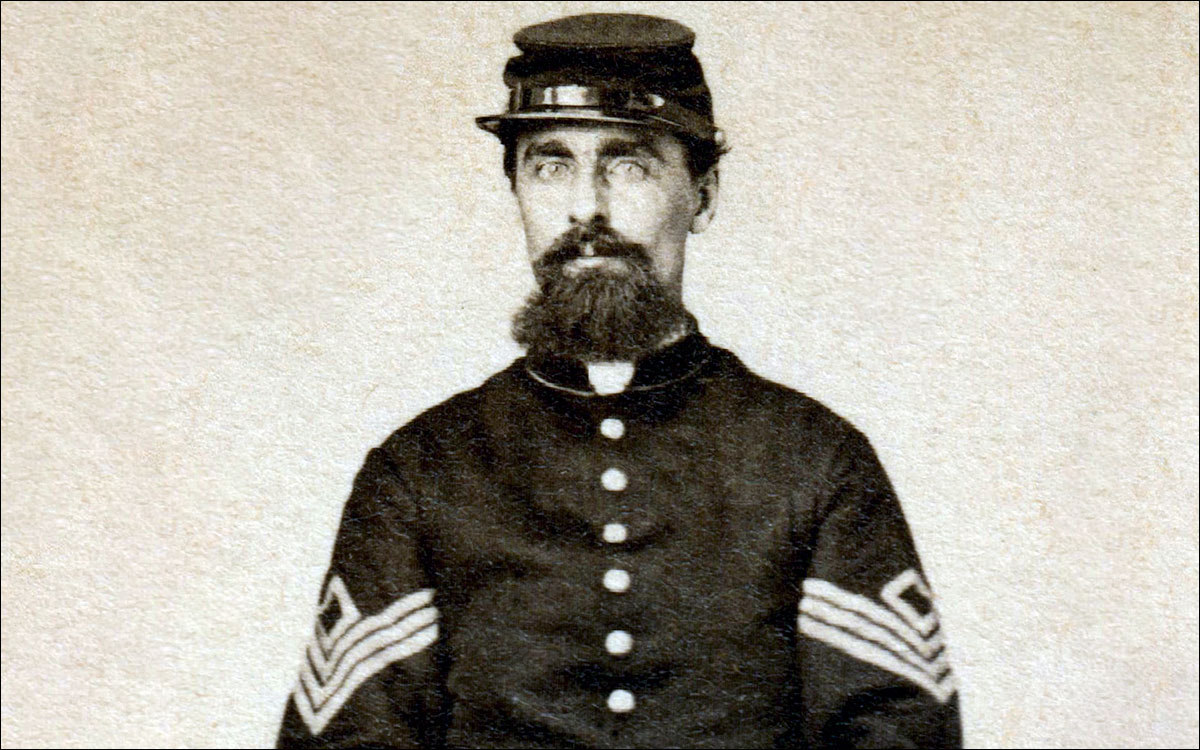 Language is amazing. It allows us to communicate thoughts, feelings, and concepts through words. It should be realized, however, that language is simply representative. The actual meanings we attempt to convey through words are often far more profound than can be represented by a single, or even multiple, words. In fact, sometimes words are simply not sufficient to adequately convey what is thought, felt, or experienced.

I suggest this is the case for the word perseverance. The Latin roots are “per” for very, and “severus” for strict or serious. The Online Etymology Dictionary suggests a meaning of “To persist in what one has undertaken, to pursue steadily a design or course.” Such cold and analytical terms do a poor job representing what it means to persevere under intense opposition. To even begin to understand this, we must look to real-life examples.

There are thousands of examples of individual perseverance throughout history. In fact, there are examples we could mention from today. The reason I chose the one I did is that 155 years ago this week my great, great grandfather died in uniform. He served as a First Sergeant in the Union Army during the Civil War. What makes his account interesting is that he kept a daily journal (image below) that chronicled his wartime experience. He did his best to use words in an attempt to convey what he and others were experiencing during one of the saddest chapters in American history. 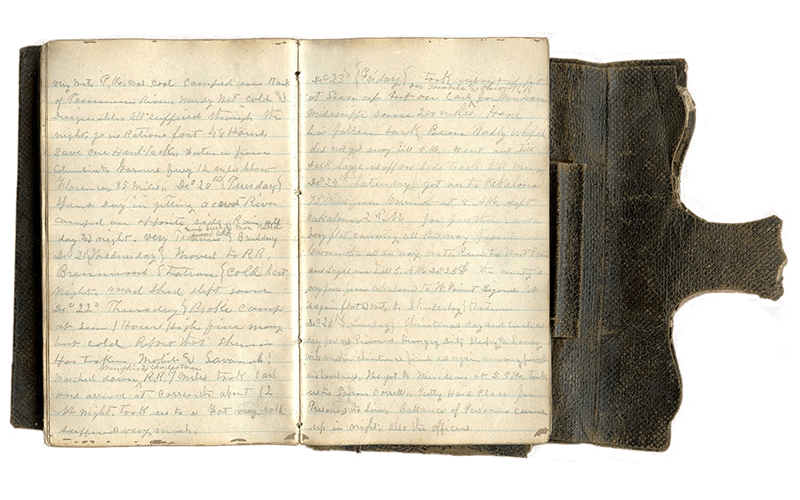 John, pictured above, volunteered for service on August 9, 1862. He was a 33-year-old teacher from Ohio. Deeply patriotic, he was motivated to see the United States remain one country. His infantry regiment was assigned to serve in Middle Tennessee. Key railway stations and tracks in this area made it possible for the Union Army to resupply troops fighting in the South.

John’s regiment was tasked with manning blockhouses, small wooden defensive structures, in order to ensure that neither the railroad tracks nor communication lines were damaged by Confederate troops. The blockhouses were spread out along the tracks at various intervals. They were, in effect, sitting targets. They endured many attacks. Some were undertaken by small raiding parties, and others by large forces. John’s entry from August 30, 1864 read:

Big excitement relative to Wheeler’s coming in with a force of 3 to 4000 men… we may have a chance to see some fun… I shall try to do what I can in defense of our position… this may be my last record and if so, Our flag oh! Long may it wave over the land of the free and the home of the brave.

The Journal outlines this battle and others. In a matter-of-fact style, John notes almost daily the many challenges faced by himself and his fellow soldiers. Disease was a huge challenge, as was food and maintaining their meager quarters in the woods.

Finally, on December 5, 1864, an attack came that they could not repel. Confederate General John Bell Hood sent General Nathan Bedford Forrest and General William B. Bates to take the area being defended. The small blockhouses suddenly faced two cavalry divisions and one infantry division, said to total roughly 30,000 men.

Along with 102 others, John was taken prisoner. Over the next 20 days they were marched 137 miles over rough terrain and through swollen streams. They averaged some 15 miles a day, during which a number of his fellow soldiers died from exposure or lack of food. They finally reached a prison camp at Meridian, Mississippi on Christmas day. About a month later John and others were transported by train to the infamous Prison Camp at Andersonville, Georgia.

The horrors of Andersonville can hardly be exaggerated. A 1996 movie titled Andersonville chronicled what men endured there. Upon his arrival, John wrote in his Journal, “Of Andersonville the mind must draw its own picture.” He spend 61 days in Andersonville. He records many hardships, including intense suffering, disease, death, some prisoners renouncing the Union and joining the Confederate Army, and having his clothes and meager rations stolen one night as he slept.

When John and others were finally released for prisoner exchange on March 24, 1865, they were taken in Confederate custody to Vicksburg, Mississippi and on March 31, 1865 handed back to Union forces. John wrote in his Journal, “Oh this is the brightest day of my life long to be remembered.” Over the next weeks He wrote how he and his fellow soldiers could hardly wait to be reunited with their loved-ones. They were filled with joy as on April 24, 1865 they were loaded onto a Mississippi steamship called the Sultana, and started North for home.

On April 27, 1865, 155 years ago this week, the Sultana slowly made its way up the Mississippi river. Built to carry less than 400 passengers, the Sultana was loaded with over 2,000 men, many of whom were newly-released prisoners of war.

A few miles north of Memphis, Tennessee the Sultana exploded. More than 1,000 men lost their lives. It’s counted as the worst maritime disaster in United States history. The tragedy was all but forgotten since it was overshadowed by news of President Lincoln’s assassination twelve days earlier.

John was among those who died on the Sultana while dreaming of home. His Journal was recovered from his body. His last entry was written a few hours before the explosion. It read, “Very fine day, Still upward we go.”

There are countless similar recollections of perseverance against horrific odds from those who honorably fought for both the Union and the Confederacy. The same could be said of those who fought in other wars, and in everyday life as choices are made in the face of adversities great and small. One thing we can learn from all this is that the human spirit can endure far more than we can imagine.

When the darkest hours come for you, recall that many who went before us overcame, and that it’s possible for you to do so as well. Perhaps one day 155 years from now your descendants will be encouraged by reading of how you overcame the trials and fears that were too much for others to bear. As we face the challenges of this life, remember those who went before us and who persevered. Determine to fight on, and resolve to never give up!