It’s reported that the average car battery lasts about three years. Unless you regularly trade in your ride for a new one, you’ve likely at some point had trouble starting your vehicle. My wife and I are a one car, one motorcycle couple. We’ve owned our 2003 Honda Pilot for 18 years this month. It’s been a great SUV, but we’ve had to replace the battery several times. A few times the battery has given out in less-than-ideal situations.

The news has recently been dominated by scenes and accounts of protests, riots, and looting in various locations around the USA. This unrest is often unpredictable. Many individuals who have nothing to do with the protests have suddenly found themselves surrounded by angry crowds protesting for one reason or another. The next time you watch news reports of unrest, look to see how many drivers are attempting to exit the area once they realize what’s happening. I’ve been in this situation two times during my years living overseas. Both took place within an Islamic country. One was especially dangerous.

The more dangerous incident took place about the year 2000. Our children were both under ten years old at that point. We were in a downtown area not far from a mosque when news of violent demonstrations started to circulate. We got into our vehicle and started home as soon as we could. Before long we found ourselves with a few other vehicles surrounded by a crowd of protesters. Angry young men were quickly approaching, and I was weighing my few options. Suddenly an unusually tall individual that seemed to be a leader came very close and looked straight into our windshield. His eyes widened with disbelief as he realized that we were westerners rather than local Muslims. It was one of those moments that I don’t think I’ll ever forget. To my surprise, rather than bashing in the window he stood directly in front of our SUV and motioned for the other protesters to get back. He then motioned for me to follow him, and within seconds we were clear of the crowd and on our way home.

Think about what it would be like if you found yourself in a location that was experiencing unrest, and as quickly as you could you got to your vehicle to exit the area. Then imagine that this is the moment your battery decides to give out. Believe it or not, I’ve also been involved in a situation very much like this. In section 01.02.04 (Vehicle Survival) of the online Soft Skills and Tactics (SST) course, I recount what happened when a low-visibility, non-armored vehicle carrying me and several other Americans stalled in Kabul during a tense situation. If I recall correctly, I took the image below from our vehicle around the time of this incident. 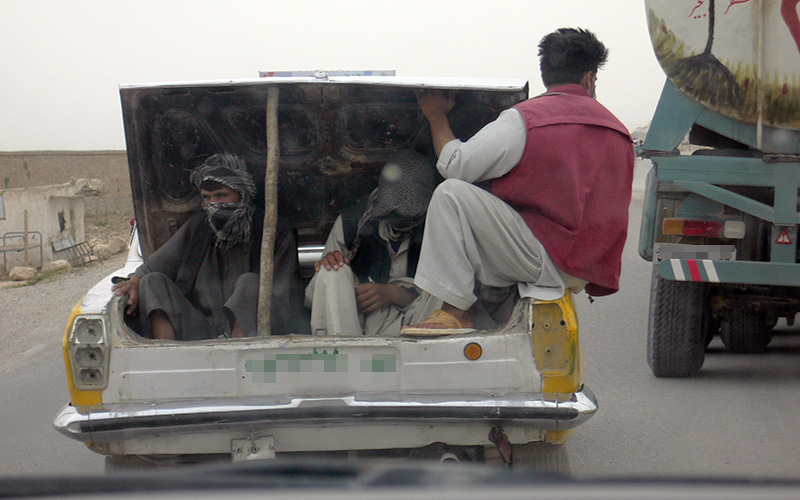 All three situations during which vehicles I was in were suddenly surrounded by angry crowds had one thing in common. Each time someone from the crowd decided to act with kindness. Each time they did so at risk to themselves. The problem is that during such times we can’t always depend on the kindness of others, especially strangers.

If you found yourself in an area experiencing unrest and your battery gives out, how would you respond? Until recently, if you chose to use your vehicle to exit the area you’d have to find another driver willing to offer assistance. Hopefully one of you would have access to jumper cables. The problem with this scenario is that your personal security, and maybe that of your family, is dependent on the kindness of others. Thankfully, there’s now another option.

One day in early 2017 I found myself helping others with a car that would not start. The battery was dead. Before I could grab my jumper cables a guy showed up with a small device in his hand. He hooked it up, told the driver to turn the key, and that solved the issue. I was amazed. I asked him about the unit, and he showed me how it worked. Within a day or two I ordered one, and have purchased 4-5 others since. All our immediate family members now have one in the vehicles they drive. I even have a small one in a case on the back of my motorcycle.

The unit he showed me was called a NOCO Genius Boost. The one in the image at the top of this article rides under the seat of our 2003 Honda Pilot. I’ve had this one for over three years, and have used it to start cars with dead batteries at least 6-8 times. Since 2017 NOCO has apparently broadened the capabilities of their Genius line, and now the jump start models are simply called NOCO Boost or Boost Plus. The newer models I’ve purchased are like the one pictured below. 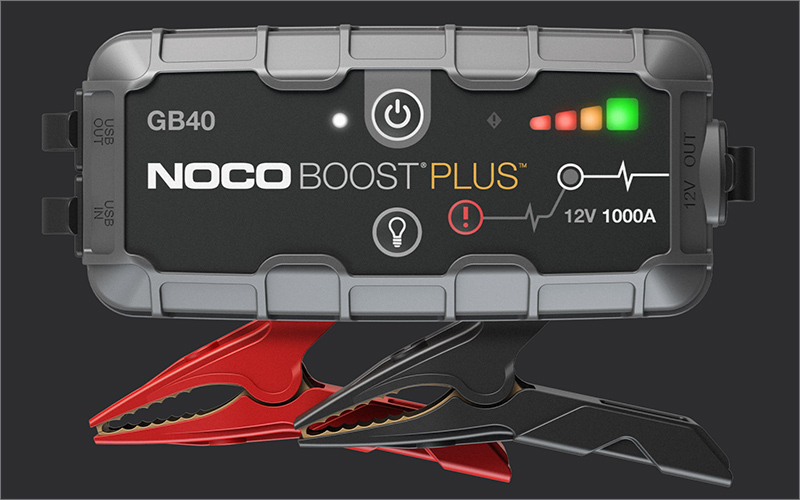 I’ve never had a problem starting a vehicle with a dead battery using one of these units. There have been times, however, when I’ve had to override some of the safety features by pressing the button that shows a red exclamation point on it. This sends full power to a battery that’s just about completely dead as opposed to being underpowered.

The units come in various sizes depending on the type of vehicle you drive. I have a GB20 (about $80) for my KTM motorcycle, and have chosen the GB40s for cars and SUVs. The larger units cost about $100, yet the ability to start a vehicle having battery issues without having to seek assistance from others is worth it to me. A full charge is said to be able to last for more than 20 jump starts. I charge the units once a year if I don’t use them, and charge them after every use if I do. Aside from the main purpose of jump-starting a vehicle, some of the units have lights on them as well as the ability to charge portable digital devices using a USB port. Check out https://no.co/gb40 for the model shown above. The website has detailed information on other models as well.

There are a number of similar products produced by other companies. There are also YouTube videos that show the pros and cons of the various brands. I’ve been happy with the NOCO units, and choose these simply because I am familiar with them, and they’ve worked for me.