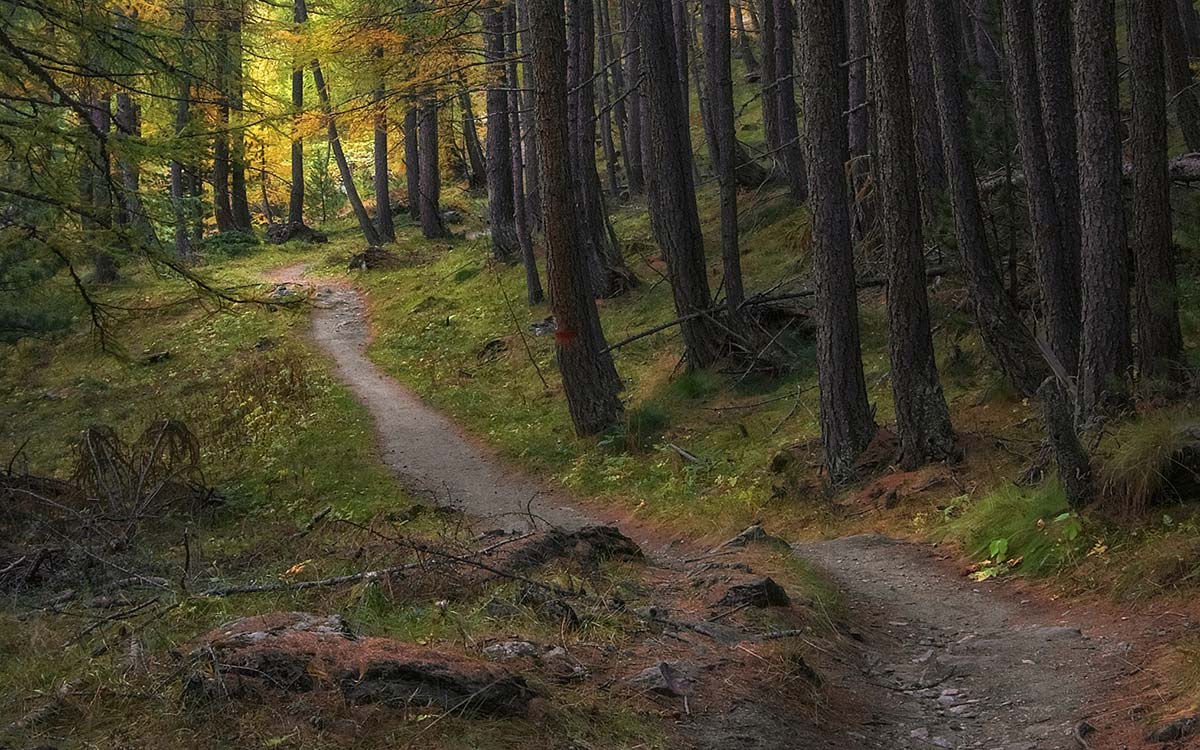 May it be a Well-worn Path

The concept of a path is commonly used as a metaphor for the way that we journey through life. The Bible uses this imagery in several ways. In Psalm 16:11 David says that the Lord makes known to him the path of life. Proverbs 3:5-6 says that if we trust and submit to the Lord he will make our paths straight. There are numerous other examples.

There are many well-known roads and paths in classical literature as well. Surely Robert Frost’s two roads that diverged in a yellow wood in “The Road Not Taken” could also be understood to be forest paths. Perhaps the most famous path in literature is the one taken by Christian from the City of Destruction to the Celestial City in the 17th century work by John Bunyan known as “The Pilgrim’s Progress.” I love revisiting this work again and again for the way it depicts the life of a Christ follower on our way to heaven. Christian’s determination and that of his companions inspire me to press on past difficulties as he and the others who remained faithful did.

Working my way through 1 Corinthians recently I thought of another way that the metaphor of a path could be used. In Chapter ten Paul speaks about the Israelites as they were led by Moses out of Egypt, through the sea, and into the wilderness. It’s made clear that the people gave in to various temptations, and that God was not pleased with most of them. Paul explains that these things took place, at least in part, as examples for us – that we may not take the paths they did. These descriptions are followed by a remarkable statement. 1 Corinthians 10:12-13 in the ESV reads:

Therefore let anyone who thinks that he stands take heed lest he fall. No temptation has overtaken you that is not common to man. God is faithful, and he will not let you be tempted beyond your ability, but with the temptation he will also provide the way of escape, that you may be able to endure it.

These words contain a warning, and an amazing promise.

A Warning
The Israelites must have thought that they were something very special. After all, they had been freed from slavery, the sea had parted so that they could pass by unharmed on dry ground, and they were led by a pillar of cloud by day and a pillar of fire by night. The fact is they were, and are, indeed special. The Israelites are God’s chosen people. And yet, as many of them found out, that does not guarantee that all will go smoothly in life.

Christ followers today can be led even more clearly than the people of ancient Israel. We have God’s Word, and we have the Holy Spirit living within us and guiding us. The closer we walk with the Lord the more clear our way becomes. And yet, this by no means guarantees a smooth path through life.

As was true for ancient Israel, Christ followers today have many enemies. The Egyptians and many other groups hated the Israelites for being God’s chosen people. In a similar way, Satan and his spiritual forces are enraged with hatred for the relatively few today who choose to trust in Jesus for salvation, and who seek to follow Jesus as Lord.

Almost everything about the world we live in encourages people to rebel against God and to do things in our own way. This is simply another way to look at sin. Whether it’s lust, greed, hatred, selfishness, or a host of other things that displease God, the world, our sinful nature, and our spiritual enemies work very hard to keep us off the path of pursuing righteousness in order to please God. Staying on that path represents obedience, and at times it can seem almost impossible to do in the face of intense temptation.

The warning in the verse above is that when we think we have finally figured things out and are on the easy street to obedience, that’s when the enemy throws us a curve ball that we were not expecting. The warning is clear, never become spiritually complacent or conceited. It’s a good bet that if we do, we’ll trip and fall. There are countless examples of well-known Christian leaders who fell in this very way.

An Amazing Promise
Verse 13 is one of those biblical promises that should be written deeply on the tablets of our hearts. Think about this. When we face temptation, God knows exactly how much we can take. He knows what we can endure. James 1:13 makes it perfectly clear that God does not tempt anyone to sin. We are tempted by the things of this world, by our sinful nature, and by spiritual enemies. God allows us to be tempted for our good. He knows that when we give in, we can seek and find forgiveness. Among other things this demonstrates to us our need for God. It also shows his love for us, our many weaknesses, and God’s amazing grace.

And yet, when we do stand up against temptation at least two amazing things take place. First, there are few greater delights in life than when you know that you stood firm in obedience to God against intense temptation. To know that we pleased God in this way brings great joy to our hearts. Second, it seems clear that the more we stand against temptation, the easier it is to do so again against that particular temptation in the future. The opposite is also true. The more we give in, the more difficult it becomes to stand the next time. Since we are all sinners in need of grace, we all sin. And yet, when we experience the joy of obedience, it leads us to want more.

To know that God will not allow us to be tempted beyond what we can endure makes a huge difference, especially at the moment of temptation. The second part of that promise is just as exciting. Not only will God not allow us to be tempted beyond our ability to endure, but he will provide a way out. The more we stand firm in obedience, the clearer the way out becomes in the future.

And that’s the point of this article. It’s my prayer that the “way of escape” from sin will become a well-worn path for you and for me. Those who live without Jesus, who have not been reconciled to God, who do not have the Holy Spirit living within them have only their own resources to help them walk away from sin. It’s often the case that such people wear deep the path of sin and disobedience. They may even love that path and think it brings them fulfillment. That’s one of the enemy’s most successful lies.

May our way of escape from sin be well-worn indeed, and may we encourage one another to greater faith and obedience until our sovereign King returns to judge and destroy all that now stands against him.