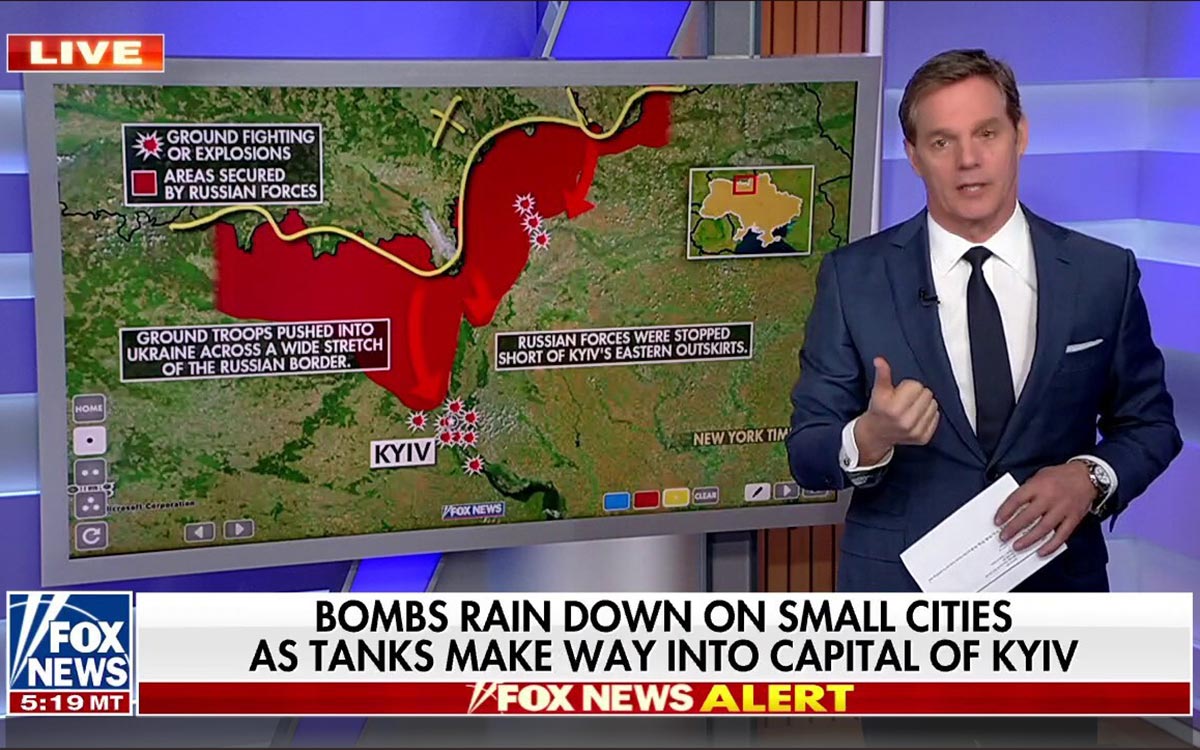 For weeks prior to February 24, 2022 intelligence reports suggested that Russia would launch a full-scale invasion of Ukraine. Few outside the intelligence community thought this would actually take place. This includes the people of Ukraine. News reports from the streets of Kyiv prior to the invasion highlighted life as usual for its citizens. Interviews with individuals suggested that few were concerned as they went about their normal daily routines.

There’s a good reason for this lack of apprehension. Until last week it seemed almost unthinkable that Russian leaders would invade a neighboring country in a way that had not been seen since World War II. That kind of thing just isn’t done in this day and age, until it is.

There are many lessons we can all learn from what happened last week in Ukraine, and what continues to unfold there today. Here are just a few:

Lesson One: Things Can Change Quickly

Think about how a close friend would have reacted in June 2019 if you told them that starting in 2020 people in the United States and around the world would be forced by governments to wear surgical masks on their faces for more than two years. You would likely have been considered foolish, if not mentally unstable. And yet, here we are.

What if in 2015 a friend explained to you that in 2022 biological men would be permitted to compete in NCAA sports as women because they identified as such? You would likely have accused your friend of being crazy.

Finally, what if you were told this week that life in the United States in April 2025 would closely resemble what Ukrainians are experiencing today? Would you choose to start preparing now, or would you scoff as others might have scoffed at the two examples described above?

The fact is, things that we take for granted today can change with little notice. Those who calmly and appropriately prepare for contingencies long before a crisis takes place represent the wisest among us.

I read a post a few days ago that hit me hard. It was from a person who was hiding within a residence in the capital of Ukraine. They sent a message to a security specialist asking things like the best location to hide from bombs, and what items should be included in a Go Bag. The specialist did a great job in responding to the message, yet suffice it to say that the moment missiles are being fired close to your position is not the best time to ask questions like this. I pray that this individual has made it to safety.

Having served as a Global Security Advisor for many years now, I could share numerous accounts similar to the one described above. We have a saying in the security field that, “Nothing changes until blood is shed.” This is true of governments, agencies, organizations, corporations, and individuals. Generally, people will not prepare for a possible crisis or emergency until it’s too late. Those who survive tend to become converts.

A good example is those who had to go without toilet paper in mid 2020. They are likely among those who now have closets full. We may smile at this example, yet things get more serious when food, water, medications, and other necessities are involved. As we note in the Panoplia.org Soft Skills and Tactics (SST) course, having these set aside represents wisdom. Those who don’t will be forced to venture out of their homes in search of necessities in what might be very dangerous and violent times.

Have you ever watched the movie called Signs? This is an excellent film for a variety of reasons. In it, the lead played by Mel Gibson along with his brother played by Joaquin Phoenix are forced to defend their home and family from aliens. Every time I watch this movie two thoughts come to mind. First, what kind of farmer doesn’t have a rifle? Second, I imagine how things would have been different for the family if they had a few firearms and knew how to use them.

There’s no question that firearms can be dangerous. Criminals, militants, and armies invading innocent countries use them for evil purposes. This is the best argument for good people having access to firearms and being trained to store and use them in a safe and effective manner. Access to a firearm when needed offers one a better opportunity to survive a violent attack.

This week western news anchors reluctantly reported that the Ukrainian government was handing out many thousands of rifles and likely countless rounds of ammunition to Ukrainian civilians. The fact is, the moment enemy tanks are approaching is not the ideal time to arm and train law-abiding citizens. Whether it’s having to face a home invasion or the invasion of one’s country, wise citizens will be prepared well in advance to defend themselves, their family, and their country by having and knowing how to use a firearm.

We recommend that all who can legally and safely own a firearm consider doing so. We also recommend that no one do so without first receiving firearms training and advice from professionals. This should include not only how to use firearms, but how to store them in a secure manner.

There are many outstanding agencies that offer firearms training. A number of these can be found on ShootingClasses.com. We have no affiliation status with this website, yet we know and respect several of the trainers listed there. This includes Threat Management Solutions, Defensive Marksmanship Instructor Group (DMIG), and Veritas Tactical.

Finally, if you’ve not done so already, we highly recommend that you consider taking our Soft Skills and Tactics (SST) online course. This is intended to help you and those you love be prepared to thrive in even the most challenging circumstances.