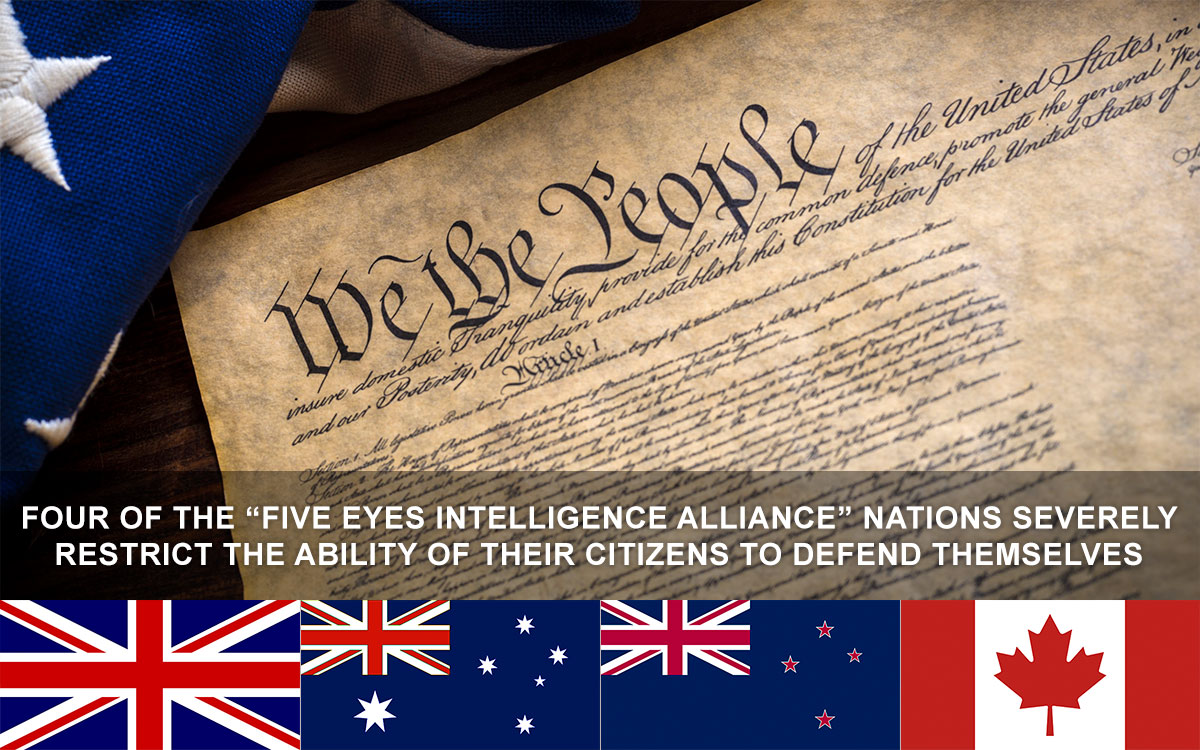 Land of the Free…

The natural right to defend oneself, one’s family, and one’s property is foundational to human civilization. From anthropological accounts, it seems evident that even the most ancient forms of tribal society had rules about when harming another human being was justified, and when it was not. The taking of a human life in self-defense and in times of war is clearly distinguished from criminal acts such as unjustified aggression or murder.

The archeological record indicates that people have been killing one another with tools and implements from the beginning. When ancient remains are discovered, it’s common to learn that the person met their demise through one form of violence or another. Since those who sought to harm or kill others made use of the weapons of the day, it was incumbent upon individuals who sought to defend themselves and others to be likewise armed. Skill in using weapons has always been a means by which an individual could effectively defend himself or herself from criminal acts of aggression.

Only in societies in which citizens had access to firearms could they deter their leaders from tyranny, and effectively protect themselves and others from criminal attack.

There are several examples in recent history of governments confiscating firearms from citizens before gaining unrestricted control over them. There are also numerous examples of criminals using firearms in the commission of crimes against unarmed citizens. Finally, there are countless instances during which a legally-armed citizen used a firearm to stop a criminal attack or other crime. My grandmother serves as one example of the latter.

After my grandfather passed away, my grandmother lived alone. She was comforted by the fact that she had access to my grandfather’s rifle. One day she watched from a window as individuals attempted to break into my uncle’s home next door. Unable to gain entry, they headed toward her house. She calmly retrieved the rifle, walked out on the porch, and pointed it at the group of men she had seen attempting to break into my uncle’s house and who were now just feet from her home. When they saw her holding her rifle, they ran.

This serves as a perfect example of how a legally-owned firearm can level the playing field between a widow in her seventies and a group of young, strong men intent on a criminal act. There’s no telling what would have happened had my grandmother not had access to that rifle. Suffice it to say that the group of young men would certainly not have been intimidated by her.

As this and thousands of similar incidents demonstrate, the use of firearms for self-defense is an equalizer. Since criminals will likely always have access to firearms, it’s essential that citizens have the ability to defend themselves using similar means.

The United States is a member of what’s known as the “Five Eyes Alliance.” This is an intelligence-sharing network involving the USA, the UK, Australia, New Zealand, and Canada. It’s not by chance that these five nations banded together. They share common values, a common heritage, and a deep sense of trust. At various times nations such as France and Germany have been considered as members, yet to date they have not been included. The five member nations share deep trust with one another.

It’s interesting to note that of these five nations, four have chosen to severely restrict firearms ownership for their citizens. As an example of how far this goes, Section 3 (a) of Australia’s 1996 National Firearms Agreement, still in effect, includes the following resolution, “Council resolved that personal protection not be regarded as a genuine reason for owning, possessing or using a firearm.” The lengthy document also includes bans on specific types of firearms. It declares that:

The only need for the use of an automatic or semi-automatic longarm would be: military; police or other government purposes…

In other words, ordinary citizens are banned from owning or using semi-automatic rifles. The fact that criminals can gain access to such firearms is not addressed. Neither is the fact that the severe restrictions, licensing, and registration schemes involving firearms would make it possible for the government to disarm all citizens should they ever choose to do so. The UK and New Zealand either have or are well on the way to having similar restrictions in place for citizens.

Finally, just last week Canadian Prime Minister Justin Trudeau announced a ban of 1,500 kinds of what he calls “assault weapons.” This likely includes every form of AR-15 known. The content of Trudeau’s speech introducing the ban was something akin to a nightmare for anyone who loves liberty and has chosen to defend himself or herself in an increasingly violent and dangerous world. You can view it by clicking on the image below. Click HERE to read the full text. 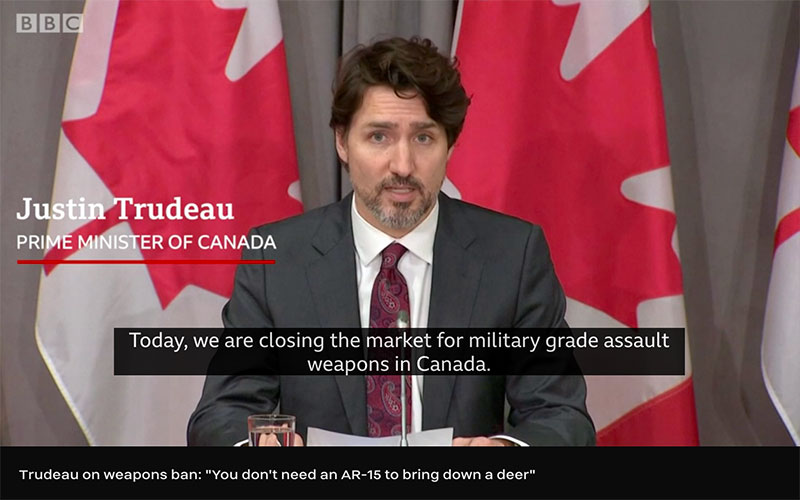 The United States is unique in as much as our Founders enshrined and ensured the right for citizens to keep and bear arms in the Second Amendment of the Constitution. There’s little doubt, however, that many political leaders have plans to abolish the Second Amendment, and to introduce legislation that would bring the United States in line with partner members of the Five Eyes Alliance. To a large degree, their chances of doing so are tied to whether or not freedom-loving patriots choose to vote in November 2020. We urge you to register now, and to vote then.

Before what he expected might be his last battle in the Civil War, my great, great grandfather wrote the following words in his journal, “This may be my last record and if so, Our flag oh! Long may it wave over the land of the free and the home of the brave.” As does every patriot, we echo these words today.