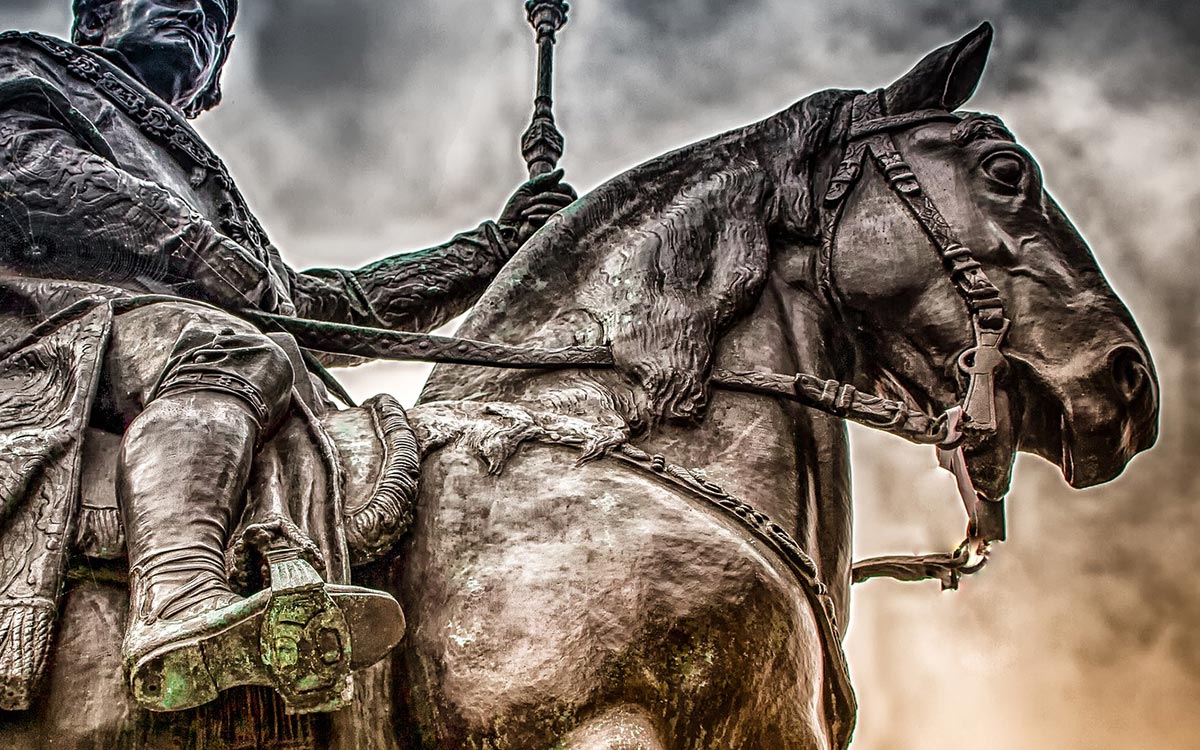 In Whom do You Trust?

Few people think about the concept of trust when things are going well. Life is good and seems to move along smoothly when you and those you love are healthy, happy, and secure. When challenges arise, however, the issue of trust becomes more of a concern. Life’s greater trials have a way if disclosing who we really trust at the heart level.

2 Chronicles chapters 14-16 illustrates this point well. One of the ancient Kings of Judah was named Asa. He began his reign by doing good in the Lord’s sight and ridding the land of idols and alters to false gods. Asa and the people of Judah enjoyed peace and prosperity for a number of years. During this time of peace cities were built, walls were constructed, and the people of Judah were secure.

Asa commanded a large, well-equipped army. His 580,000 men were said to be mighty men of valor. They were armed with shields, spears, and bows. At some point, however, an Ethiopian army set their sights on conquering Judah. There were two issues that made this a significant challenge for Judah and their King. First, the Ethiopian army numbered a million men. They outnumbered the Judeans almost two-to-one. What’s more, they had a significant tactical advantage. In addition to having access to the same weapons the army of Judah had, they also brought along 300 war chariots.

As the battle lines were drawn, you can imagine what Asa was thinking. Facing an army twice the size of his and seeing hundreds of chariots lined up and ready for battle, Asa was facing the greatest challenge of his life. The issue of trust was staring Asa in the face. How would he respond? Asa took this opportunity to call on the Lord. He declared that his trust, faith, and reliance was on God Almighty. God responded by defeating the Ethiopians. As they fled, Asa and his men pursued and decimated them.

After the battle a prophet approached King Asa. He explained that God would be with Asa as long as Asa trusted him. The Prophet declared that to the degree Asa sought the Lord, he would find him. Should Asa forsake the Lord, however, the Lord would no longer support Asa and Judah. For years afterward Asa trusted God and things went very well. The King and the people of Judah prospered and enjoyed years of peace.

More than twenty years later, another king set his sights on conquering Judah. This time it was Baasha, King of Israel. This was yet another significant challenge for King Asa and the people of Judah. Rather than trust in the Lord, however, King Asa took silver and gold from the house of the Lord and gave it to the King of Syria. Instead of trusting in God, Asa chose to trust in powerful and well-connected men. His decision worked. The King of Syria was powerful enough to drive off Baasha, and Judah was saved.

As had happened before, after the battle a prophet approached King Asa. The Prophet declared that because Asa had forsaken God and chosen to trust in men the remainder of his reign would be spent fighting one war after another. Had Asa called on the Lord as he had done years before, he and Judah would again have enjoyed peace, prosperity, and security. The words of rebuke shared by the Prophet are among the most meaningful I’ve ever heard. The English Standard Version records the Prophet as saying, “For the eyes of the Lord run to and fro throughout the whole earth, to give strong support to those whose heart is blameless toward him” (2 Chronicles 16:9).

These words have echoed in my heart and mind as I’ve faced the trials of life, some of which were potentially devastating. I’ve not always made the best choices. Sometimes I charge ahead on my own and pay the price. I can honestly say, however, that in the times I’ve trusted the Lord he’s never let me down. It always seems that trusting the Lord involves patience and an uncertain outcome. And yet, to the degree I choose to do so, he has always come through. Sometimes his answer is not my first choice, and yet looking back it has always been the best outcome. This includes times when God’s way involved pain and seemed to make little sense from my limited perspective.

Whether the challenges involve employment, the hopes for a new business, health issues, or the consequences of choices made by the children you so dearly love, we can trust God to lead us through these valleys. The recipe that’s worked best for us involves:

This recipe involves a great deal of patience and trust. It’s often tempting to take shortcuts. As was true for Asa in his later life, there will be people of influence whom you can pay and depend on for what seem to be quick and easy answers. You’ll recognize these because they almost always involve taking steps that lack integrity.

I’m so thankful that the Lord has allowed us to learn from past mistakes. I’m also grateful for the advice of wise and mature friends. I’m most thankful, however, for the Word of God. As my wife and I face one of life’s challenges right now, there’s a path that seems easy, and yet that I know lacks integrity. For my most recent morning reading schedule I’ve been working my way again through the Psalms. After praying about guidance for the challenge we’re facing, I turned to the Psalm for that morning. At the end of Psalm 20 my heart leaped as I read words of great encouragement. Verse seven reads, “Some trust in chariots and some in horses, but we trust in the name of the Lord our God.” When I read this my mind raced back to Asa and the promise that God longs to support those who trust in him.

May God give us and you the strength and courage to place our trust in him, his Word, and his promises!