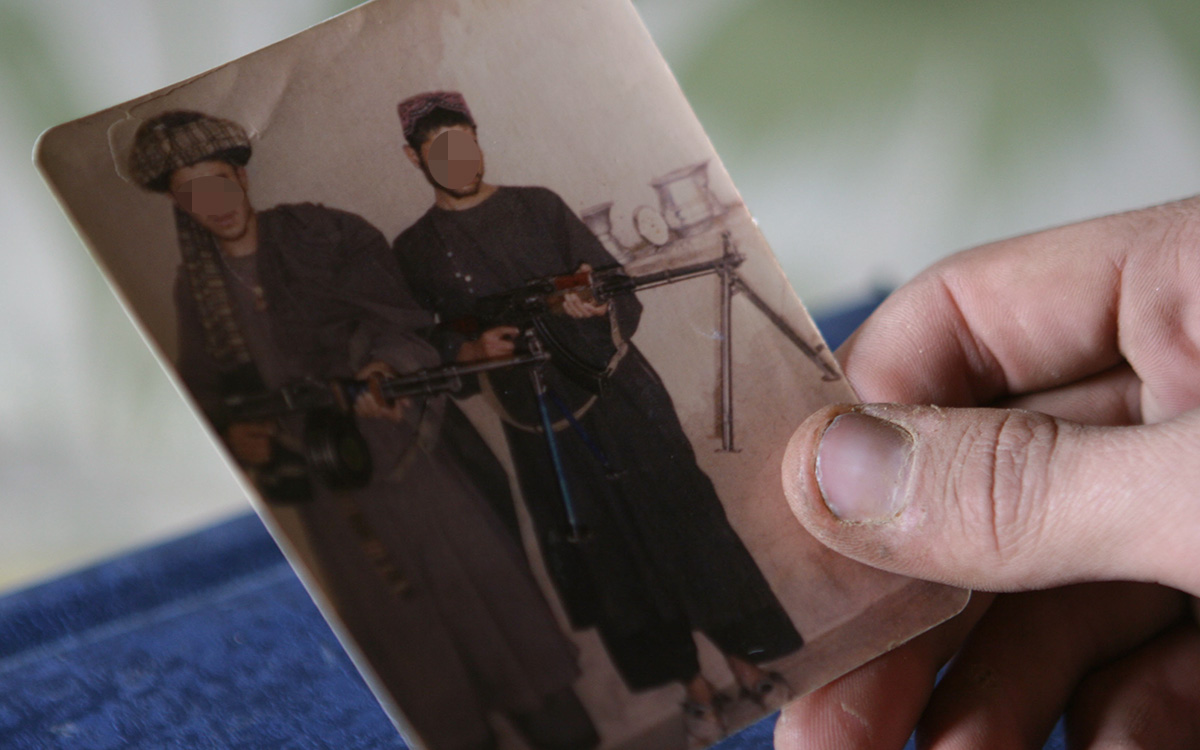 Growing up, you may recall seeing wanted posters on the wall while standing in line at the post office with your parents. You may also remember television shows highlighting criminals who for one reason or another had made their way onto the FBI’s Ten Most Wanted Fugitives list.

You might even be familiar with the concept of high value targets (HVTs) in connection with the War on Terror. Many individuals were widely sought by western governments. To aid in identification, decks of playing cards like those shown below were even produced and circulated to troops serving in Iraq. 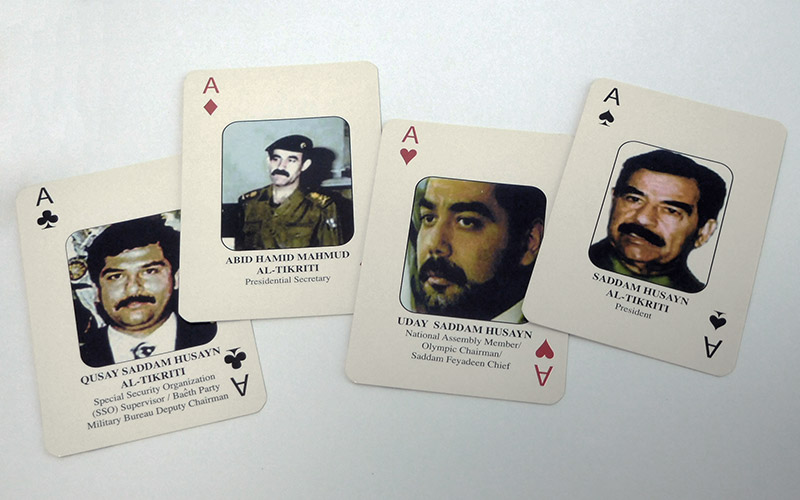 How does one become a target? When an individual causes enough trouble or damage to the efforts of a particular entity, or in some other way is considered to be a significant threat, that person is highlighted by leaders as a target. Time and resources are committed to stop such individuals, or to at least make them less effective.

In various parts of the Bible we’re given small glimpses into a spiritual realm that otherwise remains strange and mysterious to us. For example, 1 Peter 5:8-9 (NIV) speaks of an ongoing struggle between evil and Christ followers:

Be alert and of sober mind. Your enemy the devil prowls around like a roaring lion looking for someone to devour. Resist him, standing firm in the faith, because you know that the family of believers throughout the world is undergoing the same kind of sufferings.

With regard to this verse, have you ever wondered who it is that Satan notices as he prowls around? We know from Luke 4:1-13 that Satan himself did his best to directly temp Jesus. Unable to do so, verse 13 says that Satan left Jesus “until an opportune time.”

It needs to be remembered that Satan is a created being. Unlike God, he is not omnipresent. In other words, he cannot be in more than one place at one time. This being the case, it’s unlikely that we will ever come into the direct crosshairs of Satan himself as Jesus did. Instead, Satan commands a vast army of spiritual servants with varying degrees of authority. For example, in Ephesians 6:12 (NIV) Paul writes:

The word translated in this verse as “struggle” is used only here in the New Testament. It’s the Greek word palē. Since classical times this word has been used to refer to wrestling matches between two entities determined to win, and to throw an enemy to the ground in defeat.

One doesn’t have to be a wild-eyed member of some sketchy fellowship that’s over-focused on spiritual warfare to have a biblical understanding of the spiritual realm. I’m sometimes amazed when I hear a speaker claim that Satan himself has attacked the microphone when the sound system goes down during a service. Could it simply be that the equipment is faulty? I recall one time seeing a man yelling and repeatedly throwing his open hands in the direction of his vehicle’s engine as he stood in front of it with the hood open. As I drew closer and listened, he was trying to cast a demon out of his vehicle’s battery, certain that spiritual forces were responsible for his car trouble.

Somewhat dubious claims such as these aside, the fact that spiritual warfare does take place is thoroughly biblical. Satan commands a vast army of spiritual forces. They seek to stop people from growing in biblical faith, and thus being reconciled to God through Jesus (Mark 4:15).

To the degree that you take biblical teaching as truth, have you ever stopped to wonder who it is that spiritual forces of evil consider to be high value targets, and why? Two things are clear as we consider this question. First, there’s little question that Satan’s spiritual army has limitations. There must be a limited number of forces at his command. This being the case, they need to be selective in who they choose to work against. Second, given their ultimate purpose of keeping people from being reconciled to God, they likely focus their limited forces on Christ followers who cause the most trouble to what’s referred to in Matthew 12:26 as Satan’s kingdom.

In almost 40 years of following Christ, I’ve come to suspect that Satan’s spiritual forces of evil have a three-tiered approach to working against mankind. The first tier involves deception. Most people in the world don’t know very much about biblical faith or about being reconciled to God through Jesus. Whether one is deceived by non-biblical religion, secularism, or simple unbelief, there’s no great need for the enemies of God to focus much time or energy on those who are deceived. Other than cheering them on and empowering men and women who lead others astray, those lost in deception are likely considered to be non-combatants in the spiritual realm.

The second tier involves distraction. Those who seek out biblical truth, and Christ followers themselves, face many distractions and temptations in this world. It’s likely that the enemies of God spend a great deal of resources on the strategic goal of distracting those who would otherwise be effective against them. See Mark 4:18-20 for insight into this.

Finally, those who are not deceived, and who do their best to not be distracted by the temptations of this world, face what I sense is the third tier of spiritual opposition. That is, destruction. There’s little doubt that the enemies of God, as they prowl around, notice Christ followers. I suspect they hold a special hatred for faithful Christ followers who pray effectively and who fight to free others from deception and distractions by sharing the truth about biblical faith. I suspect that these are considered to be high value targets by the enemies of God.

My suspicion is that some of the most high-value targets are the elderly, especially elderly women who spend a great deal of time praying for others. A few come to mind right away. I recall meeting the mother of a close friend not too long ago. After a pleasant greeting during which she looked closely at my eyes, she turned to my friend and said something in Spanish. Later, I asked my friend what she said. She said, “Is this one a believer yet.” This warmed my heart. Her first and greatest concern for others is whether or not they know the truth. If not, she likely places them on her prayer list and goes to war on her knees on their behalf.

You might be thinking, why would I want to be an effective Christ follower and thus become a target for destruction by the enemies of God? That’s a valid question. Those who enter this arena with vigor and sincerity can tell you how much it costs. And yet, I suspect that they will also share amazing accounts of God’s protection, closeness, and the joy of seeing the enemies of God thrown to the ground, so to speak, from time to time. No matter the cost, if you’re a follower of Christ recall how it was that you heard the gospel. Remember that someone, perhaps many, were praying for you and loved you enough to share the truth.

If you ask me about the bible verse that I think about most, I won’t hesitate to answer. It’s 2 Chronicles 16:9. In the NIV it reads as follows:

For the eyes of the Lord range throughout the earth to strengthen those whose hearts are fully committed to him.

I hope to write much more in the future about this verse and what its meant to me for so long. For now, it’s enough to say that Satan and his spiritual forces of evil are not the only ones looking around. Yes, they see and work against those they consider to be high-value targets. And yet, God knows his warriors. He knows them, he protects them, and he strengthens them. They’ll likely have many scars by the end of their journey, yet I suspect none will consider the costs to be worth mentioning compared to the joy of serving Christ. I suspect that they will agree with Paul who in Romans 8:18 (ESV) wrote:

For I consider that the sufferings of this present time are not worth comparing with the glory that is to be revealed to us.

If you’ve not done so already, consider entering this arena of spiritual warfare. Start by being washed in the Word as we shared in an article on June 20, 2020. And then pray for guidance, and pray for others as if their eternity depended on it. Pray with me that God would give us “undivided hearts” as shared in the 2 Chronicles verse above. Above all, keep your focus on God, and not on the enemy. Pray that God would be pleased with our efforts, and pray that God would receive all glory and honor, for we cannot accomplish anything of value without him.

I am the vine; you are the branches. If you remain in me and I in you, you will bear much fruit; apart from me you can do nothing (John 15:5).