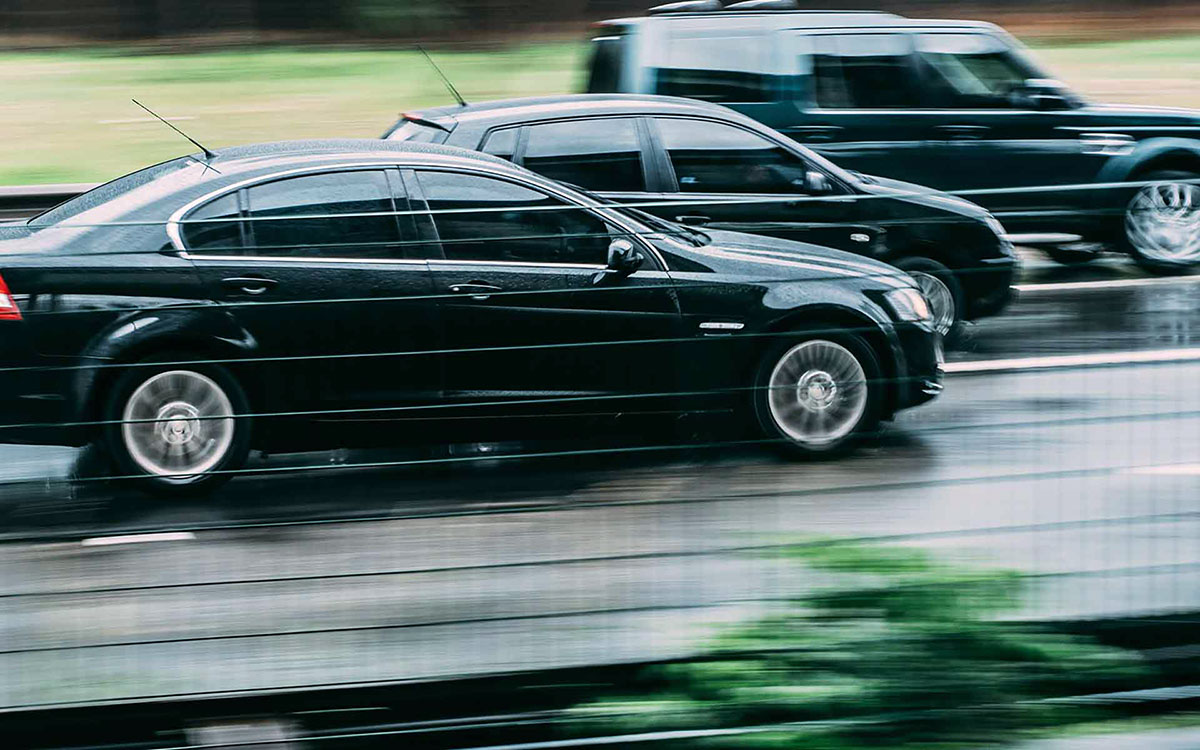 This dangerous, high-speed car chase took place relatively recently in the Middle East. It involved members of a Team we advise on security issues.

As described in the SST course (topics 02.02.01- 02.02.03) Strategic Intercultural Relationships are a vital part of soft skills and tactics. The couple involved in this incident applied their training well. They had solid relationships on a number of levels in their area of operations. One of the families they knew well invited them to attend a wedding. In the local culture this is an honor, and accepting the invitation deepens such a relationship.

The wedding took place some 70 kilometers north of where the couple lives. The 90-minute drive was mostly on highways. The wedding went well, and the reception that followed lasted late into the evening. After many hours of cross-cultural interaction, the couple was growing tired and started thinking about when would be a culturally-appropriate time to slip away. It was approaching 10:00 PM when they were finally able to head out for their long drive home.

For the first 15 minutes of the trip they were caught in slow traffic on local roads. They were thankful to finally reach the highway and be able to drive at a more reasonable pace. Not very familiar with the area, they were somewhat surprised to find the highway almost deserted for the first 20 kilometers or so. Having no traffic to contend with, they felt sure they would make good time and soon be home to get the sleep they needed.

Their peaceful highway journey was soon interrupted. Three cars traveling close together approached from behind, seemingly out of nowhere. The cars approached at a very high rate of speed. The interior of the couple’s car lit up as the vehicles drew closer and started flashing their high beams. This was not too disturbing to the couple since flashing one’s headlights from behind is the local way of signifying that you’re about to be passed. Things changed quickly, however, when the lead car came very close to hitting them from behind, and then quickly changed lanes. The driver of the expensive vehicle hit the gas hard, quickly maneuvered to be in front of the couple’s compact car, and slammed on his breaks. He then sped off and was quickly out of sight. The couple had a gut feeling that things were about to get even more interesting.

Sure enough, within moments the two remaining vehicles pulled onto either side of the couple’s car. Each vehicle had several young men who motioned for the couple to stop their car. One of the chase vehicles was an expensive SUV, and the other a Lexus sedan. When the couple refused to stop, the drivers of the chase vehicles did their best to force them to do so. Intermittently one would be in front of the couple with the other on one side. They would then suddenly change tactics and one would move to the rear while the other remained in front. When this happened the couple would simply maneuver to the open lane and the chase cars would again quickly adjust their positions. All this was taking place at dangerously high speeds. One of the tactics finally worked when passing motorists unknowingly made it possible for the chase vehicles to block the couple in and bring them to a screeching stop.

The men jumped out of the chase vehicle and quickly approached the couple’s car. Before the men could reach them the couple saw a small opening and took it. They accelerated as quickly as their car would allow, and got back on the highway. They slightly clipped the fender of a passing car as they did so.

The couple drove as fast as their small car would allow and lost sight of the chase vehicles. After about five minutes, however, the vehicles caught up and the chase was on again. Now approaching more populated areas, the highway traffic started to pick up somewhat and the couple were able to use the other motorists to their advantage. The chase vehicles were both large, whereas the couple’s car was much smaller. This allowed them to maneuver into tight spaces between highway traffic where the chase vehicles could not follow. Using these tactics they were able to gain some space between themselves and the men chasing them.

As they approached the major city in which they live there were now many cars, busy interchanges, and crowded areas in which to pull over and stop. When they finally did so they waited in a crowded area, but saw no sight of the chase vehicles. Relieved, and finally having a chance to collect their thoughts, they realized that the high-speed chase had gone on for almost 40 minutes.

Analysis and Lessons Learned
A post incident analysis was conducted for this case. From the circumstances it seems likely that the couple had been targeted, as opposed to having been chosen at random. It also seems probable that the first vehicle to pass the couple was a spotter. He would have maintained a 5-10 kilometer distance in order to communicate back to the chase vehicles how aggressive they could be in their take-down efforts. He would also have been able to determine from forward traffic patterns if at some point witnesses or police presence would be problematic.

It cannot be determined for sure, yet this was likely an abduction attempt as opposed to theft being the motive. Among other reasons, this was suspected due to the fact that the incident took place within the wider area of operations of a well-known Islamic militant group. It was also apparent that the men in the chase vehicles put a great deal of time and effort into their attempts to stop the couple. The couple’s car was an inexpensive local model, and the vehicles the men were driving were high-priced luxury models. These facts add to the theory that adduction, rather than theft, was the motive for this chase.

The lessons learned we can share publicly include the following:
• The couple did an excellent job of not being stopped.
• It would have been helpful to have recorded at least one of the license plate numbers. This may seem obvious, yet such things often escape one’s attention under very stressful circumstances. The couple themselves could hardly believe that they had failed to do so.
• The incident was likely preceded by days or weeks of surveillance. This highlights the need for more vigilance in the art of surveillance detection.
• The couple had very good evasive driving skills. Some training agencies offer evasive driving courses to the general public. We recommend that you consider taking one if you have the opportunity.

For the record, while the vehicles in the image above bear a striking resemblance to those in the actual incident, this is not a photograph of the vehicles involved.