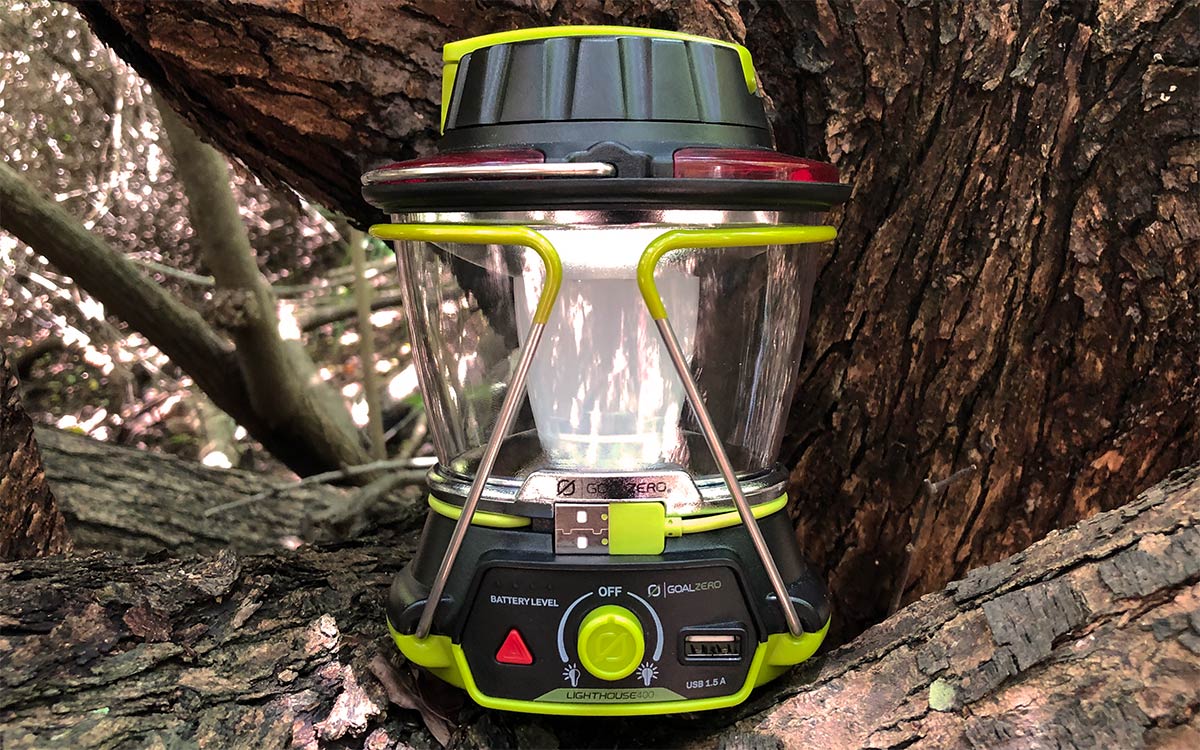 In early September 2017 Hurricane Irma was forecast to hit the east coast of Florida with wind speeds of up to 145 miles per hour. Residents hurried to board up windows and purchase emergency supplies.

As part of our family’s preparations we pulled out our various lighting sources. This included a number of flashlights, candles, and an oil lamp that we’d had for years. In the past we’d used the flashlights to get from room to room when the electricity went out, and the candles and oil lamp to light larger spaces for longer periods of time. Unfortunately, I ended up bumping the oil lamp and the glass chimney shattered.

As we considered replacing the broken lamp chimney, I recalled that every time I’d used the lamp I could imagine what would result if it was ever bumped hard enough for the oil reservoir to break when the wick was lit. I felt it represented an accident waiting to happen. This being the case, I decided to look for less dangerous options to replace the oil lamp. After doing some research I settled on the “Goal Zero Lighthouse 400 Lantern and USB Power Hub.” It wasn’t inexpensive. In September 2017 I paid $79.99 for it on Amazon. Oddly enough, it’s available today for $10.00 less.

We’ve used this several times since Hurricane Irma. The Goal Zero unit and many other items from our Loadout Level 3B (LL-3B) are pictured in topic 01.02.04 of the Panoplia.org Soft Skills and Tactics (SST) course. This topic is titled “Vehicle Survival.”

The Lighthouse 400 Lantern has worked flawlessly. It’s one of those pieces of gear that do exactly what we want, when we need it. We now have three of these units. In addition to the one in our LL-3B, we have two in our LL-04 closet. The Loadout Level 04 (Residence Survival) concept is covered in topic 01.02.05 of the SST course.

One of these units has not been charged for at least six months. It’s likely that it’s actually not been charged since we prepared for Hurricane Dorian back in August 2019. That would be almost a full year. I pulled this out yesterday morning to see the charge status. To my surprise, it showed four out of four blue lights. That indicates a full charge.

Somewhat skeptical, at 7:30 AM yesterday I set the unit to the power level we use at night during a power outage. Turning the green knob all the way to the left results in half of the lantern lighting at full strength (50% overall). Turning it all the way to the right lights up both sides of the lantern at full strength (100%). The lantern set to 100% is said to offer 400 lumens. That’s far more than we need. We turn the knob half way to the left. We find this 25% setting sufficient for our needs during the pitch black nights of a power outage.

Operating at the 25% setting the Lighthouse 400 ran continuously until 12:30 AM this morning. That’s 17 hours after sitting in a closet without being charged for at least 6, yet probably 11 months. That’s pretty amazing if you think about it. On a full charge the unit is rated to last 48 hours on the very lowest setting, and 2.5 hours on its highest setting. You can see all the specifications by clicking HERE and scrolling down to the Tech Specs tab.

When the power is out for days, we recharge the units during the mornings when we run our portable generator. A completely discharged battery will take 5 hours or more to fully charge when plugged in to a USB charger. Since we only use them for about 7 hours a night during an outage, we generally only need to top off the charge using the generator that’s powering other things as well.

A great feature we’ve not had to use is the ability to charge the unit using the built-in hand crank. It would probably break your arm to crank it enough for a full charge, yet this is a great back-up option in an emergency. 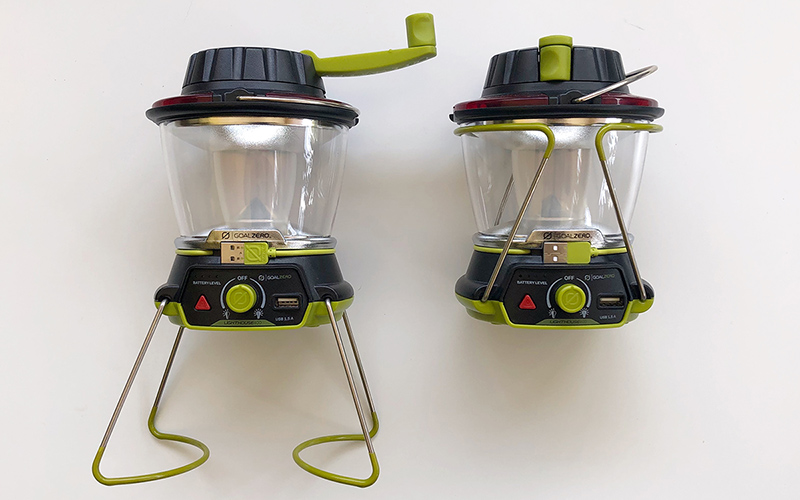 The image above shows two of our units. One is folded, and measures about six inches high. The other is fully unfolded, and stands about 9.5 inches high. They weigh 1 pound 3.4 oz, or about 550 grams each. Aside from the main lantern, the Lighthouse 400 has a red ring of lights on the top. When the red triangle is depressed, the red lights blink in a circular pattern. This might be useful to call attention to yourself during an emergency, especially on the roadside. The male USB cord wraps around the unit and snaps into place. This is used to charge the unit using a USB charger. The female USB slot on the front allows access to the 4,400mAh battery in order the charge items such as a mobile phone.

Although not absolutely necessary for survival, having a dependable light source capable of lighting up a large room for many hours at a time during a power outage has been very helpful for us. It makes food preparation and just about any other task during such times much easier. It also serves as a source of comfort for anyone who has trouble coping with what’s happening outside during a hurricane or other stressful times.

As noted, these units have served us flawlessly for almost three years now, and they are much safer than an oil lamp. We highly recommend them for your Loadout 3B (Vehicle Survival) and Loadout 04 (Residence Survival) levels.

As an aside, the image below shows an additional light source we use during prolonged power outages. We have ceiling fans in each room and hang glow sticks from them. They provide between 10 to 12 hours of dim light in a room during the pitch black of an outage. This makes it easier to go from room to room as necessary. Feel free to share lighting options you use during outages in the Comments area below. 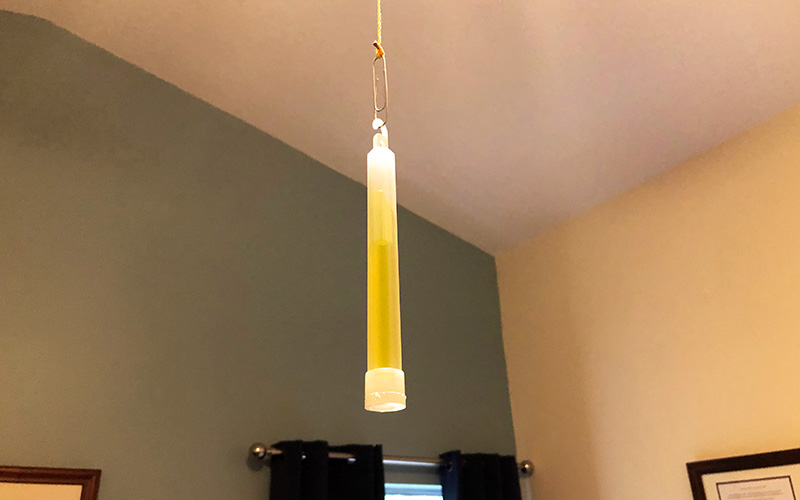