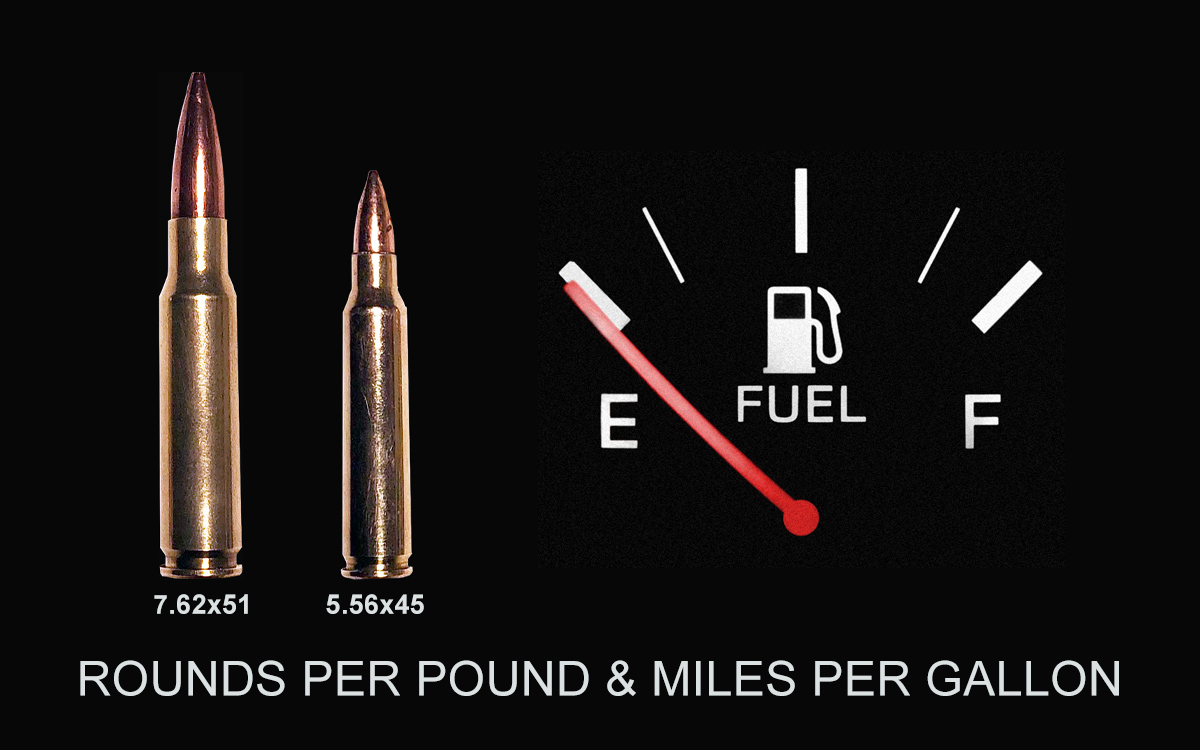 The Panoplia.org Soft Skills and Tactics (SST) course is intended for individuals and small teams who serve in challenging international locations, or for those in the United States and Europe who sense that the current political climate may at some point lead to chaos or conflict. The course is based on lessons learned by those who’ve served and/or resided in some of the world’s most challenging locations, and who advise teams residing in such circumstances now.

As noted in SST topics 01.02.03 to 01.02.05, we recommend that during times of chaos or conflict one stay in their home or base of operations for as long as possible. Only if absolutely necessary should one leave to temporarily base out of a vehicle or as a last resort outside. The image below is from the SST course and outlines this progression. 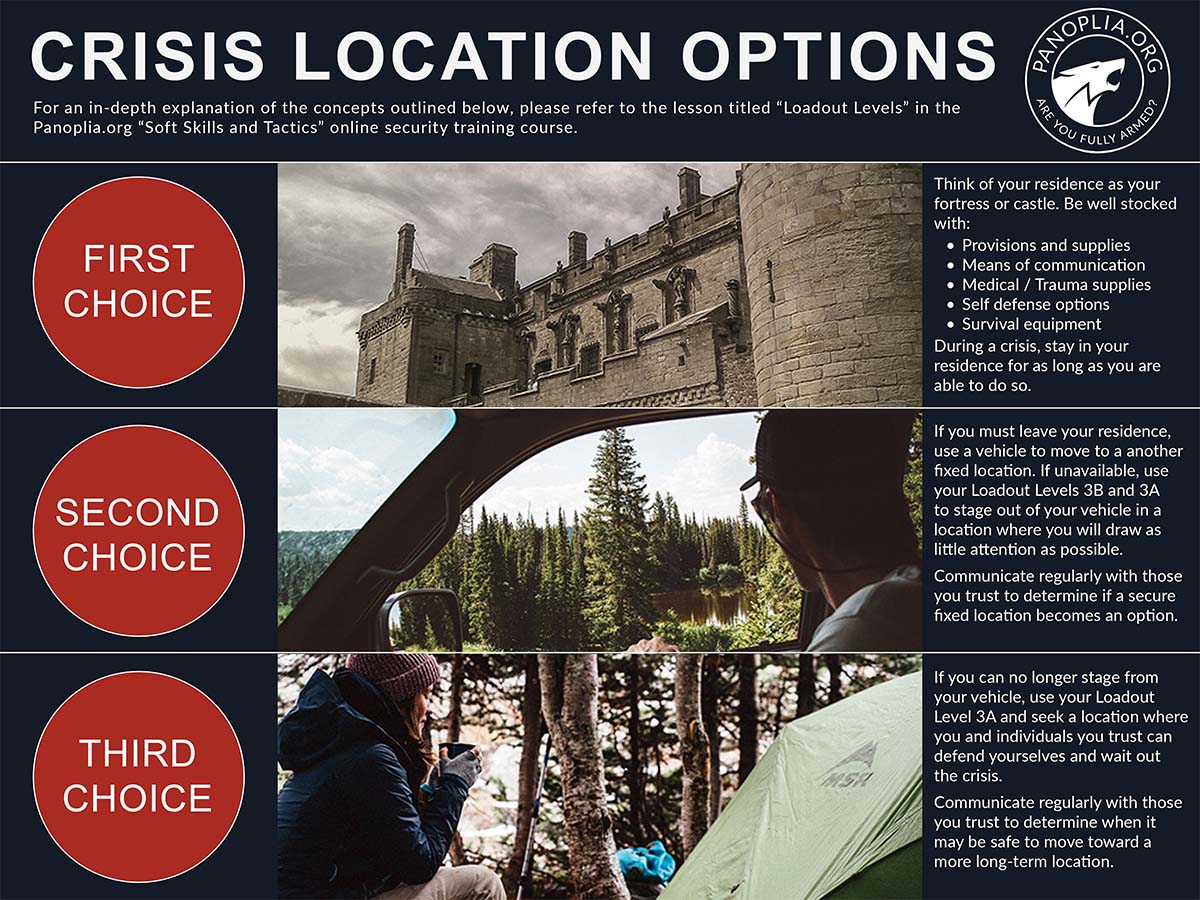 The reality is, however, sometimes individuals or teams need to leave one area for another during a crisis. We call this process evacuation. Others refer to it as “bugging out.” Along with about a dozen team members, I was involved in an evacuation a few years ago. Two bombs had been exploded near our position, and dozens of businesses had been set on fire. We had to evacuate in two vehicles the next morning through the area that had been attacked. I’ve also advised numerous teams and individuals in several international locations as they had to evacuate in vehicles for a variety of reasons.

When individuals trained in the use of firearms, and who have access to them, talk through bug out scenarios the subject of ammunition often comes up. Some argue that it’s best to choose a round such as the 7.62×51, while others argue for the smaller 5.56×45. The debate goes back and forth and focuses on weight vs. firepower. Whereas the first choice is a far more powerful round that’s effective over a longer range, the second weighs less and many argue that it’s effective enough. The debate generally comes down to points such as, “If you could only carry 10 pounds of ammunition, 7.62×51 would equal about 190 rounds, whereas 5.56×45 would allow you to carry about 375 rounds. The debate goes back and forth weighing the advantages and disadvantages of capability vs. the number of rounds one can carry.

I’ve heard discussions like this several times. Various firearms professionals and operators whom I highly respect often come down on opposite sides of this debate. A topic I’ve never heard debated in connection with bugging out or evacuation, however, is one on miles per gallon (MPG.)

Think about this using similar variables used for firearms and ammunition choices – capability vs. distance. Search the Internet using the phrase “bug out vehicle.” Then click on “Images.” Virtually every vehicle pictured will be a powerfully-built, off-road-capable truck or SUV. They’re generally lifted and have huge tires.

My wife and I are a one-car couple. I have a motorcycle (KTM) for the times I need a ride when my wife is out. We currently drive a 4×4 SUV that’s approaching 20-years old. Our SUV averages 17 MPG. It hold 16 gallons. This means we have a range of 272 miles on a full tank. I suspect that many of the bug out vehicles shown in our Internet search results get far less MPG.

As we think about replacing our only vehicle with four wheels, I’m wondering about the MPG variable as it relates to evacuations. To make this easier, let’s consider just two choices. On the one hand the 2020 Toyota 4RUNNER gets about 18 MPG, and holds 23 gallons of fuel. That’s a range of 414 miles. On the other hand the 2020 RAV4 Hybrid gets about 40 MPG, and holds 14.5 gallons of fuel. This gives it a range of about 580 miles. The difference may not seem all that important, yet I can tell you that in the real world of evacuations the availability of fuel is often an issue. You may be lucky to get your hands on 10 gallons at such times.

With 10 gallons, the 4RUNNER would get you 180 miles whereas the RAV4 would allow for 400. That’s a significant difference in a situation during which crowds are fighting over access to fuel. There are other considerations, however. The 4RUNNER has serious off-road capabilities, is a true body-on-frame truck, and can tow 5,000 pounds. The RAV4 Hybrid, by comparison, uses a lighter unibody design like cars, has less off-road capability, and can tow only 1,750 pounds.

As is true for the 7.62×51 vs 5.56×45 debate, the question of capability vs. range in bug out vehicles comes down to personal preference and context. All things being equal, however, would you choose the 4RUNNER or the RAV4 if you lived in the United States, had only one vehicle, and would like to have it capable enough to get you from Point A to Point B in a crisis scenario? Let us know your thoughts in the comments. Feel free to chime in on the Ammo debate as well. Thanks for any input you may have!