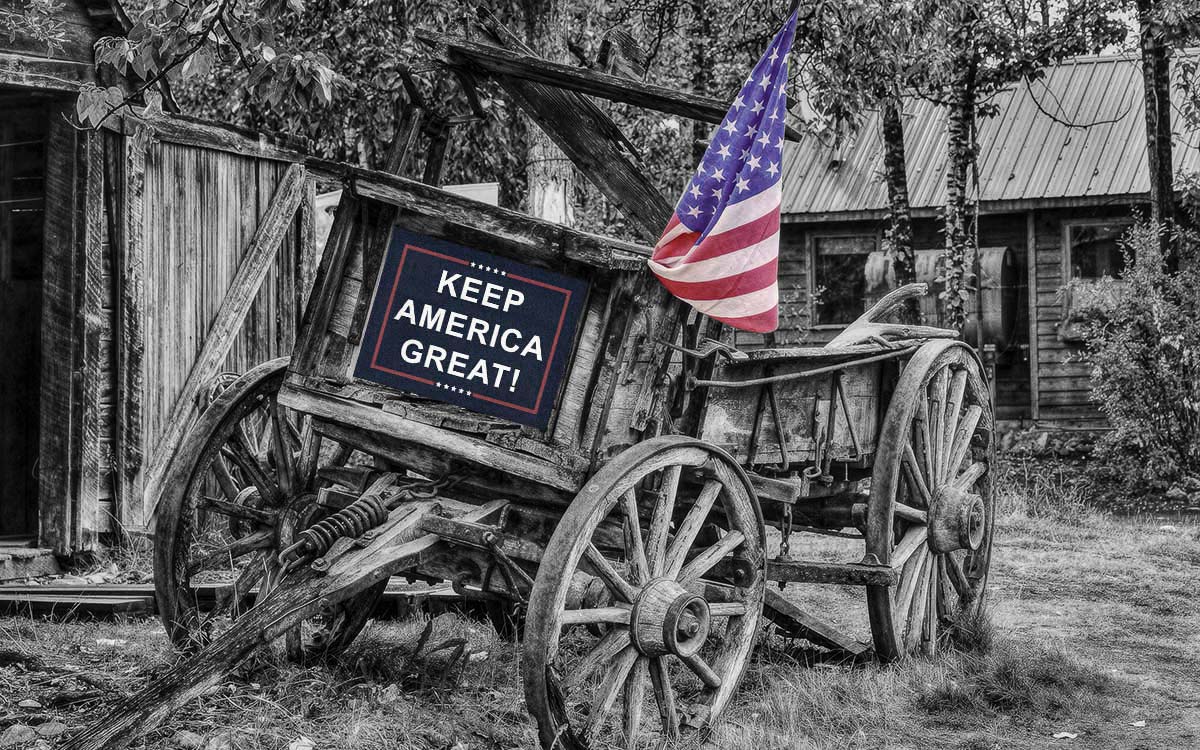 As noted in a previous article, we consider the 2020 Presidential election to be the most important since 1864. It seems clear that the United States is at a crossroads in it’s history. We can keep striving toward a more perfect Union based on traditional values, or we can start a long, slow slide toward something unrecognizable.

The question is, do the majority of American’s still hold dear the traditional values of life, liberty, and the pursuit of happiness, or are they willing to hand over their freedoms to government control? Will the flag still fly over the land of the free and the home of the brave, or will Americans surrender to those who promise to meet all our needs through collectivism? Perhaps just as important, will those who cherish traditional values exercise their right to vote?

The answers to these questions have great implications for the future of the United States, and perhaps the world. Ronald Reagan once said:

Freedom is never more than one generation away from extinction. We didn’t pass it to our children in the bloodstream. It must be fought for, protected, and handed on for them to do the same, or one day we will spend our sunset years telling our children and our children’s children what it was once like in the United States where men were free.

To a large extent men, women, girls, and boys are still free in The United States of America. As noted in this quote however, if our liberties are not protected there will come a time when freedom seems like a distant dream. Imagine living in Socialist Venezuela or Communist China right now. Freedom of speech, assembly, worship, and the right for law-abiding citizens to keep and bear arms simply don’t exist in such places.

So what if we fail to protect our liberties in the 2020 Presidential election? What if those who win begin ushering in more and more government control? What if before long America looks more like the countries noted above than a land of freedom and independence?

Let’s commit to doing all we can to help ensure that this scenario doesn’t become a reality. And yet, what if it does? I suspect that if this fundamental transformation of America does take place, there may be a silver lining to this very dark cloud. What do I mean?

I grew up in an part of the Country called New England. I lived there until I was twenty-one years old. In all that time I don’t ever recall meeting anyone who identified themselves as a follower of Christ. There were plenty who attended one church or another, including myself when I was younger, yet I never knew anyone who read the Bible, shared the gospel, or even spoke about their faith.

After our marriage my wife and I moved to Florida. Within just a few months an individual who’s still a dear friend invited us to play softball on his Church’s team. As our relationship grew, he sat down with us and shared the gospel. He then handed us a booklet containing the Gospel of John. By God’s grace both my wife and I eventually came to Christ, and we’ve never looked back.

A few years later we spent over a year back in New England. We found a relatively small Bible Church, and met many Christ followers. We learned at that time that there were, indeed, strong and faithful believers in New England. It’s just that they were such a minority that I never ran across any of them in my previous twenty-one years living there.

As we came to know these individuals something became very clear. The friend who led us to Christ in Florida notwithstanding, we sensed that Christians who live in what’s known as the “Bible Belt” in the South were culturally very different than believers in New England. Certainly there are many faithful followers of Christ in the South, yet overall there did seem to be a difference. It was our sense that when one lives in an area where everyone goes to church, and everyone assumes that everyone else is a Christian, the tendency is for one to take their faith somewhat for granted.

This stood in stark contrast to the believers in New England. At that time being a Christ follower there was unusual. They were a very significant minority. This being the case, it was our sense that many of them tended to make biblical faith more of a priority in their lives than some of our friends in the Bible Belt.

These are simply general observations on our part about the particular areas in which we happened to live. Moreover, things have changed a great deal in the past forty years. These private thoughts are not intended to criticize anyone, and we hope that you won’t take them in the wrong way. We simply share them to make a point.

Could it be that the majority of Americans have known freedom for so long, and that it’s been so common, that we take it for granted? It seems that few remember what it cost the generations that went before, and those who still sacrifice today, to secure our liberties. Might it be that those who hear extreme-left promises that sound so good don’t understand what they’re in danger of losing? Could it be that they are like some Bible-Belt Christians who valued their faith so little because it was so common?

Here’s an important point. If we fail to protect our liberties in 2020 and the fundamental transformation of America starts to take shape, there may come a time when things start to get very challenging. As this begins, it may be that those who took their freedom for granted for so long will start to wake up and realize what they’ve lost. If this takes place, it may give rise to a mighty electoral struggle for the majority of Americans to regain the liberties they surrendered. In that case the resulting America may just be more free than it ever was.

The fact is, strength is tested in adversity, and character is built by trials. If we are unfortunate enough to lose the 2020 election, the silver lining may be that those who took liberty for granted may not let things slip too far before they realize that the sweet-sounding promises they fell for have resulted in bitter realities.

Above all, remember that no matter how difficult things become, our strength and hope are to be found in God. From the moment sin entered this world, those who’ve trusted God have thrived no matter the political system in which they lived. In fact, Jesus reminded us that challenging times would precede his return to earth. He also reminded us that the final victory will be his. In thinking about what life may be like with few political freedoms, recall the words of Jesus in John 16:33 (NIV):

I have told you these things, so that in me you may have peace. In this world you will have trouble. But take heart! I have overcome the world. 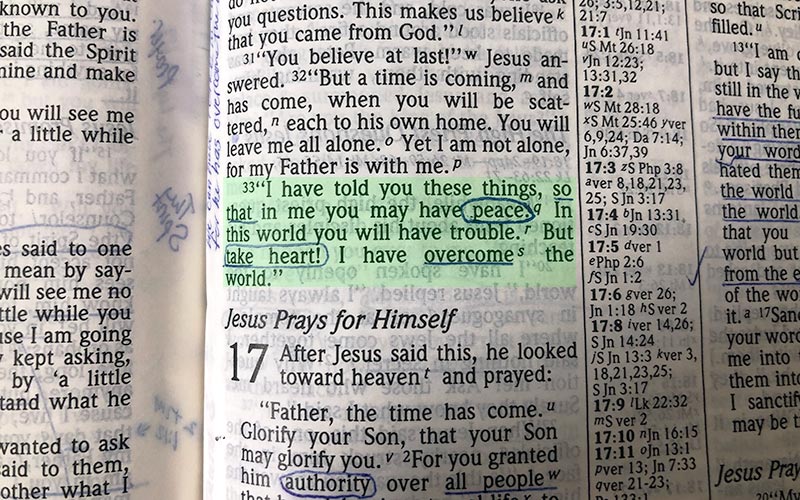 Even in difficult circumstances and in challenging times we can have peace. Let’s commit to doing all we can to help ensure political freedom, even as we know that true freedom is found in Christ alone.