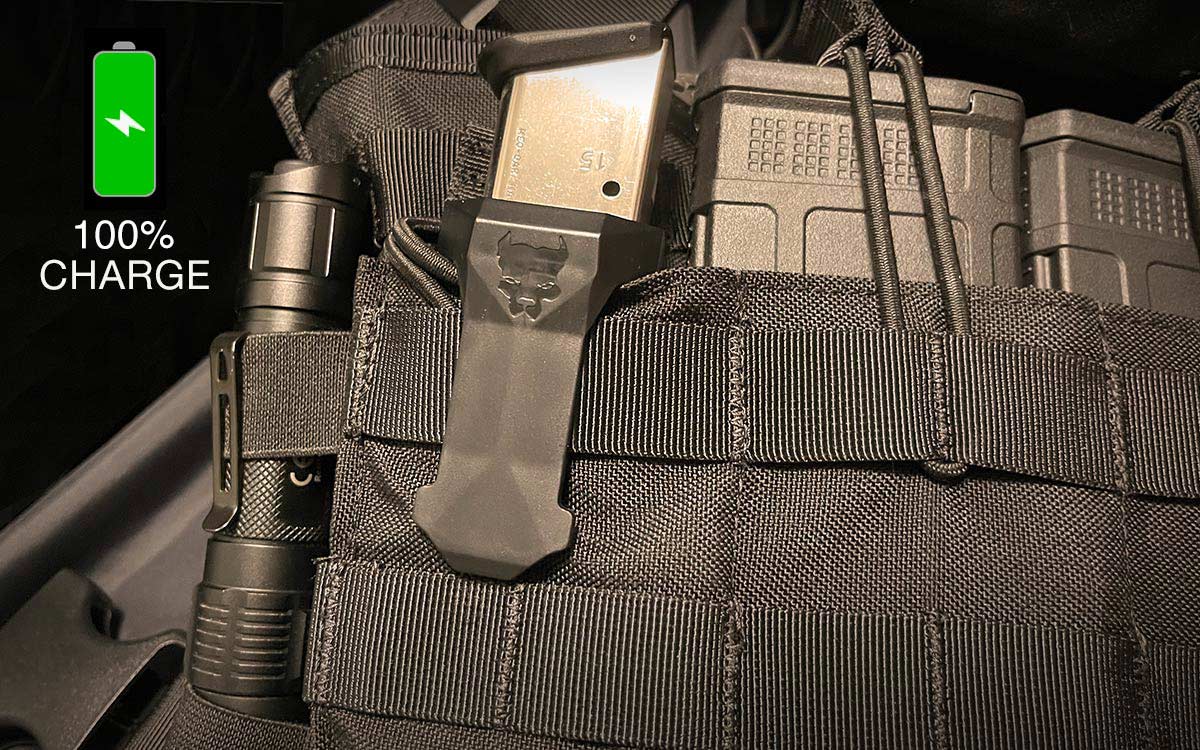 There’s some amazing gear available these days. A good deal of this is digital and requires periodic charging to ensure that it will be effective when it’s needed.

Earlier this year I was shocked to find that I had allowed a tactical flashlight tucked into a chest rig to go uncharged. I generally do a pretty good job of keeping digital gear charged, but I completely forgot about this item tucked deep within our Loadout Level 04 (Residence Survival). When I saw it, I realized that I’d not charged it for a long time. Pulling it out, I clicked the tail cap and… nothing. It was completely dead. In effect, it was in a digital coma.

Forgetting to charge your digital gear can be costly. In the event that I needed this flashlight in an emergency, it would have been useless to me.

Not wanting to repeat this mistake, I worked-up a spreadsheet and listed all the digital items across all our Loadout Levels. The various levels can be seen in the image below. 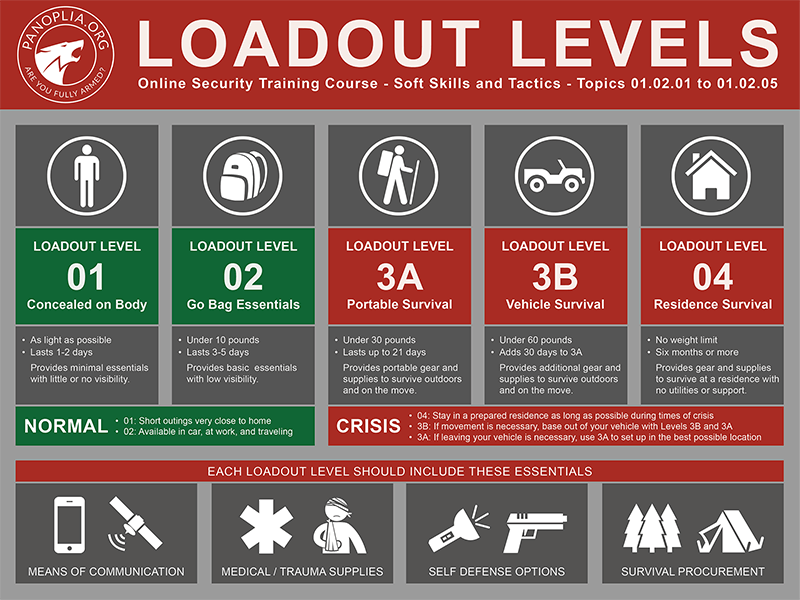 After completing the digital inventory on the spreadsheet, I initially set up my iPhone to remind me to charge all the items every two months. After some thought, I adjusted this to three months. Four times a year seemed more reasonable than six times. I wanted to track how much battery drain there would be for each item over a three-month period. In order to start fresh and have accurate readings, I charged everything to 100% on 01 June 2021.

On 01 September 2021 I charged everything back up to 100%. As I did so, I recorded how long it took. Some of the digital devices have a series of lights to show how much charge is left. Others have a percentage scale. Still others don’t indicate the state of charge at all. It was interesting to note that some of the devices showed 100% after a certain time of charging. However, the charger I use (shown below) shows the amps being drawn as an item charges. 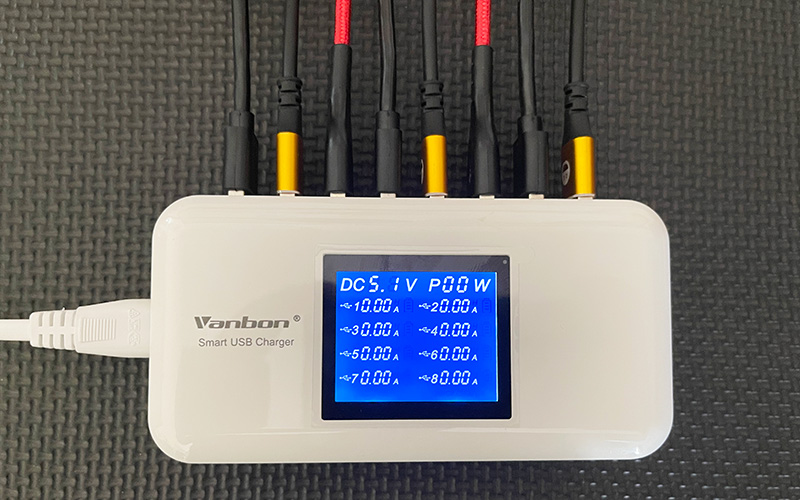 I left the devices connected to the charger until no more amps were being drawn, regardless of the device status indicator.

The chart below shows the time it took to bring the various devices back to a 100% charge after three months of non-use. Items I use more regularly are not listed. 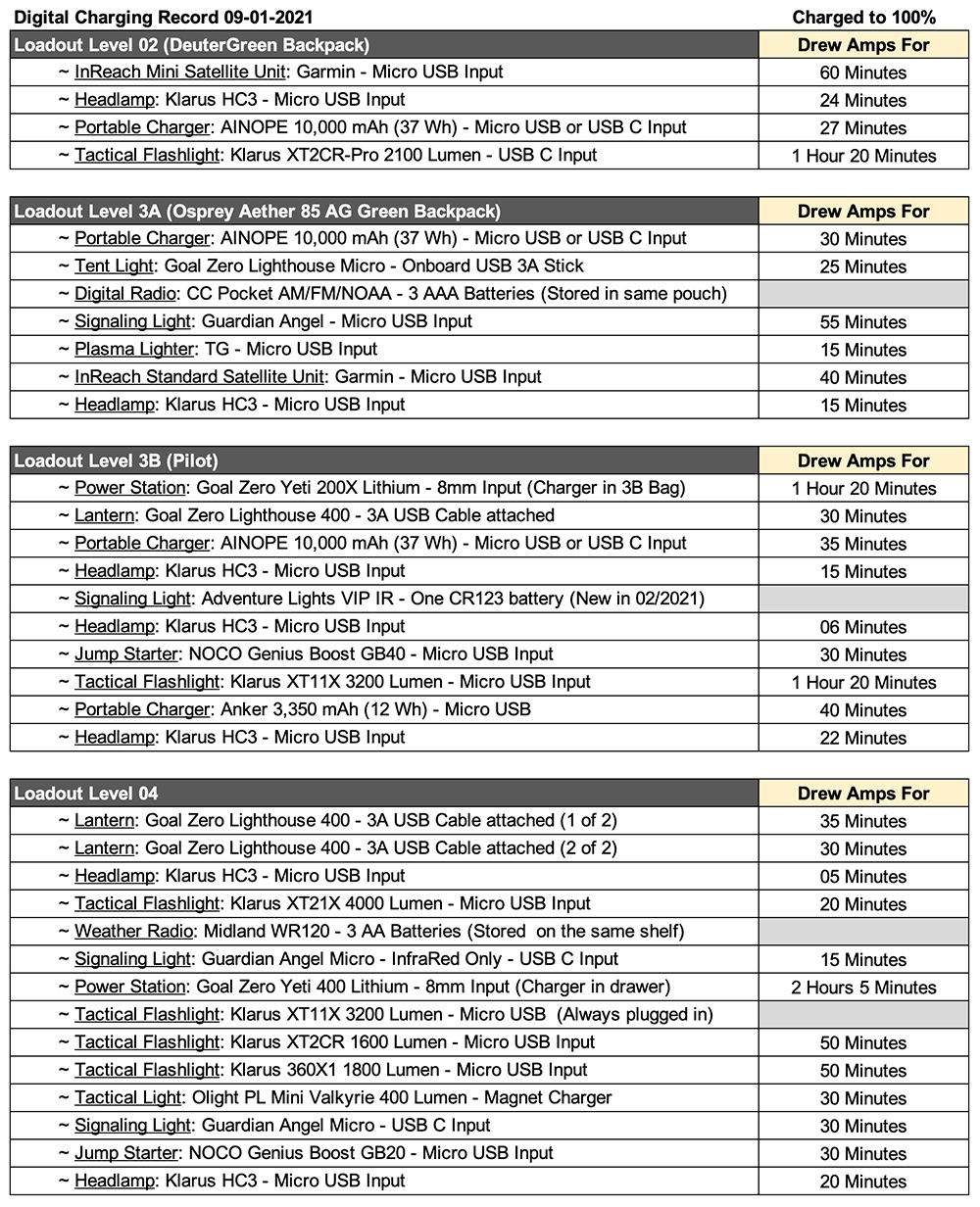 The three month time period seemed reasonable. Most of the items had plenty of charge left after three months to make them very useful during an emergency.

This system of reminding us to charge our digital gear helps us to be more organized. It also helps us to know that the items will be ready if and when needed. We encourage you to consider establishing a charging system that fits your needs and your context.