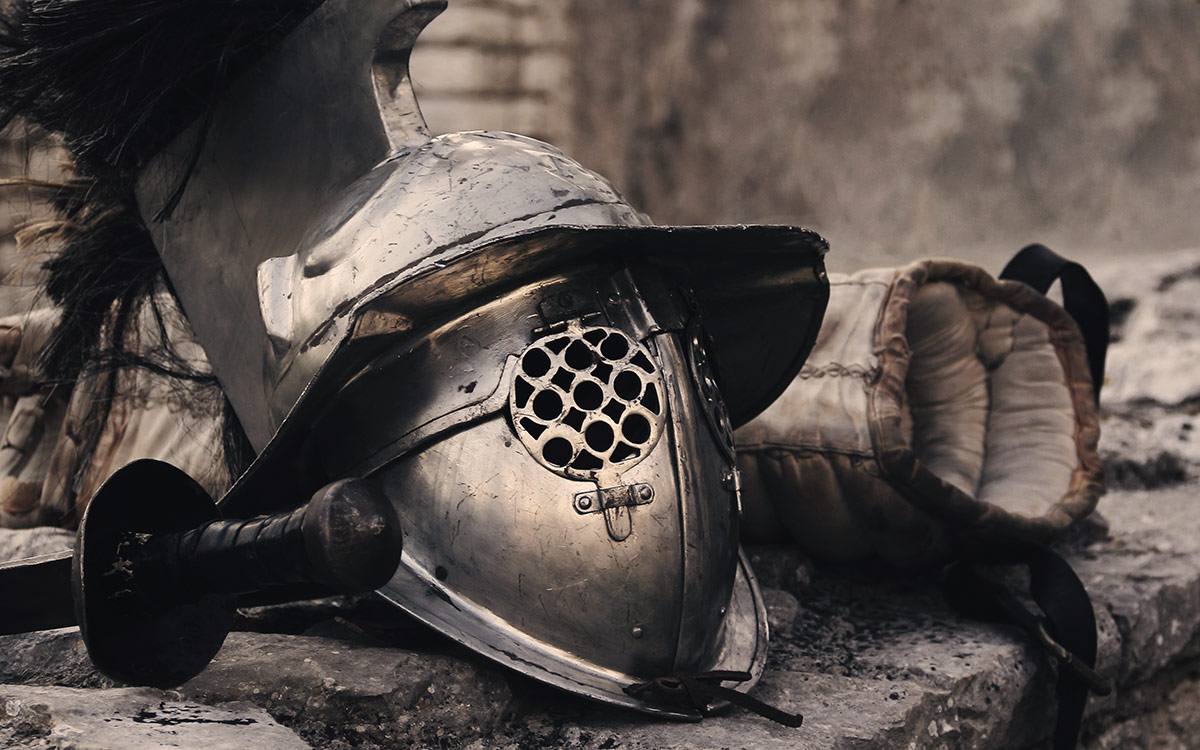 It’s clear from the New Testament that not everyone whom Jesus encountered had the same degree of faith. He commended some for their faith, while he rebuked others for their lack of it. Our English word faith has its roots in the Latin “fidere,” which means to trust. The biblical Greek word for faith, “pistis,” has much the same connotation.

Hebrews chapter eleven is sometimes referred to as the “Hall of Faith.” It begins with a definition. In an older version of the NIV in which I memorized the verse, Hebrews 11:1 stated, “Now faith is being sure of what we hope for and certain of what we do not see.” The Chapter goes on to list how various individuals in the biblical record were commended for their incredible faith in the face of great odds.

When it comes right down to it, having faith means that we take God at his word. We trust God so much, that we believe he has the power to do the miraculous. This being so, people of great faith are willing to take steps that may seem unreasonable to those who lack faith.

Mathew chapter eight includes two examples of faith. One demonstrates amazing faith, while the other represents a lack of faith.

When he [Jesus] had entered Capernaum, a centurion came forward to him, appealing to him, “Lord, my servant is lying paralyzed at home, suffering terribly.” And he said to him, “I will come and heal him.” But the centurion replied, “Lord, I am not worthy to have you come under my roof, but only say the word, and my servant will be healed. For I too am a man under authority, with soldiers under me. And I say to one, ‘Go,’ and he goes, and to another, ‘Come,’ and he comes, and to my servant, ‘Do this,’ and he does it.” When Jesus heard this, he marveled and said to those who followed him, “Truly, I tell you, with no one in Israel have I found such faith. I tell you, many will come from east and west and recline at table with Abraham, Isaac, and Jacob in the kingdom of heaven, while the sons of the kingdom will be thrown into the outer darkness. In that place there will be weeping and gnashing of teeth.” And to the centurion Jesus said, “Go; let it be done for you as you have believed.” And the servant was healed at that very moment.

Think for a moment what this Roman soldier was saying. So great was his faith, that he believed Jesus could miraculously heal his servant without even being present in the same location. It’s no wonder that this and the parallel verses in Luke 7 are the only record of Jesus “marveling” at a person’s great faith.

Just a few verses down in Matthew 8:23-27, Jesus is said to have been sleeping in a boat when a terrible storm arose. Frantic with fear, the disciples with him in the boat woke Jesus, saying that they were all about to perish. Before Jesus miraculously calmed the storm he said to them, “Why are you afraid, O you of little faith?”

These two examples demonstrate the fact that people can have different degrees of faith. Other verses suggest that the same individuals can have various degrees of faith at various times in their lives. After all, later in his life Peter had great faith and trusted God in amazing ways.

So what about you and me? What does Jesus think about our faith as he watches us live out our lives? Does he marvel at how great our faith is, or does he desire that our faith be increased?

It needs to be made very clear that having great faith does not mean that we always get what we ask for or want. It does mean, however, that we trust in the fact that God always does what’s best for us and for those we love and for whom we pray. We all know individuals who’ve not been healed physically when we cry out to God. In such circumstances we might be tempted to think that our faith was not great enough. It’s very clear in Romans 8:28, however, that God always works for the good of those who love him.

There are obviously many more requests and longings we bring to God in prayer than those associated with physical healing. We cry out to God for those we love to trust him for salvation, to be provided for, and to find godly spouses. We seek guidance for ourselves concerning decisions and direction. There are no shortage of needs and concerns. For each one, however, three things are clear:

As you seek God in his word, in prayer, and in listening for direction, look for confirmations and other ways that God will make your path clear. This may well include the advice of others who know and love the Lord, and who know you. To the degree that the Lord makes your steps clear, and that the direction clearly lines up with biblical truth, go forward in faith just as the Roman Centurion did. Trust that God will work things out for good, even if it means setbacks in the short term.

We noted above that Hebrews chapter eleven records great deeds of faith. It helps me to read this every so often for inspiration. If you’d like to be inspired as well, you can read this Chapter HERE.