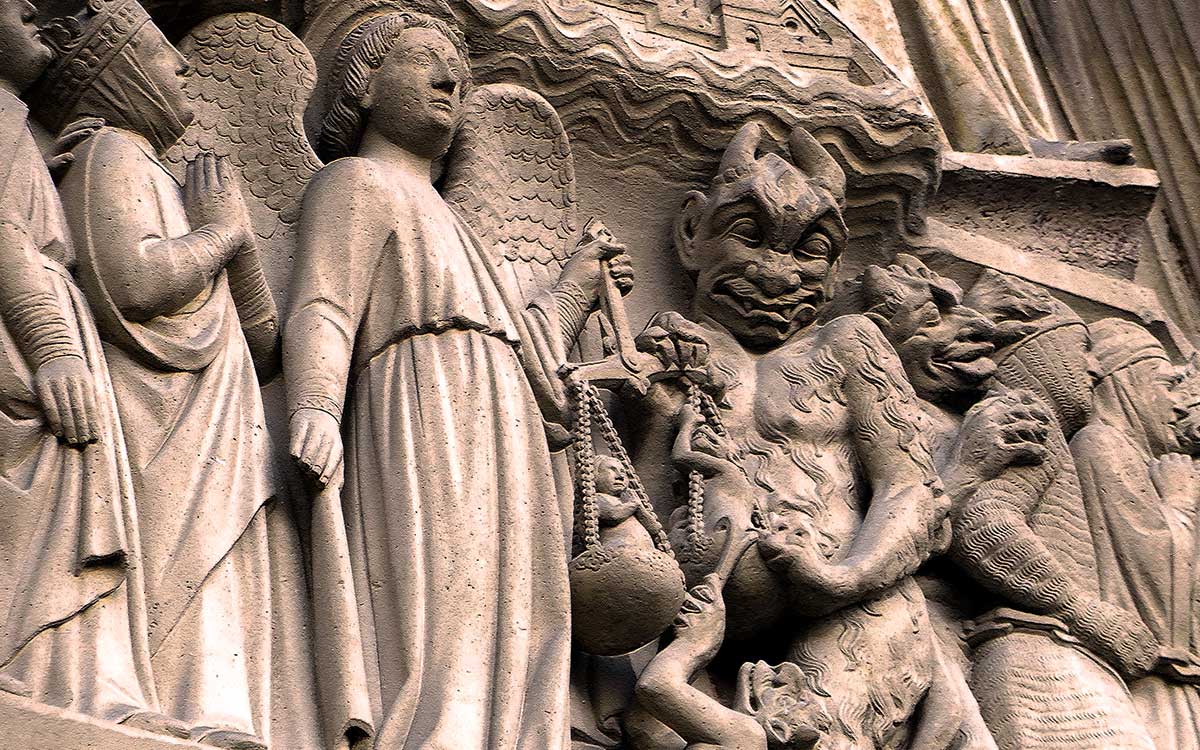 This is the fourth day in the month of July. In the United States we celebrate this as the date in 1776 when the Continental Congress formally declared independence from England. This is remembered as the moment when Patriots living in the American Colonies chose to pursue liberty rather than to endure tyranny. These two concepts, liberty vs. tyranny, stand in contrast to one another. One represents authoritarian rule, whereas the other symbolizes the freedom of citizens to choose their own leaders and to hold those leaders accountable.

Contrasts have been a part of the human condition since the beginning. Eve was enticed by Satan to eat the forbidden fruit. He promised her that by doing so her eyes would be opened and that, like God, she would know both good and evil. Once she and Adam ate, their eyes were, indeed, open to this new contrast. We have been dealing with the fallout of this decision ever since, and many more contrasts have followed.

The good vs. evil contrast is perhaps best illustrated by the objectives of Satan versus those for which Jesus came into the world. In John 10:10 Jesus speaks of a thief as one who comes to, “Steal, kill and destroy.” Many have suggested that this represents Satan. Elsewhere, Jesus speaks of Satan’s objective even more clearly. Luke 8:11-12 (NIV) reads:

This is the meaning of the parable: The seed is the word of God. Those along the path are the ones who hear, and then the devil comes and takes away the word from their hearts, so that they may not believe and be saved.

There are many other contrasts presented to us in the Bible. Among the most helpful to me are those said to represent the fruit of the Spirit versus the desires of the flesh. Galatians 5:16-23 (ESV) describes this contrast in the following way:

But I say, walk by the Spirit, and you will not gratify the desires of the flesh. For the desires of the flesh are against the Spirit, and the desires of the Spirit are against the flesh, for these are opposed to each other, to keep you from doing the things you want to do. But if you are led by the Spirit, you are not under the law. Now the works of the flesh are evident: sexual immorality, impurity, sensuality, idolatry, sorcery, enmity, strife, jealousy, fits of anger, rivalries, dissensions, divisions, envy, drunkenness, orgies, and things like these. I warn you, as I warned you before, that those who do such things will not inherit the kingdom of God. But the fruit of the Spirit is love, joy, peace, patience, kindness, goodness, faithfulness, gentleness, self-control; against such things there is no law.

Today marks 244 years since the Declaration of Independence was formally adopted. It seems that Americans are perhaps more divided now than at any time since the Civil War. Major cities are rocked by protests, riots, looting, and shootings. The latest battle lines have been drawn around the topic of race relations. Media outlets, politicians, and activists are fanning the flames of discord while individual Americans face off against one another in the streets. It’s reported that in some cases even members of the same family are divided over who’s right and who’s wrong, who’s evil, and who’s good.

In addition to the violence shown in the media, it seems common for debates over these issues to erupt into shouting matches and fist fights. Social media is filled with proponents of various sides of the issues arguing with one another by using hateful and vulgar language and threats.

As we witness what’s happening and wonder how to best respond, let’s keep our emotions in check, and encourage those who respect us to do the same. As you watch others, and as you speak or write yourself, think through the contrasts outlined above that represent the fruit of the Spirit versus the desires of the flesh. We cannot control how others think, speak, write, or act, yet we can measure our own thoughts and actions based on this set of contrasts. To the degree that we want to be part of the solution rather than part of the problem, our thoughts and actions will line up with those attributes that are associated with God by being listed as fruits of the Spirit.

Let’s do our best to avoid thinking and acting with enmity, strife, jealousy, fits of anger, rivalries, dissensions, and divisions, and seek to overcome these with peace, patience, kindness, goodness, gentleness, and self-control. Doing so will not only honor God and help us to remain calm, it may also help us to make our views known in a way that may lead others to actually consider what we are saying rather than simply responding in anger.

Whoever is slow to anger is better than the mighty, and he who rules his spirit than he who takes a city (Proverbs 16:32, ESV).