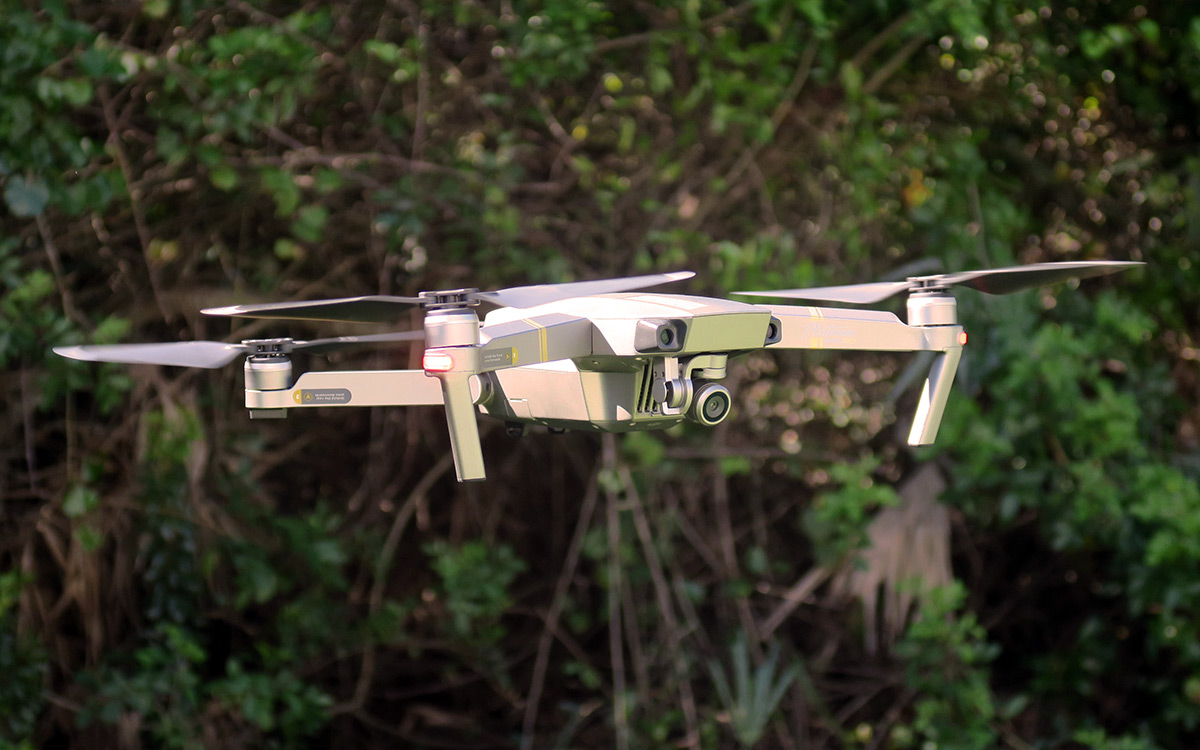 Modern technology has had a profound impact on the military, on law enforcement, and in personal security. I recall a tour guide at the Gettysburg National Military Park once telling me that if a few key commanders had access to a simple set of walkie-talkies, the Battle of Gettysburg would likely have turned out very differently. In a similar way, it’s amazing to think how mobile phones have enhanced personal security. The next time you watch an old movie and someone is in trouble, ask yourself how things would be different if the victim could have instantly phoned for help, and his or her location could be tracked in real-time.

Drones serve as another example of how drastically things have changed. It’s said that as early as the 1790s people were being sent up in observation balloons during military engagements. Knowing what’s happening from a bird’s-eye view gives one a significant tactical advantage. Until recently, if you wanted such a view in real-time you’d have to have access to a helicopter. Few of us can afford such equipment. Even if we could, using this would still not allow us to see very far without being seen or heard.

Now, for well under $1,000, we can launch a drone to get a bird’s-eye view of anything within a two-three mile radius of our location. What’s more, we can view what’s taking place in real-time. We can also take 4K video footage and incredibly high-definition still shots to study after the drone returns home. Not long ago these capabilities would have cost hundreds of thousands of dollars and would have involved teams of highly-trained professionals. It’s hard to understate what a dramatic difference this technology represents.

Two years ago I purchased a DJI Mavic Pro Platinum for under $1,000. The unit is pictured above flying around our backyard this afternoon. I purchased this to test it for security applications. Today this model is discontinued. It’s been replaced by faster, lighter, and more advanced models. It’s worth noting here that The U.S. Government no longer allows DJI drones to be used by government entities due to security concerns in relation to China. Still, what I learned about drones over the past two years, and will share here, remains largely applicable to what’s available today.

As noted above, it’s absolutely remarkable what we can do with a consumer-grade drone today. The image below was taken after our roof had been replaced due to hurricane damage. You can see that our neighbor’s house to the far-left of the image is still being repaired. 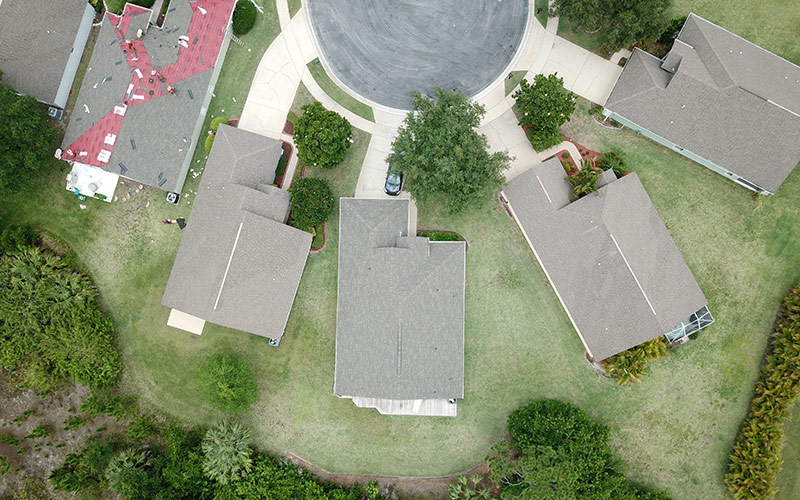 Such an image might seem mundane, yet think about it with security in mind. Without too much trouble you can launch a drone and see what’s happening not simply over your own property, but up to two-three miles away. For example, a few months ago when riots were taking place in major cities there was a rumor that a certain business located less than a half mile from our house would be targeted. The rumored trouble never developed, yet if it had I could have periodically sent up our drone to monitor the situation as it developed. I call a drone in this use-case scenario an “Emergency Observation Device” or EOD. 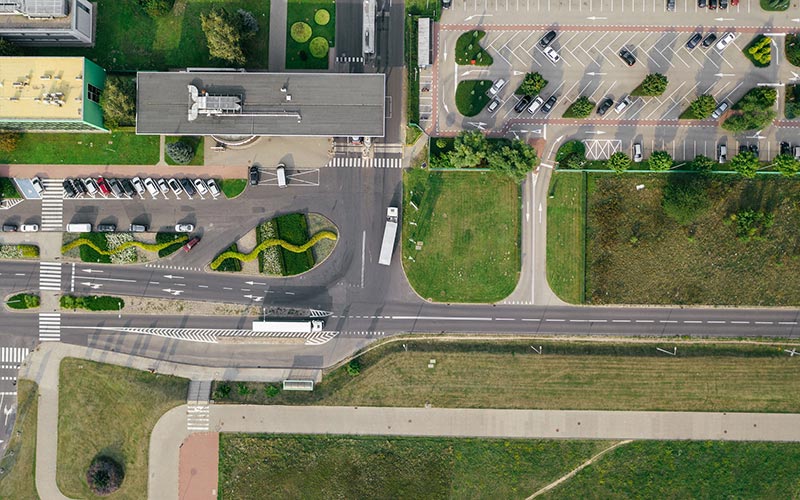 You can probably think of a number of scenarios during which having access to an EOD might enhance your security, and that of your family. The ability to see what’s happening without having to leave your property is a game-changer. This is especially true as violent demonstrations become more normal in the United States, and as groups threaten to bring trouble to the suburbs.

As helpful as consumer-grade drones can be in enhancing security, there are a few frustrations. First, although the drone batteries hold their charge for a long time, the control unit does not. Every time I pulled our drone from the case, the control unit was at zero percent battery charge. 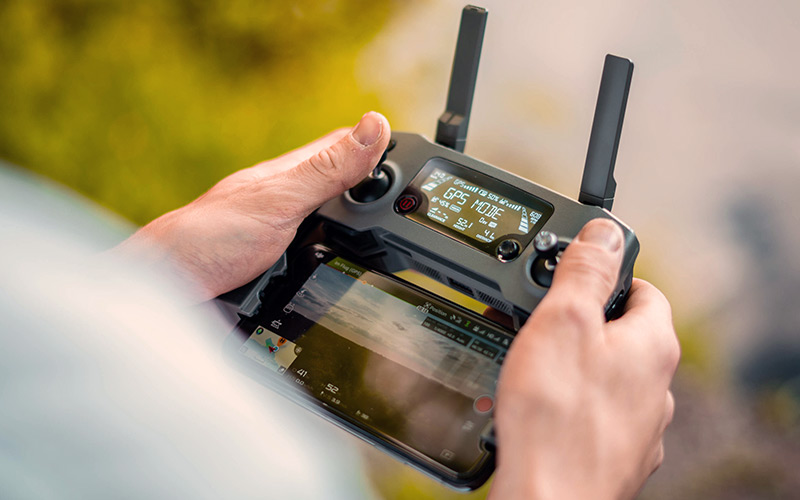 Today is a good example. I’ve not used the drone for a few months. Whereas the drone batteries were almost full, the controller was dead. It took 42 minutes to reach a 50% charge, and 1:45 to reach 100%. So, don’t plan on being able to grab your drone from storage and be up and running in ten minutes. Unless you keep the controller charged at all times, your drone will not be a quick-access EOD. 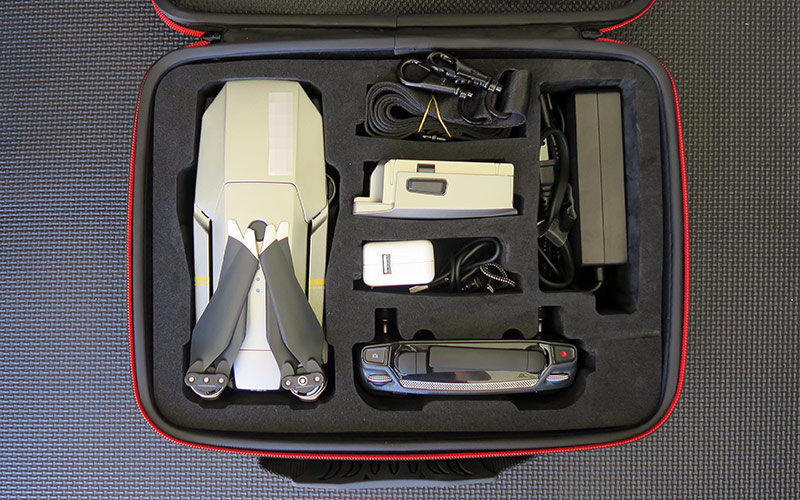 This brings us to the next limitation. The flight-time of these units is rated at 30 minutes per drone battery. In practice I get slightly less. The good news is that the remote unit holds its operational charge pretty well. I flew for fifteen minutes today and the remote still had a 94% battery charge. With two drone batteries fully charged, then, you can be operational for about an hour. A third battery will likely allow you to charge the others between flights, and you may be able to expand your flights for as long as the controller charge lasts.

In practical use as an EOD, however, I would envision sending a drone up every 20-30 minutes or so for just a few minutes at a time. This would allow one to observe what’s happening. Observation time would likely increase to the degree that threats were approaching your location. One factor to keep in mind is that drones do make a distinctive sound. In order to observe movements without being detected, one would have to keep the drone at least a hundred feet away from the people being observed. Variables include ambient sounds and the drone model. It’s likely that newer models will have reduced noise levels. In certain circumstances, however, making it obvious to a violent crowd that they’re being recorded by a drone may influence them to disburse.

Battery issues, flight times, and noise levels aside, perhaps the most frustrating aspect of using drones involves the amazingly-intricate and exhaustive set of government regulations that limit what you can legally do with a drone. This involves a great deal of study and research in order to operate a drone legally. A few of the many restrictions include altitude, distance from an airport, time of day, etc. The list goes on and on. It really does take a good deal of time and effort to understand how and when you can legally fly your drone.

During your research you may be surprised to learn how close you live to what may be considered an airport. There are said to be some 20,000 public or private airports in the United States. Since operating a drone within five miles of an airport is not permitted without prior authorization, many people will be surprised to learn that they cannot operate their drone at home. The decision to operate a drone in restricted areas during an emergency is a choice you would have to make.

If you’re interested in a drone as an Emergency Observation Device, here are a few recommendations. First, consider waiting for a year or so. Drone technology is developing quickly. Lighter, faster, less-expensive, and more capable models seem to be coming out on a regular basis. Second, if possible I recommend not purchasing a Chinese-made drone. The app used by DJI is quite intrusive. When you start it up it seems to want access to far more things on your smartphone than makes sense. Third, consider a drone that weighs less than 249 grams. There are fewer government restrictions on such models, although this may change in the future.

Finally, don’t purchase a drone before you research the many government regulations and restrictions. Know in advance what you can and can’t do. You’ll have to be committed to putting many hours into this process. 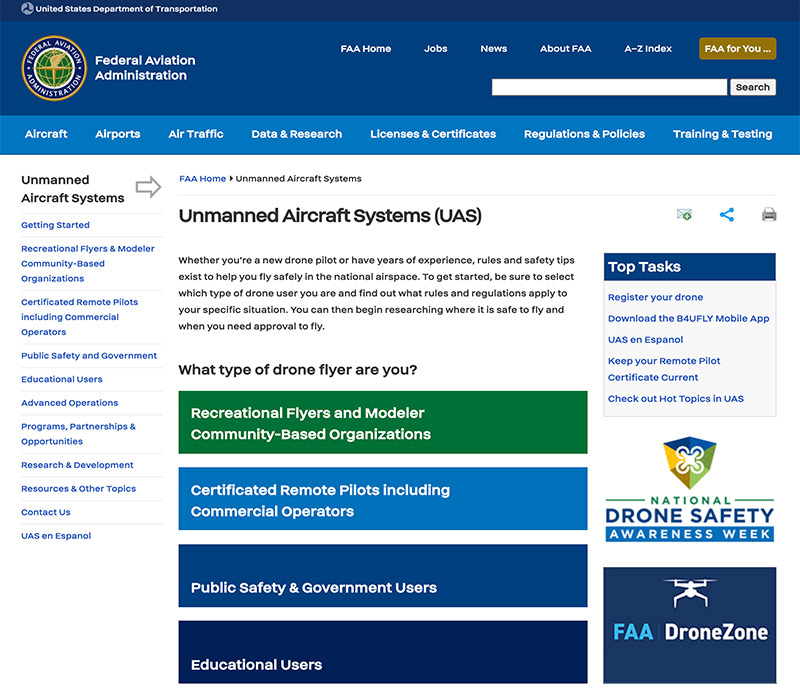 The frustrations and limitations notwithstanding, using a consumer-grade drone as an EOD offers capabilities that were unimaginable just a few years ago. If this makes sense in your context, a drone can be a game-changer.

If you have experience using drones in emergency situations, or if you can think of other helpful use case scenarios, feel free to share your insights in the Comment section below.