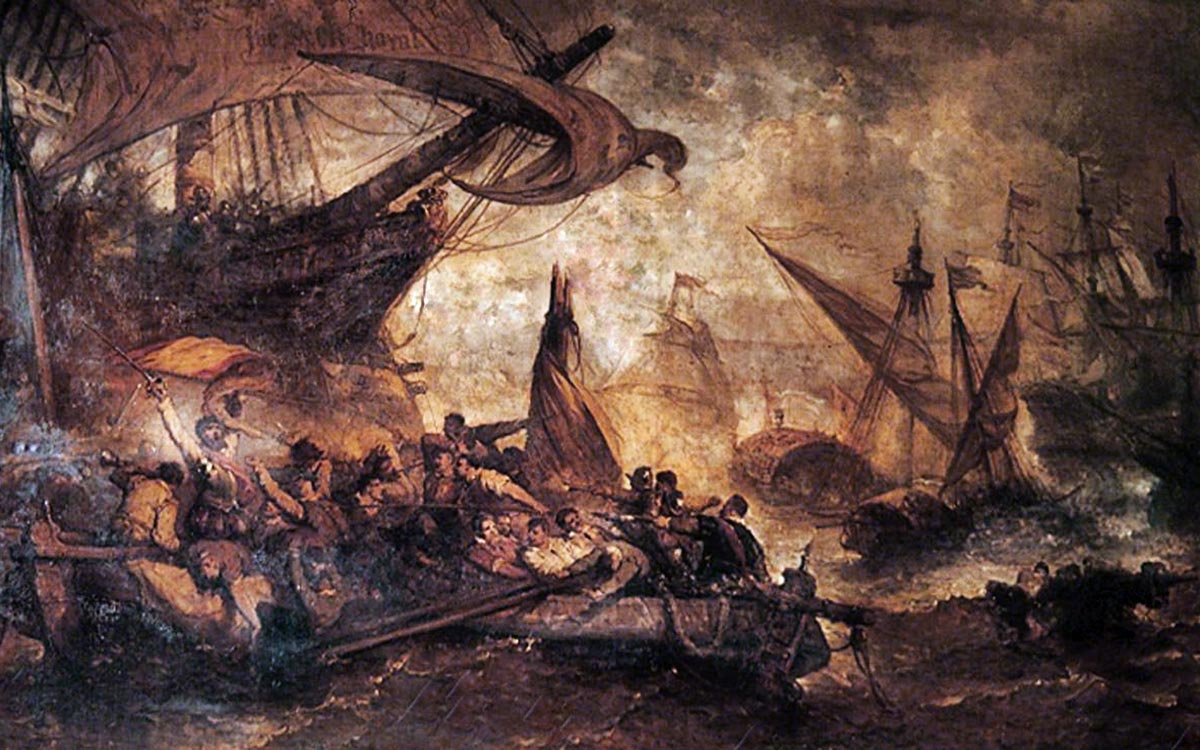 I recently watched a three-hour documentary about the Spanish Armada. In 1588 King Philip II of Spain sent a fleet of 130 warships toward England. The plan was for this Armada to meet up with ground forces waiting just across the English Channel in the Netherlands. The combined force would invade the British mainland, depose Queen Elizabeth I, and add England and Ireland to Spain’s vast empire.

Several of King Philip’s advisors cautioned that the invasion plan was unsound. They explained that once the English Navy spotted the Armada, timing for the linkup between Spanish ground and naval forces would have to be perfect. Neither force could succeed on its own, perfect synchronization was necessary. Given the lack of effective communication, Philip’s advisors suggested that the plan would likely fail.

Philip was undaunted for two reasons. First, he was the most powerful ruler on earth at that time. It was said that the sun never set on Philip’s Empire. Second, Philip was a faithful Catholic. He was enraged when the Protestant Elizabeth took the throne after the death of her Catholic half-sister, Mary Tudor. Philip answered his advisor’s caution of failure by suggesting that since God favored Catholicism, God himself would act to overcome any weak points in the plan. Suffice it to say that Philp learned an important lesson. God seldom blesses arrogance. The Armada was soundly defeated. Elizabeth remained Queen and England remained Protestant. Britannia did, indeed, rule the waves in the summer of 1588.

The root of the word arrogance in Latin has to do with presumption and pride. It’s about an individual having an exaggerated sense of self-worth and a contempt for others. By contrast, the word confidence is rooted in one having assurance not only in his or her own abilities, but in the abilities and good will of those whom he or she has learned to trust.

As I reflect on this, it leads me to think about tactical operators who serve or who have served in the military or with various law enforcement agencies. I suppose my mind goes there due to the connection with the account of the Spanish Armada as noted above. It’s also likely the case because several of my closest friends fit this profile. When I’m around them I’m always impressed with their quiet confidence and humility. This stands in sharp contrast to the arrogance commonly portrayed by some of the former tactical operators who host social media channels. When I compare those I know and those I see on the Internet, I see the line between arrogance and confidence in the following terms:

Confidence says, “We’re going to do our very best in planning, training, and execution, and trust the final outcome to God.

Arrogance says, “I don’t need to put as much into planning and training as others, because I’m just that good. Things will work out, just watch.”

Notice the subtle difference in these two statements. In the first, competency is sought through hard work, trust in others, and ultimately confidence in God. In the second, competency is based on reputation, and confidence is placed in past performance.

Whether in tactical operations, presenting online content, or in everyday life, how hard you work and where you place your confidence matters. This can be seen in the two versus below that have meant a great deal to me over the years:

“God opposes the proud but gives grace to the humble” (1 Peter 5:5, ESV).
“Whatever you do, work at it with all your heart, as working for the Lord, not for human masters” (Colossians 3:23, NIV).

Here’s something interesting to consider. Sometimes, as in the case with King Philip II in 1588, arrogance results in almost immediate failure. At other times, however, arrogance seems to be rewarded. There are countless examples in business, politics, education, and in almost every other human endeavor. This includes those who create online content. In fact, sometimes it seems that those who cross over the line from confidence to arrogance succeed to a far greater degree than those who are more humble.

So what’s the answer? I suggest that the Lord would say it has to do with time. I mentioned in last Saturday’s Encouragement post that I’ve been reflecting lately on Psalm 37. This entire psalm presents a series of contrasts between those whose confidence and trust are in the Lord, and those who follow the path of arrogance that eventually leads to ruthlessness and wickedness. The lessons are clear. The humble who trust in the Lord have a bright future, even if it’s not seen in this lifetime. In contrast, the arrogant who seek their own way at the expense of others will find only ruin.

Verse four of Psalm 37 is of particular interest to many. It states, “Delight yourself in the Lord, and he will give you the desires of your heart” (ESV). Some interpret this to mean that if you put the Lord first, he will give you great things. I prefer to think it means that the desires of one’s heart are adjusted to the degree that he or she delights in the Lord. In other words, the closer we draw to the Lord, the more the desires of our hearts line up with those of His heart. No matter which interpretation is accurate, working hard, trusting others, and placing one’s confidence in the Lord beats depending on one’s own strength and reputation in the end.

You can read the full text of Psalm 37 by clicking HERE.