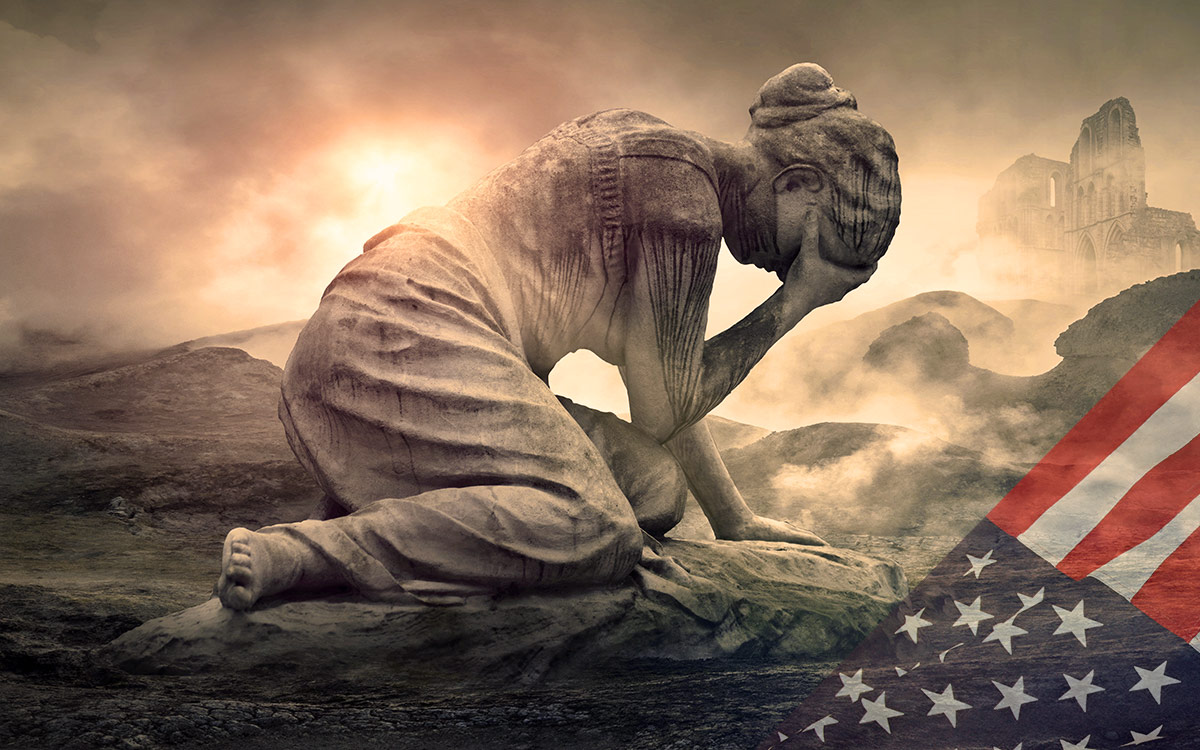 Be still, and know that I am God

The recent election results in the United States have left many devastated. I must admit that I, too, am profoundly saddened for our Country. Can it really be that a majority of our fellow citizens no longer hold life, liberty, and so many other traditional values to be sacred?

To be clear, it’s understandable that many have issues with the current President. There’s no question that he’s a bit rough around the edges, so to speak. And yet, it seems evident that the opposition stood so clearly against life and liberty.

The Declaration of Independence makes it clear that the United States was founded upon the principle that all people were created by God with certain unalienable rights. These include life and liberty. The right to life applies not only to children, but also to the right each human being has to defend himself or herself from threats and danger. During the election it became very clear that one party supported the Second Amendment right to keep and bear arms, while the other promised to significantly curtail this right, or to perhaps do away with it altogether.

Likewise, whereas one party stood for limited government and lower taxes, the other has promoted a dramatic expansion of government control, perhaps even leading to socialism. Clearly, liberty is at risk.

The realization that these and other traditional values seem now to be held by only a minority of Americans is sobering. And yet, it helps remind us that neither our faith nor our hope should be vested in institutions established by man. Instead, we need to recall that it’s God who gives us the unalienable rights of life and liberty.

There are many places in the world where the God-given rights of life and liberty have been severely restricted. In fact, these rights are almost nonexistent in some places. It remains to be seen just how far the majority of Americans will cede control to the Government over the next four years. In the meantime, there are a few things we can do.

It has never been more clear that those in control of mass media are biased against traditional values. The few sources that stand firm against the onslaught are slowly being purchased by champions of so-called progressive ideology. No matter what the underlying ideology of the source, however, one theme is consistent in mass media today. That is, they sell outrage.

Leading up to the November 2020 Presidential election I found myself watching up to two hours of news broadcasts a night. Like many others, I was deeply concerned about the issues, and wanted to learn all I could. After the election and the disappointing results, I determined to not watch any television or streaming news sources. I decided instead to get my news from a few written sources. I find that I can generally learn what I need to know about politics in 15-30 minutes of reading.

This adjustment has made a significant difference. The outrage pushed so strongly by both sides of the right-left divide by news anchors or commentators is far easier to both see and avoid through reading rather than watching the news. I found that this helped settle my heart to a considerable degree.

Another thing we can do over the next four years is to learn again how to engage in calm dialogue with those who hold opposing views. Anger and heated debates seldom result in anything worthwhile. Instead, be patient with others as you have the opportunity to calmly and politely share why you hold the values you do, and why you believe what you believe. If there’s any chance at all that someone with an opposing viewpoint will listen to and consider your positions, it’s likely that this approach will be more effective.

Finally, and most importantly, we need to recall that God knows what’s happening. The election results were not a shock to him. He knows exactly what will happen in the future, and when it will take place. There’s absolutely no better place to be than close to God. Drawing close through reading the Bible, prayer, and in fellowship with other believers will help you know God’s will and direction for your life.

What’s even more amazing is that by drawing close to God we can experience peace no matter how difficult things get. We can know peace when things are going well, and we can know that same peace when things around us are falling apart. That’s why the peace that God provides is spoken of in Philippians 4:7 as surpassing all understanding. We can have peace when all others around us are filled with fear, dread, anxiety, and despair. We can know this peace because we understand that God is in control, and we can place our faith and trust in Him.

Consider for a moment the words of Psalm 46. In the ESV this reads as follows:

There’s so much we can learn from this Psalm. For now, let’s consider just two points. First, we are told to “Be still, and know that He is God.” Given the context of this Psalm, there’s no doubt that it was meant for believers like us during times like these. When others are frightened, anxious, and moved by the latest outrage, we can still and quiet our hearts in the knowledge that God is in control.

Finally, don’t miss the title given to the Lord in verses 7 and 11. He’s referred to as “The Lord of hosts.” It’s generally accepted that in the Hebrew text the word “hosts” refers to armies. Whether these are heavenly armies of angels or armies faithful believers, there’s none that can stand against them.

Whatever takes place in the coming weeks, months, and years, draw close to the Lord of hosts, and know the peace that He provides through Jesus.