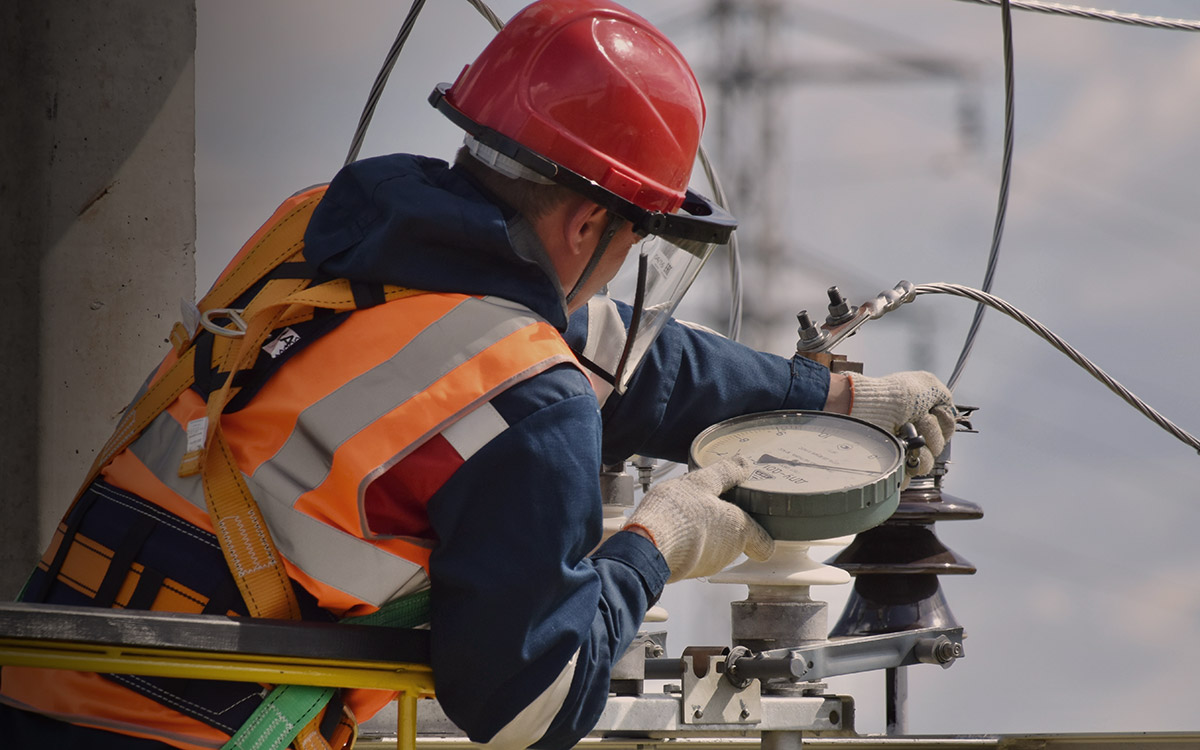 Over the past ten years we’ve had to pull out our old generator several times after storms. This is simply a part of living in Florida. We had a no-name gasoline model that produced a peak of 2,300 watts. This kept our refrigerator, a separate upright freezer, and a few smaller items going for the few days necessary.

We found out early that when using a gasoline generator one should only use non-ethanol gasoline to operate it. If normal gas with ethanol is used and left in the unit, after a few months it clogs up the carburetor. We found this out the hard way. One late night many years ago we pulled out the generator and tried to get it started when the power was out. It would not start no matter how hard we tried. After taking apart the carburetor and thoroughly cleaning every part, including all the jets, it started right up.

A few months ago we decided to upgrade our backup power supply. We did so for a number of reasons. These included the fact that our older unit was extremely loud. Running it at night meant that neither we nor our neighbors could sleep very well. We also wanted to be able to run a few more things than the 2,300 peak watts would allow.

Another factor in deciding to upgrade was the numerous warnings that power outages are likely to increase. Factors noted included an expected increase in storm strength going forward, and the aging American power grid. It may also be the case that the more Russia is humiliated militarily, politically, and economically the more likely they are to conduct cyber-attacks in the late 2022 to 2023 time frame. Power grids are said to be among the targets they have in mind.

Our criteria for a new generator included the ability to run on propane as well as gasoline, at least 4,000 peak watts, quiet operation, and dependability. We also hoped to find an inverter rather than a standard generator. These are intended to provide a more stable supply of power. After some research we found a model we thought looked promising. This is pictured in the image below.

We purchased this unit on Amazon in late February 2022 for $922. After tax is was $987. We recommended this to a friend who purchased it the same week for a bit more. A few days later the price shot up to over $1,300 and stayed there for some time. My son wanted to purchase one as well, but did not want to spend almost $1,500 including tax. He used an app to let him know when the price on Amazon and elsewhere came down again. He was able to get one for about $1,000 including taxes. I was amazed to see that the unit is selling today for $819. I fully expect this to go to over $1,300 again soon.

Our initial testing showed that the unit is surprisingly quiet. It’s rated to run for 21 hours on a normal propane tank when connected to a 25% load. We tested the unit by hooking it up to our indoor refrigerator and our upright full-size freezer located in our garage at the same time. When we did so the Power Meter LED (see red arrow below) did not even register a 20% load. 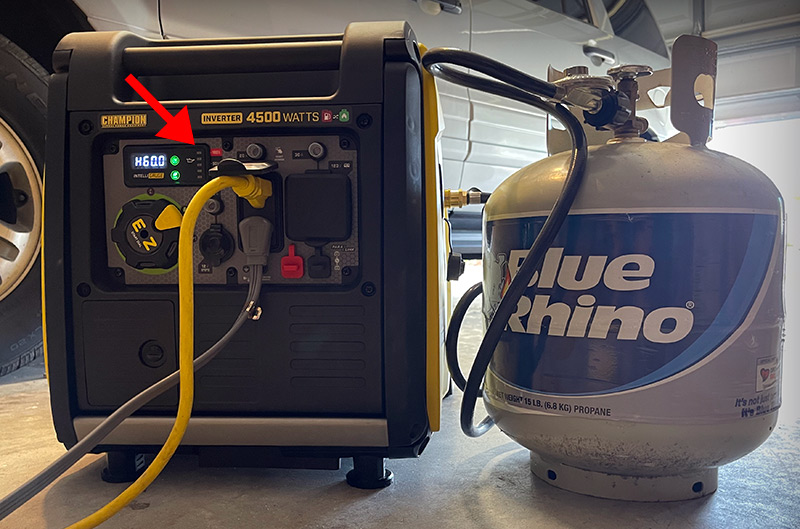 We plan to use only propane, and have purchased four tanks for this purpose. We will only use gasoline if necessary in an emergency. In this way the carburetor will stay like new for as long as gasoline is not used.

This unit is quite heavy, yet it has wheels in the back and a handle in front that folds out to move it around. This unit works well for us. More information can be found by clicking this link.

If you decide to get a backup power supply, we encourage you to do your own research and to ask those who have experience. Don’t forget that you’ll also need 12/3 gauge extension cords to reach whatever it is you plan on powering. Given storms, the aging power grid, and the however slight possibility of cyber-attacks, it’s not a bad idea to have a backup power supply if your budget allows.