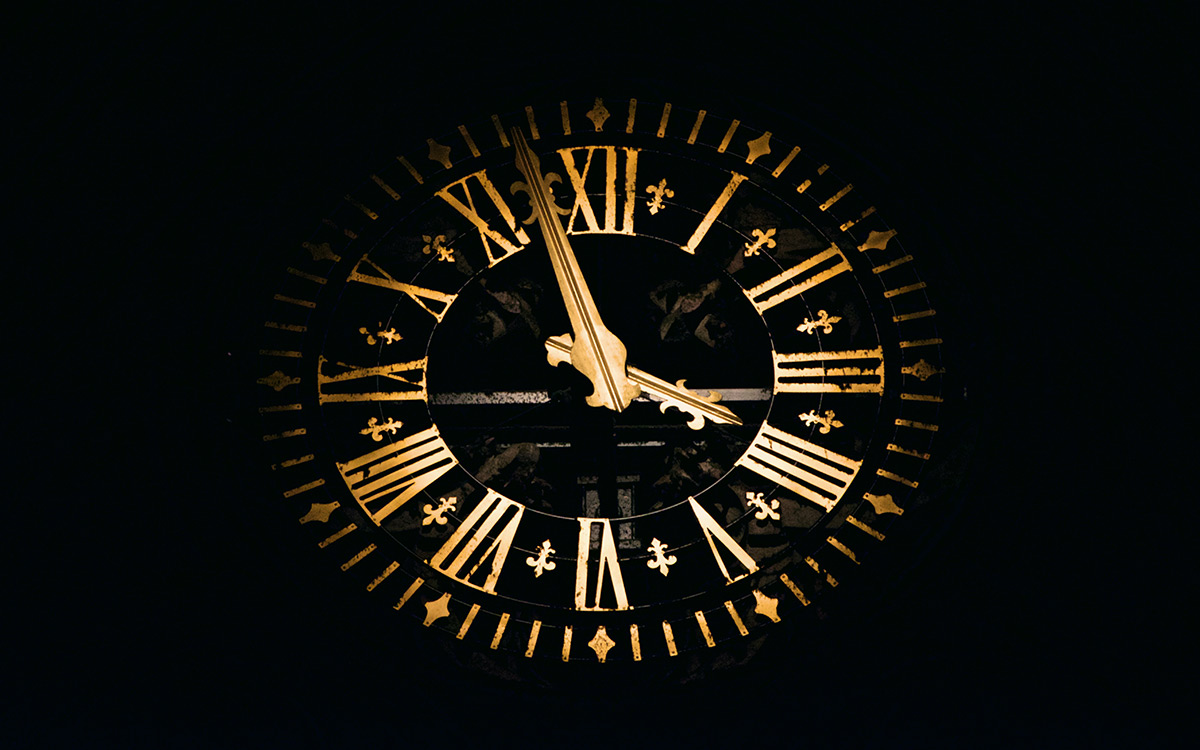 As the End Draws Near – Part Two

In Part One of this series we learned how Jesus made it clear to his Disciples that the end of time as we know it is approaching. They desperately wanted to know when this would take place and what the signs would be. Jesus explained that we won’t know the answer to “when” until the time comes. Concerning “what” the signs would be, Jesus offered some details, yet focused his Disciples attention on a far more important topic.

Rather than the when and what questions, Jesus wanted his Disciples to concern themselves with the “how” of life. In other words, since we know that the end is approaching, how are we to live?

Perhaps it’s part of human nature for us to assume that time will go on forever, and that we need to make the most of the slice of time we get to live. That’s likely why people strive to get ahead of others as they compete in the struggles of life. By focusing our attention on the fact that there’s a set end date, and what one does during his or her time on earth has a direct bearing on what happens after the end, Jesus encourages us to cultivate an eternal perspective.

What does it mean to have an eternal perspective? It means that we live life with the clear understanding that our time on earth represents a tiny fraction of eternity. Moreover, it means we comprehend that what we do during this time, what we do with this tiny fraction, has eternal consequences.

This is the clear teaching of Jesus. This is the unmistakable message of biblical faith. This is the emphasis of all Scripture. A few short passages suffice to make this clear. One is the well-known verse John 3:16 which in the NIV reads:

For God so loved the world that he gave his one and only Son, that whoever believes in him shall not perish but have eternal life.

The second point is that there is no other way. It’s only through Jesus that one can be forgiven and be reconciled with God. Jesus said this himself as recorded in John 14:1-6. This can also be seen in the words of Peter. After he and John were arrested for healing a man, in Acts 4:9-12 (NIV) Peter said to the leaders of Israel:

If we are being called to account today for an act of kindness shown to a man who was lame and are being asked how he was healed, then know this, you and all the people of Israel: It is by the name of Jesus Christ of Nazareth, whom you crucified but whom God raised from the dead, that this man stands before you healed. Jesus is “the stone you builders rejected, which has become the cornerstone.” Salvation is found in no one else, for there is no other name under heaven given to mankind by which we must be saved.

We mentioned at the end of Part One of this series that Christ followers have the opportunity to live lives that are extraordinary. No Hollywood action film or the excitement and thrill people experience while watching films like the Harry Potter series can compare with life in Christ. Why? Because Christ followers are not the only ones who know that men, women, and children have this one shot during life to trust in Jesus for salvation.

Satan and those who serve him know this better than we do. The Bible teaches that Satan has ultimate control over those who’ve not yet come to trust in Jesus. This can be seen in Ephesians 2:1-5 as just one example. These individuals likely don’t realize this, and they may reject any such teaching as fantasy, yet the truth remains. Satan has control over them now, and he will have it for eternity unless these individuals receive Jesus.

These facts set up a spiritual battle that makes the struggles between good and evil as portrayed in Star Wars or Harry Potter look tame. The real spiritual battle that’s been going on since the beginning, and that has dramatically intensified since the death of Christ on our behalf, is nothing short of epic. There’s never been anything like it in all history, and nothing will ever compare.

It’s only those who trust in Jesus for salvation, who love God and sacrificially love others, and who have cultivated an eternal perspective through living life based on biblical truth who truly understand this epic spiritual battle. They know that the struggles of this life need to be put into the perspective of eternity. They strongly desire to use the unique ways that God has created and gifted them to be part of this battle. They want to help ensure that others have the opportunity to trust in Jesus.

The good news is that there are many ways to enter this battle. It’s not just for pastors, evangelists, or over-achieving extraverts. Every Christ follower has something to offer, has a unique part to play. All parts involve risk, hardship, and pain, and all parts have the potential to change the life of others forever.

In Part Three of this series we’ll explore some of the amazing ways that any Christ follower, no matter their personality and experiences, can make a difference for eternity. We may not know it yet, but we all have a thrilling role to play in the epic spiritual battle that rages unseen around us. Finding our part in this battle brings a sense of purpose and meaning to life that relatively few who’ve ever lived have known.