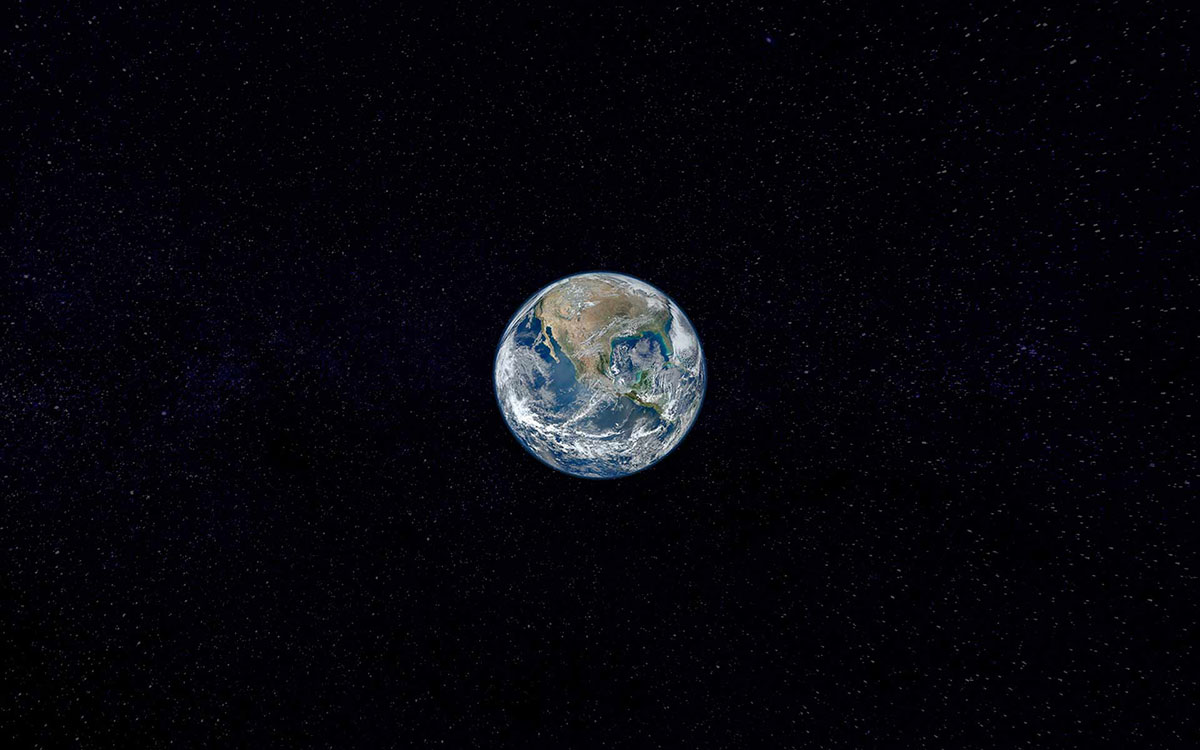 Regardless of the historical context, the geographical location, or the individual circumstances, every human being beholds the heavens and the earth through the lens of perspective. In fact, that’s what the original Latin word means. The word derives from the combination of specere (look at) and per (forward, or through). We see and understand virtually everything by looking outward through a lens shaped and colored by our heritage and experiences. The result is that the people of every culture that’s ever existed have made their best guess about heaven and earth from the ground up.

It was only recently, in a relative sense, that humans had the opportunity to view the earth from another perspective. We now understand more clearly than ever that the universe does not revolve around the small planet upon which we live. For the first time in human history we’ve had the ability to step back, as it were, and look at the earth from a new perspective.

In a similar way it was only recently, in a relative sense, that humans were given the ability to comprehend what it is that surrounds us, and who it is that created it. At some point around the year 2000 BC the Creator of the universe chose to reveal himself to an individual human. His name was Abraham. He lived in Mesopotamia, part of the area we now call the Middle East. Over the ensuing centuries God chose to reveal more through various leaders and prophets. The result is what we now call the Bible.

How do we know that the Bible is more authoritative than the scriptures other faiths? The answer is that we don’t, at least not for sure. And yet, no other faith is based on historical texts and accounts collected and recorded over thousands of years that contain accurate prophecies that were confirmed by miracles. One of many examples is the prophetic words recorded in Isaiah 7:14. Some 700 years before the event, Isaiah prophesied the birth of Jesus. Similarly, throughout his time on earth Jesus confirmed his words and claims in miraculous ways. No other individual in history is recorded as having healed the sick, raised the dead, and foretold his own death and resurrection. That’s not bad evidence. I encourage you to look into it yourself.

To be clear, it’s not my purpose here to convince you of anything. Instead, I’m simply suggesting that you take the opportunity to look at yourself and those you love through the lens of an eternal perspective. Much of the scientific community would have you believe that all the remarkable order we see in the universe resulted from an unplanned explosion. They also suggest that the millions of parts that work together in perfectly-timed synchronization to allow you to live, breathe, walk, think, and perceive were the result of random mistakes and adaptations over millions of years. They would suggest that the same holds true for the countless plants and animals that inhabit the land and seas.

I’ll leave it to you to decide who has more insight into the “Origin of Species.” It may be the men and women who perceive that which surrounds them through the lens of academia. On the other hand, in may just be the one who claimed to be the exclusive way, truth, and life (John 14:1-7), and who confirmed his claims through numerous miracles.

If you’re unsure about what to think, you’re in good company. Even  John the Baptist seems to have wondered. In Matthew 11:2-3, John sent his disciples to ask Jesus, “Are you the one who is to come, or shall we look for another?” The reply of Jesus in the next few verses is remarkable. He ends by comparing people to children who complain to their playmates that, “We played the flute for you, and you did not dance; we sang a dirge, and you did not mourn.” In other words, you are not who we expected you would be, and you are not doing what we expected you would do. It’s clear that they were perceiving Jesus from their own, limited perspective.

It’s often the case that God is not what we expect him to be, and that he doesn’t do what we want him to do. The Bible teaches that we were made in the image of God (Genesis 1:26-27). Our terrible mistake, however, is the lifelong effort to shape God into our own image. We rant and rage. We cry out and accuse. All the while God knows all that we need, and longs for us to seek him that we may find it. An eternal perspective in the biblical sense begins and ends with trust. We trust the One who created the heavens and the earth. We trust the One who sees and knows all. We trust that He knows the beginning, the middle, and the end. We trust that He knows what’s best for us, and for all whom we love. And we trust that He will recompense evil when and how He chooses.

If you’d like to sharpen your eternal perspective, I suggest reading the New Testament book of John. This is the fourth book in the New Testament. There are a number of very good English translations of the Bible. My preference is the English Standard Version (ESV). This is a contemporary English version that holds very close to the original wording. Others find it a bit easier to read the New Living Translation (NLT). The NLT is more a paraphrase than a close translation, yet many find it more readable. I’ve included links below to either version. There are 21 chapters in the book of John. They are presented in the links below one at a time. Click on the arrow to the right of the text to view the next chapter.