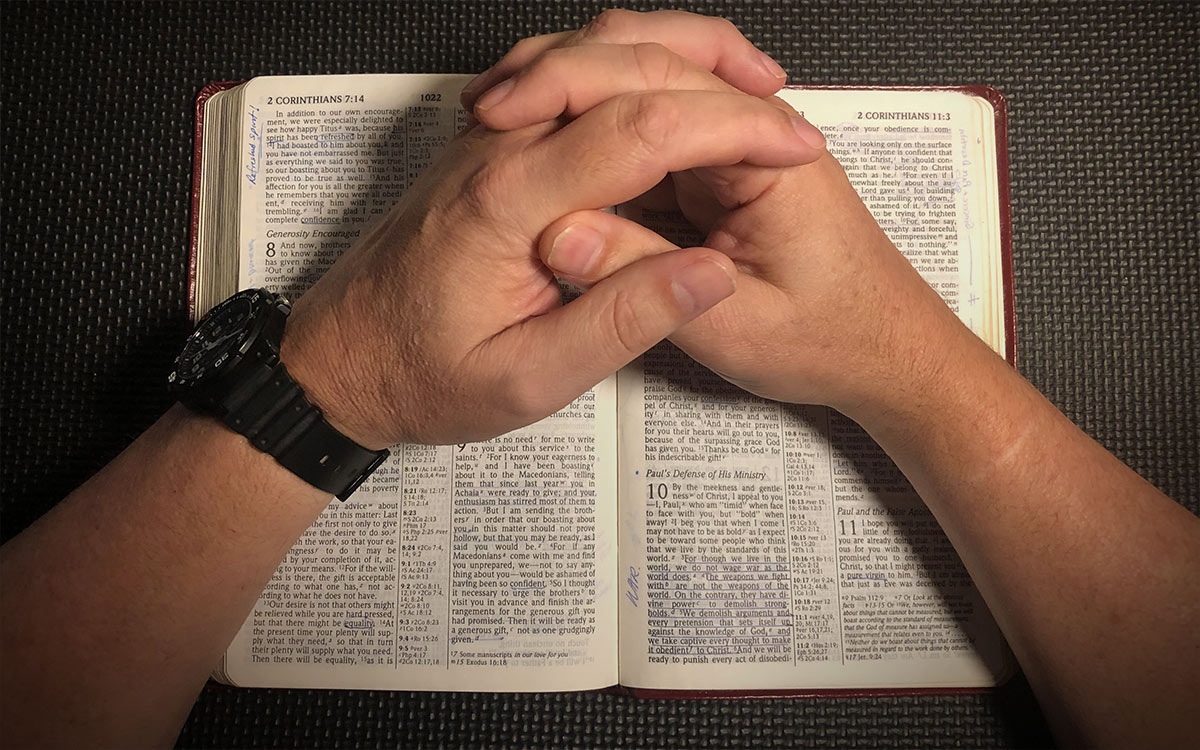 A Call to Prayer

A significant transformation is taking place in the United States at the moment. The inauguration of a new President is scheduled to take place in less than a week.

The individual taking office, and those whom he has chosen to serve in his administration, have made their positions clear. They will work to move America away from traditional values. They hope to “progress” toward values and policies based on their own views rather than on what has worked for America since its founding.

It seems evident that we are in for an onslaught of reforms rooted in Progressivism and Socialism. Since those who hold these ideologies will control the Executive and Legislative branches of government, it’s likely that lawmakers who cherish traditional values such as faith, individual responsibility, limited government, and the right to defend oneself will be unable to hold back the tide of far-left reforms.

It’s also likely that those taking power will work to restrict freedom of speech for those who dare to defend traditional values. The technology monopolies have already demonstrated that they are on board with such efforts.

The First Amendment to the United States Constitution was passed by Congress on September 25, 1789, and was ratified on December 15, 1791. It states:

Congress shall make no law respecting an establishment of religion, or prohibiting the free exercise thereof; or abridging the freedom of speech, or of the press; or the right of the people peaceably to assemble, and to petition the Government for a redress of grievances.

It’s an open question concerning the degree to which the incoming Administration and their tech-giant comrades will work to limit the free exercise of faith as protected in the First Amendment. There’s no question, however, that efforts to control and limit the practice and sharing of biblical faith have been underway since Jesus began his ministry. The New Testament has many accounts of governments and leaders seeking to harm or kill Jesus and his followers. When they were unable to do so, they worked to limit the spread of biblical faith. Romans 1:18 hints at one of their primary objectives. In the NIV it reads:

The wrath of God is being revealed from heaven against all the godlessness and wickedness of people, who suppress the truth by their wickedness.

Did you catch it? A primary objective of those who reject biblical faith is to suppress the truth. In fact, many leaders today suggest that there is no such thing as absolute truth. In direct contradiction to biblical teaching, they suggest that all truth is relative. Naturally, they build on this supposition by suggesting that their particular version of the truth is supreme and should be accepted by everyone else.

In the face of the overwhelming power and control now in the hands of those who will likely seek to transform America into their own image, some opponents have suggested that conflict is the answer. A “Call to Arms” has sounded from many quarters. There may be a time when it becomes necessary for those who hold to traditional values in general and biblical faith in particular to defend themselves through armed resistance. This is a reality today in various parts of the world. We do not think this is the case for the United States at this point in history, and we sincerely hope it will never be necessary here.

Instead, we are sounding a “Call to Prayer.” For those who doubt the effectiveness of prayer and perhaps see it as weakness, we would remind you of the words found in 2 Corinthians 10:3-5a (NIV):

For though we live in the world, we do not wage war as the world does. The weapons we fight with are not the weapons of the world. On the contrary, they have divine power to demolish strongholds. We demolish arguments and every pretension that sets itself up against the knowledge of God.

It’s tempting to think that waging war with today’s advanced battlefield weapons is more powerful than prayer. After all, it can be gratifying to see physical structures erected by one’s enemy come crashing down. And yet, we should never underestimate the awesome power of God. The passage quoted above speaks to the divine power of God to annihilate strongholds of evil and to crush the pretentious arguments of those who deny truth in favor of the man-made ideologies they champion.

Genuine Christ followers who pray in faith wage spiritual war with power that is unimaginable to an unbeliever. It’s true that not everything we pray for takes place. It’s just as true, however, that every prayer offered in biblical faith is heard and answered. The answer may be yes, no, or not right now. God alone knows what’s best for all of us. He knows whether it’s better for the United States to descend into far-left chaos than to be brought back toward traditional values at this time in history. We need to remember that God’s view is above our own, and he alone can see with eternity in mind.

And yet, the Bible is clear. We are to stand firm in biblical truth and to pray for our country. 1 Timothy 2:1-4 (NIV) states:

I urge, then, first of all, that petitions, prayers, intercession and thanksgiving be made for all people – for kings and all those in authority, that we may live peaceful and quiet lives in all godliness and holiness. This is good, and pleases God our Savior, who wants all people to be saved and to come to a knowledge of the truth.

Recall that James 5:16 declares, “The prayer of a righteous person is powerful and effective.” If you’ve never experienced the power available to a Christ follower in prayer, this is your time to join the fight. Waging war through prayer, through speaking the truth in love, and by living out the Fruit of the Spirit among all those whom one meets is far more powerful for God’s purposes than all the weapons of this world combined. There is nothing in all creation that can stand against the one who created everything.

There may be dark days ahead in America for those who love God and love liberty. And yet, we are by no means without hope. In the days ahead, let’s draw closer to God than we’ve ever been before. Let’s dive deep into his Word, the Bible. Let’s pray as we’ve never prayed before. And let’s ask God to give us eyes of faith to see him work when others see only darkness. Be encouraged, Christ follower, the coming days hold great promise for those with the eyes to see it and the ears to hear it.