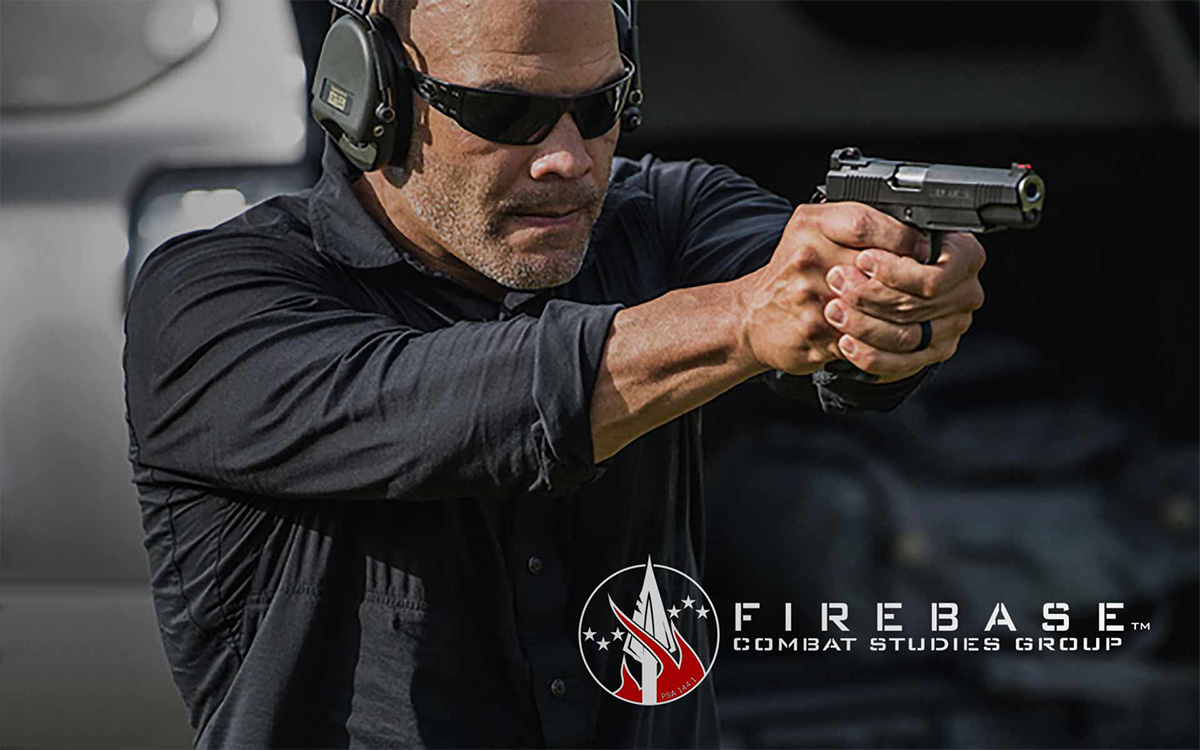 An Interview with Danny P.

Background: A U.S. Marine with years of service in various law enforcement agencies, the Federal Government, and private security, Danny specializes in high-risk operations. He currently works as a contractor within the Department of Defense. Danny is a Panoplia.org team member.

When did you start Firebase CSG?
I started Firebase Combat Studies Group (CSG) in 2005. It eventually expanded to involve a number of security specialists who participate in research, training, and other security-related activities. In 2008 we opened CrossFit Firebase. We sold the gym in 2015, but the Firebase community and Combat Studies Group has grown to include dozens of close friends and colleagues.

Why did you choose the name Firebase?
A firebase is a military forward operating position. It’s typically in the middle of “bad-guy” country. The minute you leave the walls of a firebase you’re in enemy territory, and are expecting to be attacked. So the mindset and thought process on a firebase are different, and the lifestyle is very different. The focus is not really about if you’ll meet the enemy, but when. On a firebase you’re constantly training and honing your skills. This includes weapons handling, combatives, your physical fitness, etc. It’s a disciplined and focused lifestyle. When you come home to the U.S. it’s not uncommon to lose that edge. I chose the name Firebase because it keeps me focused on that mindset and lifestyle of always being prepared. For the most part I’ve tried to maintain the firebase mindset. For example, I try to go to the range at least once a week and physical fitness is an important part of my lifestyle.

Given your role I know you can’t go into much detail, but in general what hard skills have you focused on lately?
I always focus on shooting because it’s a perishable skill. There are holes in everybody’s game. No one can be an expert in every skill area. I focus a lot on handgun and rifle, and try to identify the holes in my game. Right now, I’m working on improving my long-range precision rifle shooting. There’s always something to learn, I don’t care how long you’ve been in the business or who you are, there’s always more to learn. I’ve also focused a lot on combatives, and I’m planning to expand those skills by working on another one of the martial arts.

Hard skills are critical to your role, but you also rely heavily on soft skills. Can you speak to the need for soft skills training?
Soft skills are something that I really emphasize because if you’re good at soft skills you can keep yourself out of trouble. If you’re good at awareness and observing your environment you’ll pick things out and see them start to build. This might be tension before a fight, or just a person who doesn’t fit in a certain environment. Understanding the decision-making process, observation, the attack cycle, and detecting surveillance are all things that fall under the soft skills umbrella. You’ve got to be well rounded in each of these areas. You also have to be willing to take action when it’s necessary to do so.

It seems like many people these days are focused on how to survive an economic collapse and the chaos that might follow. You and I have both worked in chaotic areas overseas. We’ve lived among local populations, and often had to deal with challenging situations on our own or with a small group. What insights can you share to help others survive in a scenario like this?
It would take a long time to answer that question, but there are a few things that come to mind right away. You have to have a prepared mindset for scenarios such as a natural disaster or the grid going down. There are likely going to be individuals and gangs who fight for food, water, gas, and other essentials. I’ve seen people at each other’s throats just a few hours into such a situation. Preparing beforehand to have the food, water, and medications you need is crucial, but relationships are also very important. Setting up a community of like-minded people beforehand who could work together during such times is key. There are skills people in such a group would need to have. These include not only the hard skills, but also soft skills, medical, survival, technical, communications, etc. Think now about what you might need in a scenario like this and be prepared.

You mentioned community. When I think about the Firebase community one of the words that comes to mind is loyalty. It seems like there’s an un-written, yet well-understood, warrior code that binds individuals together. What are some of the values that serve as a basis for the Firebase community?
One of the core values is faith. I’ve not hidden my walk with Christ. It’s at the forefront of who I am, and it’s the basis for my family. A lot of the Firebase community are not believers, yet they still feel a connection. A lot of the people drawn to this community have a warrior ethos in them, and a lot of them don’t yet understand that it’s God who gave them that warrior ethos. They were designed to do what they do, to protect and serve, and to give their life if they had to. I often hear guys say that the Firebase community just feels different, that there’s something different here. It’s like when we had the CrossFit gym. Guys would walk in and see the Proverbs 27:17 verse that says, “Iron sharpens Iron.” They would want to know what that means. They may not come to faith, but once they understand what that means they have a sense of fulfillment within them and want to help others who may not yet have a skill-set in this arena.

Another aspect that surprises me about the Firebase community is how people carry themselves. They have what I call quiet confidence, and are pleasant to be around. Even though many have skills and experiences that could serve as the basis for a Hollywood action film, you would never know it. This stands in contrast to the stereotype that highly-skilled tactical operators are supposed to be tightly-wound, a bit mean, and wear a perpetual scowl on their face. So what makes the Firebase community different?
Those stereotype personalities do exist in the business, but I choose to surround myself with people who are humble, capable, have that quiet confidence, and who treat people with respect. I can’t stand being around arrogance for longer than I have to.

The vision for Panoplia.org is not only to share knowledge and to sharpen one another’s skills, but to eventually build an online community that resembles what Firebase represents. Do you think this is possible to some degree?
I think it is possible. There’ll be people who gravitate to this mindset. I’ll give you an example. One of the first articles I wrote for a firearms magazine was about the warrior ethos and where I believe it comes from. This was for a secular gun magazine, and I quoted Proverbs 6:16-19 which reads: “There are six things the Lord hates, seven that are detestable to him: haughty eyes, a lying tongue, hands that shed innocent blood, a heart that devises wicked schemes, feet that are quick to rush into evil, a false witness who pours out lies and a person who stirs up conflict in the community.” The concept of integrity can clearly be seen in these verses. Integrity is one of the highest virtues, and it’s a foundation of the warrior ethos. Integrity includes the deliberate desire to honor God in every action we take. After that article came out I received a lot of email messages from people saying they loved it, they needed to be more like that, and for me to keep writing articles. So I think there’s a hunger for this, and that a lot of people want to be part of a community like this. So, yes, I think the Panoplia.org online community will attract a lot of people who are warriors at heart. 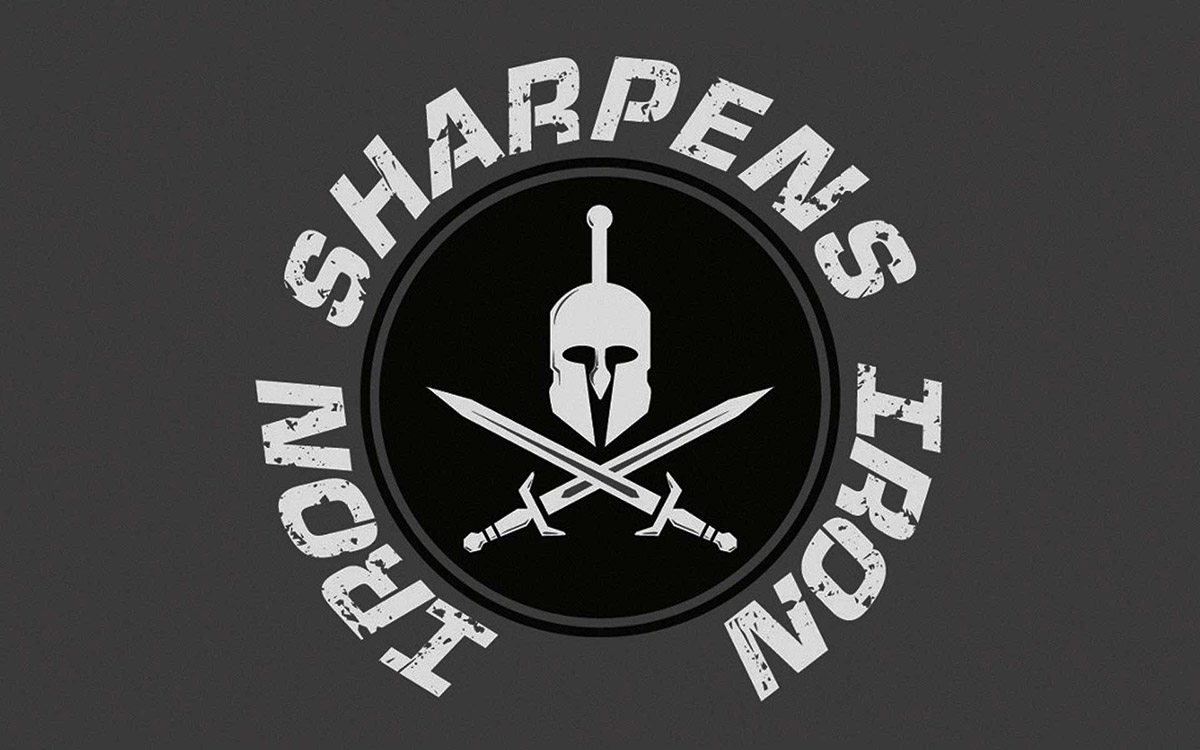